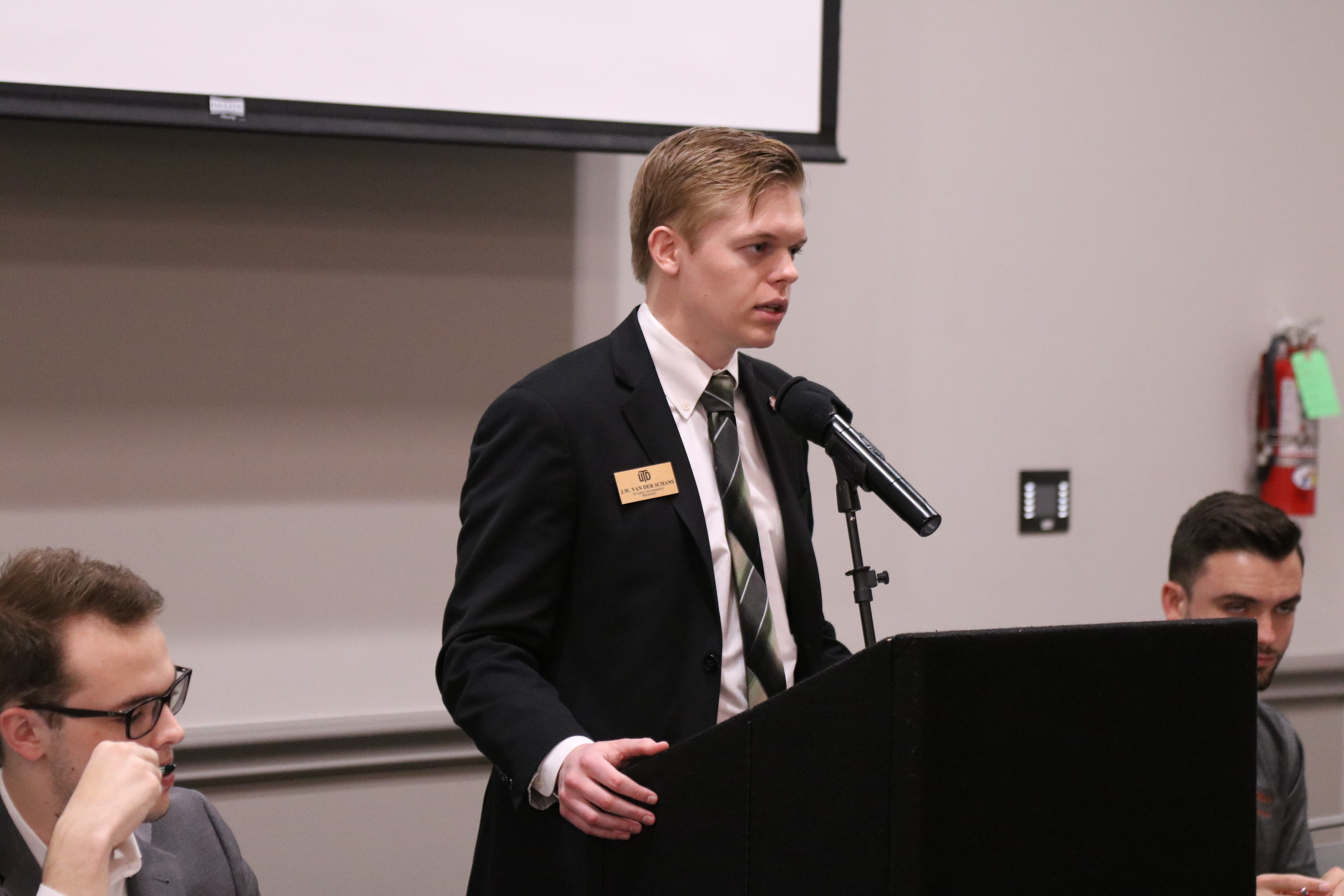 The president of UTD’s Student Government pulls over a chair from his corner office and takes a seat next to the desk of his vice president. While SG’s election day edges closer, neither man will occupy these seat much longer. Soon new representatives will arrive to take their mantle and act as the primary voice of UTD.

When Van Der Schans and Holcomb began their venture as president and vice president of SG, they entered into leadership on the platform of CometUnity, with an emphasis on improving both communication within SG and student involvement as a whole. Van Der Schans said developing transparency and availability has been in constant development and he admits student involvement is always in need of improvement.

“Alex and I came into this year with a drastic uphill battle in terms of not a lot of students knowing about SG and not many caring,” Van Der Schans said. “I think from our side, communication has improved a lot. Utilization of social media has improved a hundred-fold, and I feel like the idea of us being here and being available is also been transmitted the best we can. But (student involvement) is going to be a perpetual issue that needs resolution.”

Though Van Der Schans and the rest of SG continue to work towards that resolution, SG’s outgoing president said he is most proud of the steps he and his fellow senators have taken to advance engagement and involvement with UTD’s faculty and staff.

“I’ve heard time and time again that this year has been a really great year in terms of building relationships with staff,” Van Der Schans said. “SG has the ability to act in a number of ways — use our budget, use our influence — but at the same time, certain projects need cooperation with multiple departments and offices to actually get them done. So I think that that reputation increase is really important for SG going forward.”

Perhaps the accomplishment Holcomb said he is most proud of is the institution of the arts initiative on campus, which allowed for an additional piano to be placed outside the Student Union, funded a mosaic on the northern wall of the School of Management and will aid in placing student-produced art around the SU.

“I’ve been working on (the art initiative) since the beginning of this year,” Holcomb said. “I’ve seen it come from an idea to now having the JSOM mosaic about to be completed. The rest will be done by the end of summer, and I’m still going to be here for that, so it’s going to be rewarding to see that come to fruition.”

These are only two of a dozen projects which SG completed, out of the roughly 25 proposals made throughout last year. While an estimated 20 percent of the recommended programs were never completed, another third is in the process of being approved and executed. SG also has a surplus of roughly $19,000 left to spend, almost half of the original budget.

From the $31,000 originally apportioned to SG, $5,000 was allocated to the arts initiative, $1,200 to health and wellness pamphlets in the residence halls and another $3,400 appropriated for the senators’ 2017 fall retreat. Van Der Schans explained, however, that the expansive surplus was not due to a lack of productivity, but rather an abundance of cooperation and generosity from UTD organizations and administration.

“The surplus seems bad, but the majority of the projects that we’ve worked on have either been low cost or the groups that we’ve worked with have been very generous in volunteering their funds or thinking that it’s such a good idea that they just front the cost anyways,” Van Der Schans said.

The SG president also explained that $15,000 of those funds will be allocated to ongoing projects before the year’s end, with $4,000 put aside for the next administration to utilize throughout the summer. Van Der Schans and Holcomb provided possible suggestions as to how their successors could apply their money and time towards future improvements.

“I would say the biggest thing is to never plan a project on your own and to really reach out to other groups to get projects from them,” Van Der Schans said. “Obviously we’re elected to represent student opinion, but sometimes that opinion changes and you need to reach out and see if that perspective has changed.”

Holcomb emphasized the need for a more efficient and driven SG.

“For me, I think the biggest improvement would just be increasing the government efficiency of the next Student Government. Not to say that we weren’t — I think we were more efficient than the last group — but I think that it could always improve,” Holcomb said. “A senator can accomplish so much and if you can get them to understand that and get them to invest in it, I mean, that’s the biggest improvement I can see.”

While Vice President Holcomb hopes to serve as a senator in next year’s SG with members of the Catalyze ticket, Van Der Schans will be leaving SG to pursue his graduate degree. However, he hopes to remain available with the next administration to provide advice and serve UTD in any capacity he can.

“I’m still continuing grad school here, so I still have one more year after this. In terms of Student Government, I probably won’t be involved,” Van Der Schans said. “I feel like it would be a huge disservice if I joined (Student Government) and wasn’t able to commit a lot of time. I may talk to the new president just to give advice or to answer questions, but being a senator probably won’t be in the cards.” 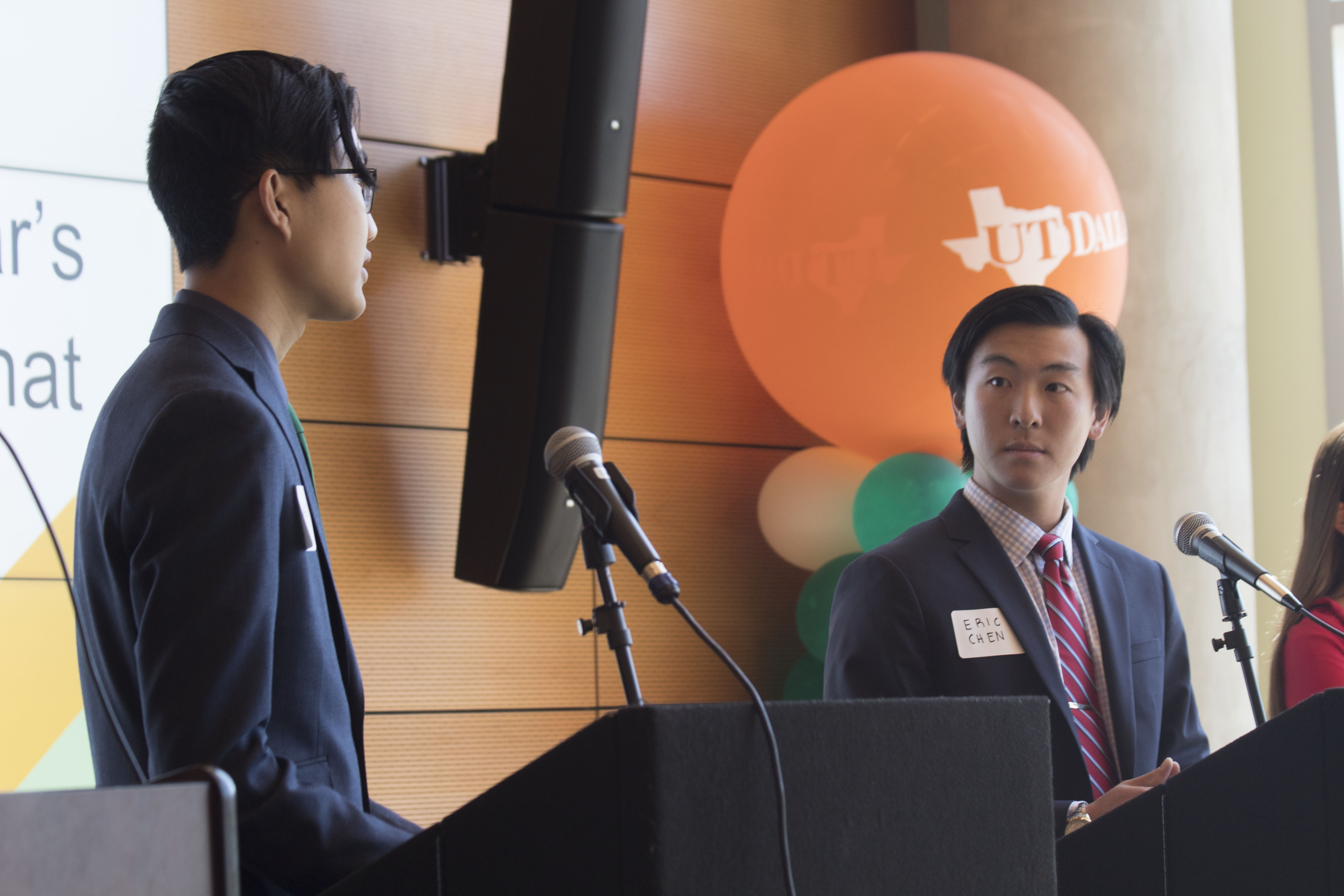 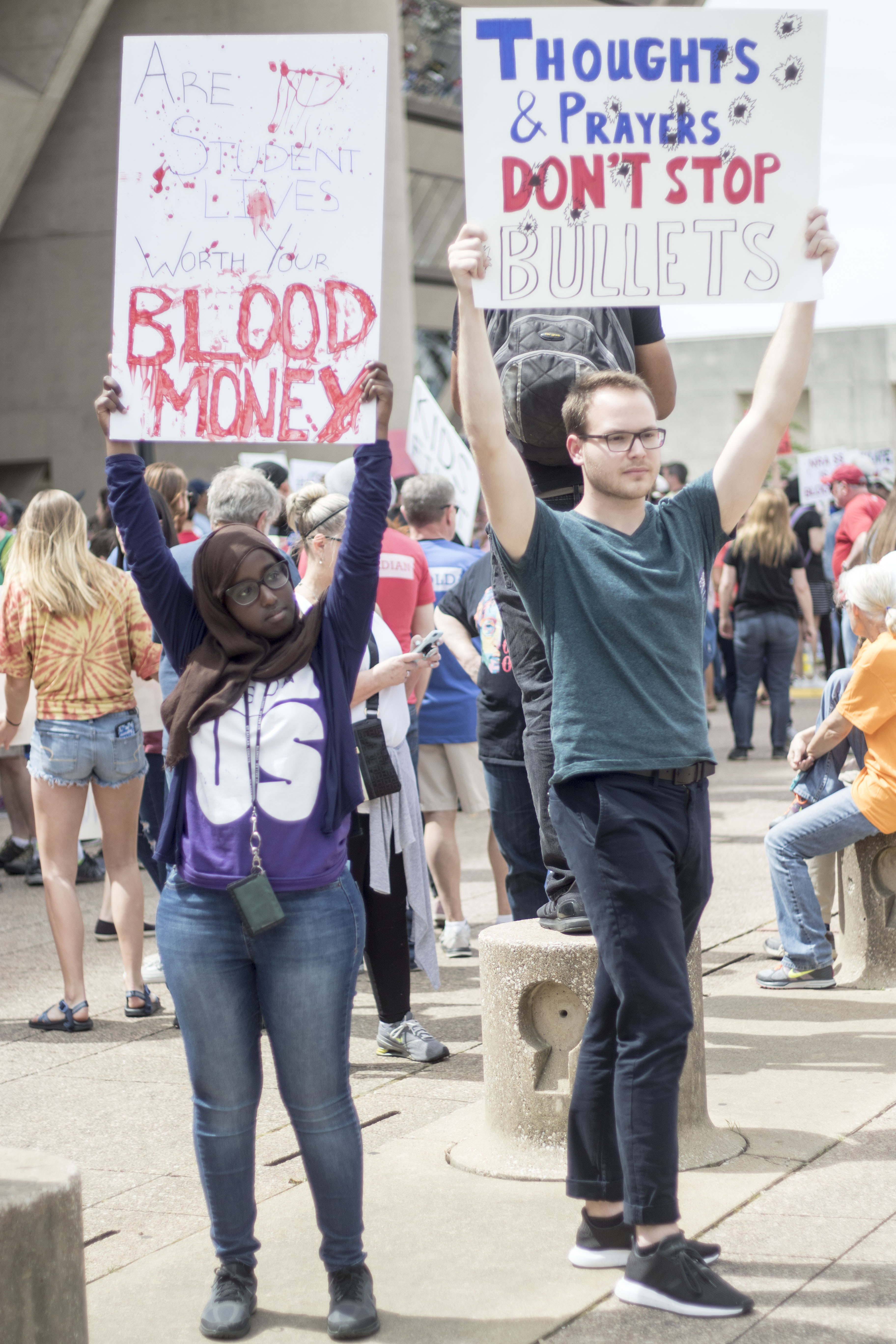