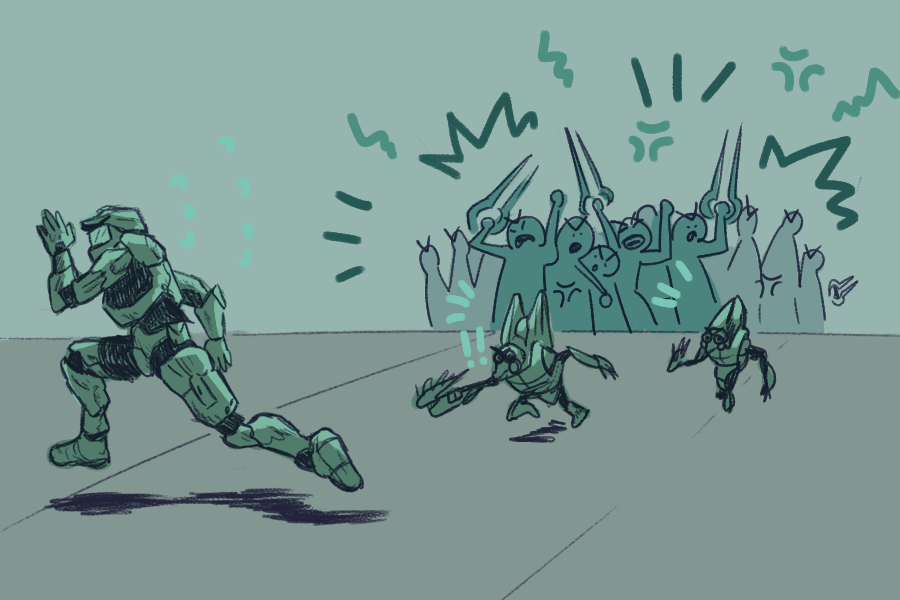 Controversy and division among both critics and fans alike have turned Paramount Picture’s “Halo” series into a battlefield not even Master Chief might be able to win. But as much as I might be disappointed with it, there’s still potential to turn it around.

With “Halo” greenlit for a second season, Paramount needs to take a step back and rework the series. Right now, it’s not where it should be; they will need to work overtime to turn this into the series it deserves to be and utilize its bright potential. It might have Master Chief, Cortana, and the title itself, but this isn’t yet “Halo.”

The first season of “Halo” is filled with stiff acting, shallow characters, contrived plotlines and laughably-bad CGI aliens. It just feels like a bloodier repeat of “The Mandalorian,” except the characters are bland and the archetypes are overdone. Had it come out at its initial date in 2015, this would have been a game-changer, but in the golden age of sci-fi and streaming, “Halo” only stands out because of its name. The show’s saving grace is that its costumes are unrivaled, the settings are masterfully convincing and the action puts a lot of Hollywood films to shame.

Still, the greatest sin of this adaptation is failing to capture the very essence of “Halo.” Divided fans are arguing how this modern take has changed the original game’s formula. Master Chief removes his helmet in the first episode and rarely dons it again, many lore contradictions and inaccuracies are present, and the focus is on Master Chief becoming a political traitor and on his role as a Spartan instead of the faceless hero exploring mystery and developing who he is. There are six “Halo” games and 30 novels all about who Master Chief is; attempting to retell it for a new audience is great on paper, but the show’s lacking execution feels like a betrayal to that source material.

It can be argued that, perhaps, this series isn’t trying to impede on the memory of Master Chief and is making something new, as the story isn’t canon to the source material. Even then, though, the spirit that defines the world falls short in the current medium. The humor, patriotism and corniness the game partly became famous for are all gone in favor of a cynical realism that attempts to give commentary on the military industrial complex, which might be more appealing to the general audience, but is still missing what made “Halo” itself.

With the confirmation of a second season and new direction, we can only hope we see improvements in the next act of this adaptation. I see a diamond in the rough, but it needs a stronger, character-driven plot, CGI and VFX that actually blend with reality and a return to dialogue with personality instead of stiff deliveries.

“Halo” deserves to match the legendary video game series it’s being adapted from—and with Paramount Pictures backing them, it’s bewildering they haven’t met that mark yet. Hopefully, season two—or even the later episodes of this season—prove to be more fruitful.