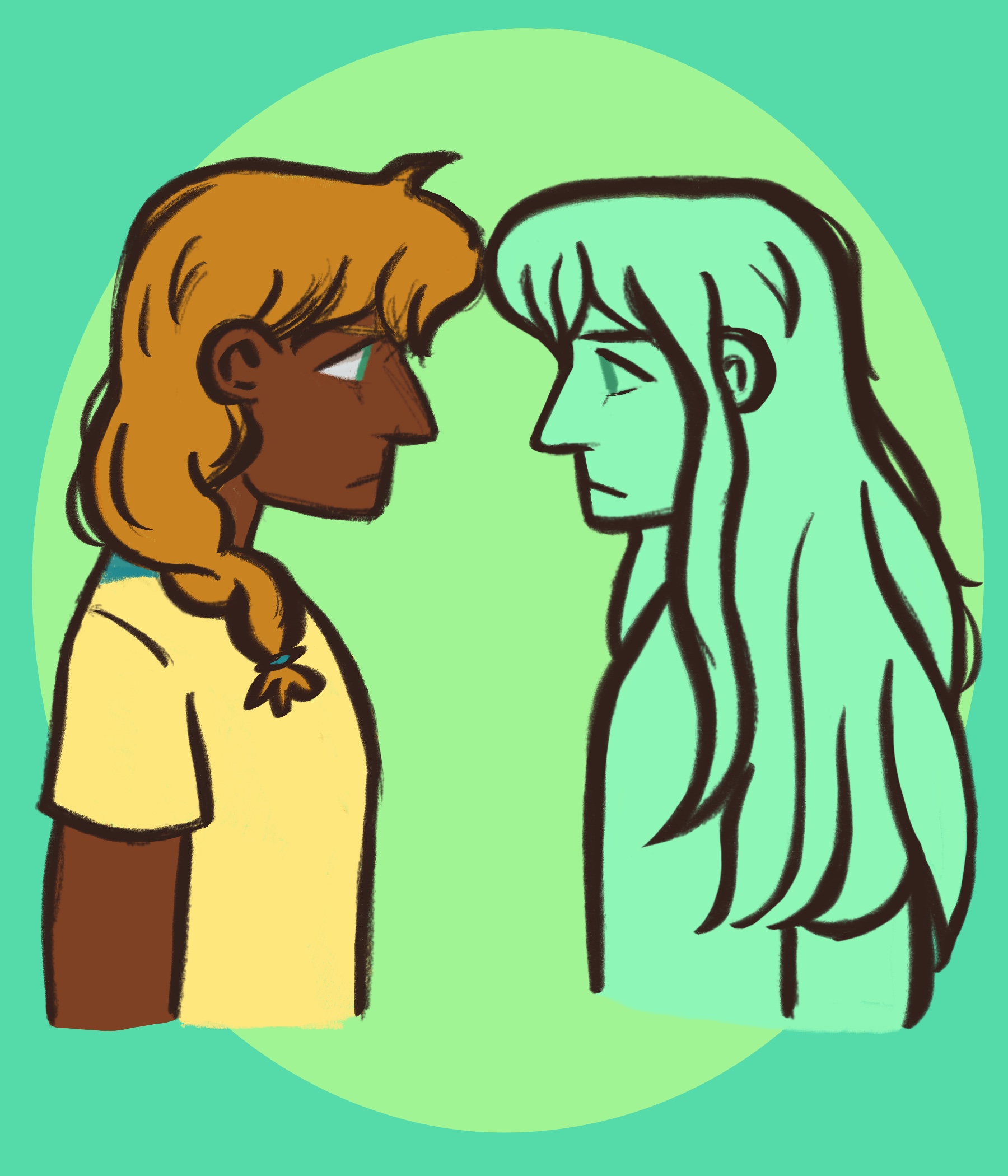 We all get to an age where we face the struggle of realizing our community is dysfunctional, despite it seeming normal on the surface. Ariel Slamet Ries’s webcomic “Witchy”is an exemplary story that explores just that.

“Witchy” centers around the witch kingdom Hyalin, where the strength of your magic is measured by the length of your hair. Longer hair indicates stronger magic, and those of a sufficient power join the Witch Guard, who protect and police Hyalin. This physical show of strength is a double-edged sword, however, since those whose hair is “too long” are seen as enemies of the kingdom and often burned alive by the very same Witch Guard.

In this world of magic, we follow Nyneve, a witch who, unlike many who think being enlisted to the Witch Guard and serving the kingdom is a great honor, is actively trying to avoid joining them. Her hesitancy comes from witnessing the death of her father at the hands of the Witch Guard and recognizing the threat they pose to her own life. When the enlisting ceremony rolls around, Nyneve has a choice to make: join the institution complicit in her father’s death, or stand up for her ideals. This choice is put to the test in a climactic moment where Nyneve cuts off her hair and changes her fate forever.

Now, while this webcomic combines two very popular and cliche genres of witches and defying an oppressive government, its key elements bring a uniqueness that stands out from other stories within its genre. Starting off, it was created by an Australian-Indonesian comics artist and stars Asian witches, bringing a new perspective to the way Western readers think of witches and magical kingdoms aesthetically. The story also includes characters of many colors, genders and body types, creating tons of gorgeously effortless diversity. Additionally, the plot itself is nuanced and heavy. Through the backdrop of an oppressive militia, government and patriotism, Ries explores themes of how institutions and the portrayal of history can directly impact the lives of individuals and families.

Visually, “Witchy”starts out having a sketchy look to its line art. Also, its color palette can be described as cold despite it mostly using pastel colors, because of the low saturation levels the artist chooses to go with at the start.As the pages progress, the line art and color palette become bolder as our main character becomes more comfortable with herself, starts making friends and engages further with the supporting cast. Even when the color palette goes back to using more blues and bringing back that cold feeling, it is more confidently shaded in with other colors, showing that Nyneve has more conviction than she did at the start of the story. Not only does seeing the progression of the comic’s line art and colors show us how its protagonist and the world it takes place in are becoming more complete, it also show us how the author has a better understanding of the world they created and steadily became more confident in the tale they wanted to tell.

At the end of the day, “Witchy”is about an underdog who has to face the reality of the society they live in. Through the process of choosing whether to stand up to authority or perpetuate injustice, they accept that their feelings of rebellion are legitimate, even if the society they lived in made it seem like they weren’t. Through “Witchy,”we see that the connections we make during our times of struggle are invaluable, and we can choose our own destiny, even if the path to figuring that out is difficult.

Giving Comets keys to the keyboard