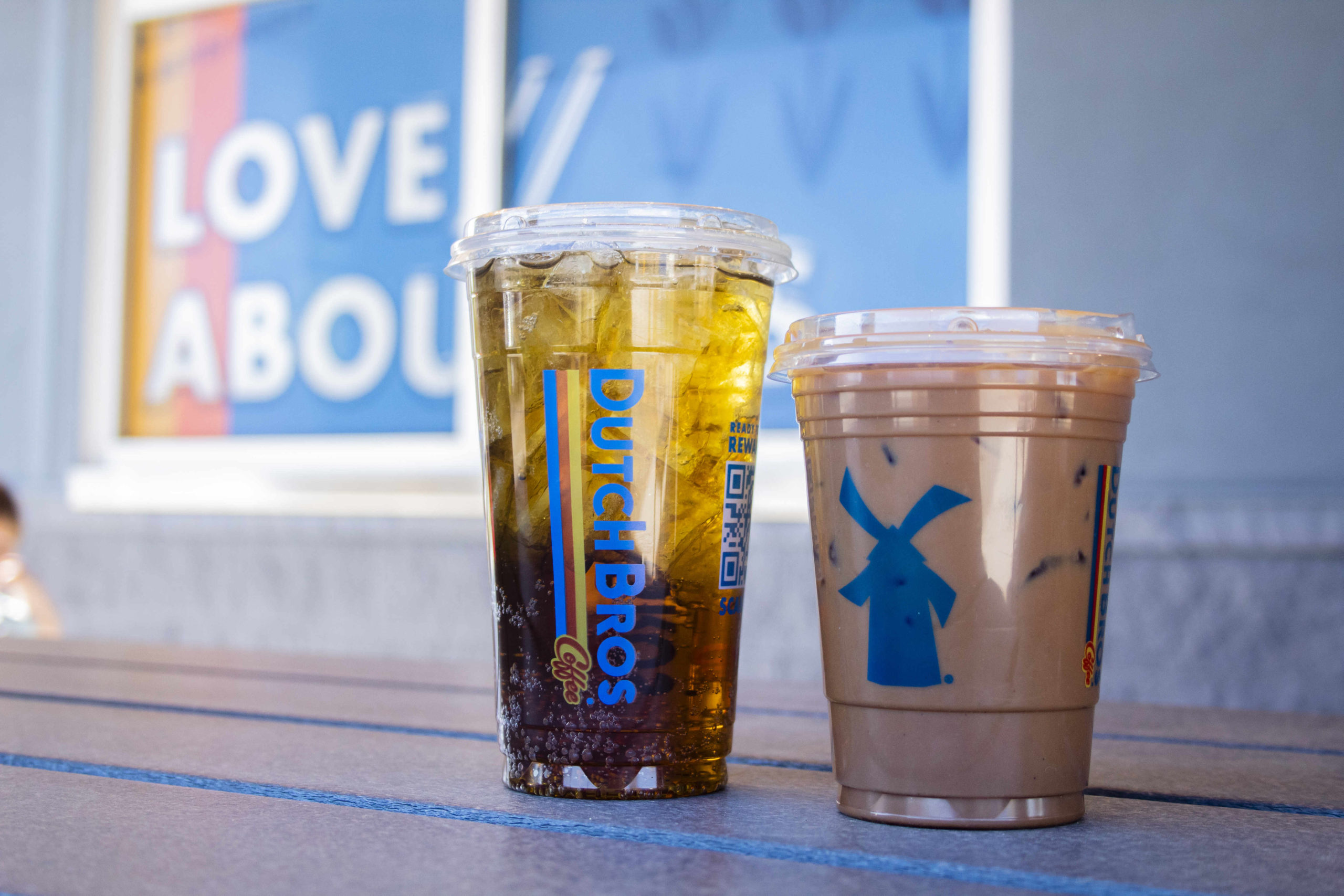 Not many restaurants, let alone coffee chains, claim to have a highly sociable drive through experience, but Dutch Bros Coffee provides a quick fix of energy – in more ways than one.

Located about five minutes out from campus on Arapaho and West Shore is the closest chain location of Dutch Bros Coffee. It is primarily a drive through, but there is a second window for walk-up orders and two tables outside underneath the shade of the building. However, it’s clear that this is not the place to spend time studying at. Rather, it’s a stop on your commute to the university, perhaps a wakeup before your first class of the day. Not only are there a variety of caffeinated options, but Dutch Bros’ unique customer service seems tailor-made to wake people up.

This is because their “bro-istas”(as they call them) are extremely peppy. Both times I’ve gone, they have had someone with an iPad walking ahead of the drive-through window taking orders, and their menu is so large that the most efficient way to get recommendations is to just ask. They are happy to tell you anything and everything about their menu, with a near excessive amount of small talk along the way. I enjoyed the conversation well enough, but if you hate social interaction with all your heart, perhaps Dutch Bros is to be avoided.

This is not to say that the drive through experience is bad. On the contrary, even though there’s a lot of small talk at order time, the time to make drinks feels near-instant. I don’t think I had to wait more than two or three minutes once I actually ordered.

The drinks themselves are also high quality, easily better than Starbucks but perhaps worse than a dedicated local shop. I tried two drinks: a caramel vanilla coffee slush with the Golden Eagle blend and an iced Rebel, the Dutch Bros in-house energy drink with numerous customizable flavor options. All drinks have the option to come in a slush form, called “blended,” which seems to enhance the sweetness of the drink more than anything else. For normal coffee options, though, a medium coffee drink (iced or hot) is between four and five dollars and is larger than a Starbucks’ grande.

There’s almost too much variety. Between the blended option and energy drink customizations (mine was blackberry, blue raspberry and pomegranate), any potential caffeine intake from Dutch Bros can be tailored to a tee. Cold brew? They have it. Want a sweeter milk cap? You got it. Lactose intolerant? They’ve got coconut, almond and oat milk. They have a secret menu (which is a bit pointless since it’s hard to see the full menu in the first place) with countless flavors. If you want to customize a drink perfectly and quickly, there are more than enough choices available.

If you’re looking for a quick drive-through fix, I can’t think of a better option than the Dutch Bros near UTD. The Starbucks drive-through is a nightmare, and everywhere else that’s nearby requires a walk-in. Competitive prices, near limitless drink options and a bubbly, surfer bro, happy-go-lucky customer service attitude make Dutch Bros Coffee an a fast and energizing spot to get your fix.