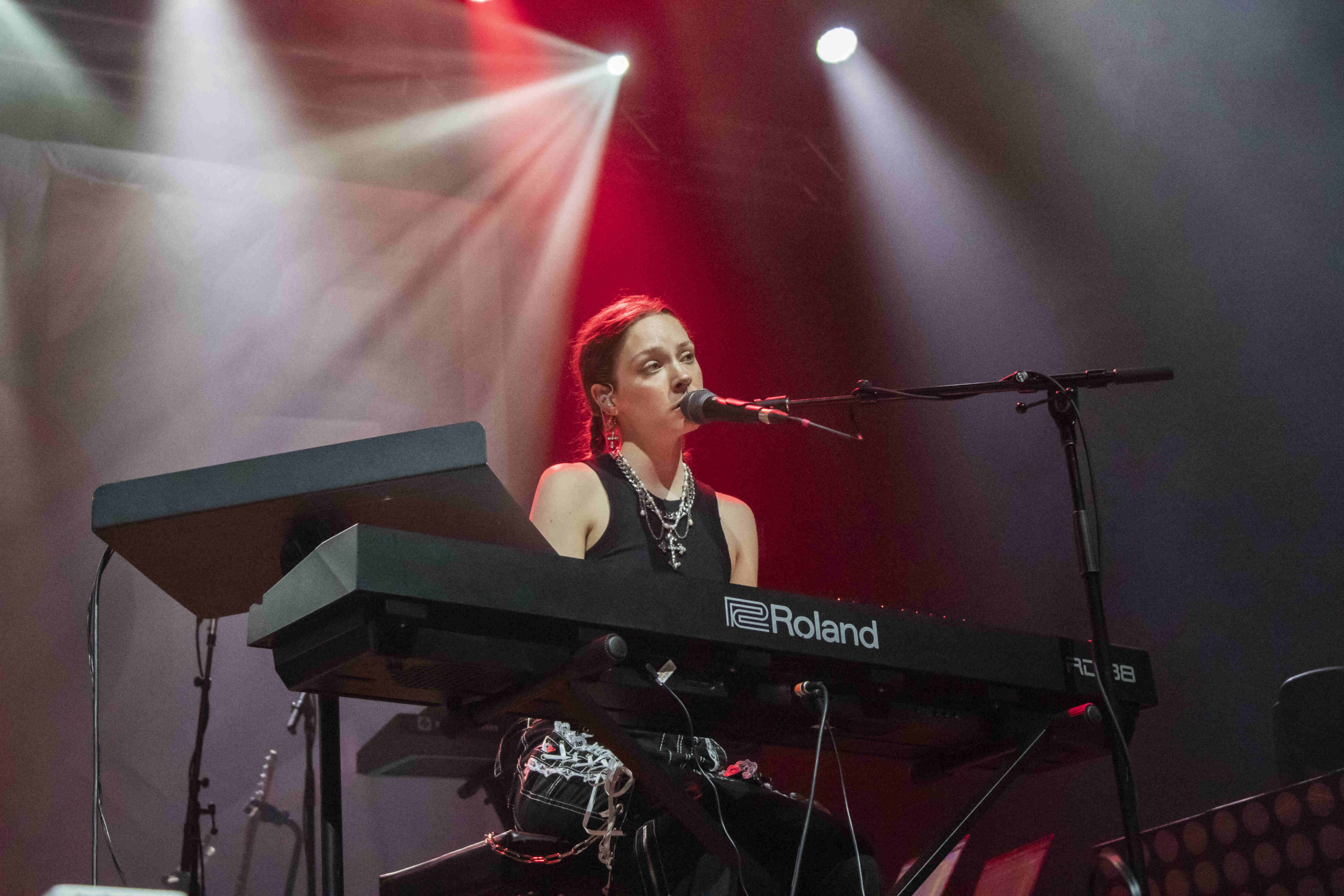 Most indie fans are well aware of the holy trinity of bedroom pop: girl in red, Clairo and Beadoobee. They are known for their dreamy tunes that could very well be in a coming-of-age film soundtrack, but now many of these “bedroom pop” musicians are branching out into a variety of sounds. Marie Ulven Ringheim, also known as girl in red, embarked on her “make it go quiet” tour along with headliner Holly Humberstone and proved that indie music is not just “bedroom pop.” The two came to the House of Blues in Dallas on April 2.

Unlike many musicians, the 22-year-old Humberstone opened without a band or any background vocalists, arriving on stage with just her guitar, keyboard and soft British accent. Her performances allowed the crowd to bask in soothing music before girl in red’s high-energy set.

My personal favorite song of hers, “Falling Asleep at the Wheel,” was a somber tune explaining her sister’s difficult mental health journey and how hopeless Humberstone felt as an older sister. Humberstone’s soft keyboard playing and gentle tone contrasted greatly with the flashing overhead stage lights and thumping beats to create a unique stage presence. Another popular song, “London is Lonely,” expresses Humberstone’s anxiety and isolation during her initial move to London. She explained that being away from her friends and family made her feel alone in one of the most populated cities in the world. The artists’ anecdotes made each song more meaningful and grasped the crowd’s wavering attention. Her storytelling was truly enchanting with lyrics like: “London is lonely without you/So will you stay/‘Cause I’m oh, so sick of this place/Feeling way too big and nothing can hold me/Can hold me like you do.”

Upon girl in red’s arrival, the crowd—brandishing a variety of pride flags—went wild, greeting the queen of LGBTQ+ indie pop with open arms. Donning a plain, oversized t-shirt and jeans, I would’ve never suspected that she would have such a dominating stage presence, but her energy instantly got the crowd riled up. Her songs’ fast beats and catchy lyrics mixed well with her physicality on stage, including hair flips and active crowd interaction. Her setlist began with the newer “You Stupid Bitch,” though she later performed her older, more popular songs such as “Girls” and “we fell in love in october.”

While it is rare to see sapphic themes in popular media, girl in red doesn’t shy away from them. The pride flags scattered across the packed audience were proof that her audiences are more than just fans, but make up a community who are overjoyed to hear non-heteronormative romance songs. Her catchy chorus from “Girls” had the crowd chanting along: “They’re so pretty, it hurts/I’m not talking ‘bout boys/I’m talking about girls/They’re so pretty with their button up shirts.”

When she finally spoke to the crowd, everyone was shocked to hear the musician’s raspy voice. Although girl in red said she had a throat infection, she rarely showed signs of discomfort, performing each song with vigor and interacting with fans in cute ways, like signing a humongous bra and accepting a bundle of roses.

She closed the concert with “bad idea!” and a huge mosh pit, spraying the crowd with water. This was the perfect way to close her high-energy concert, with the audience jumping along to the chorus: “It was a bad idea/Calling you up/Was such a bad idea/I’m totally fucked.” The artist claims to be working on a new, unnamed album consisting of a completely different sound than her debut album “if i could make it go quiet.”