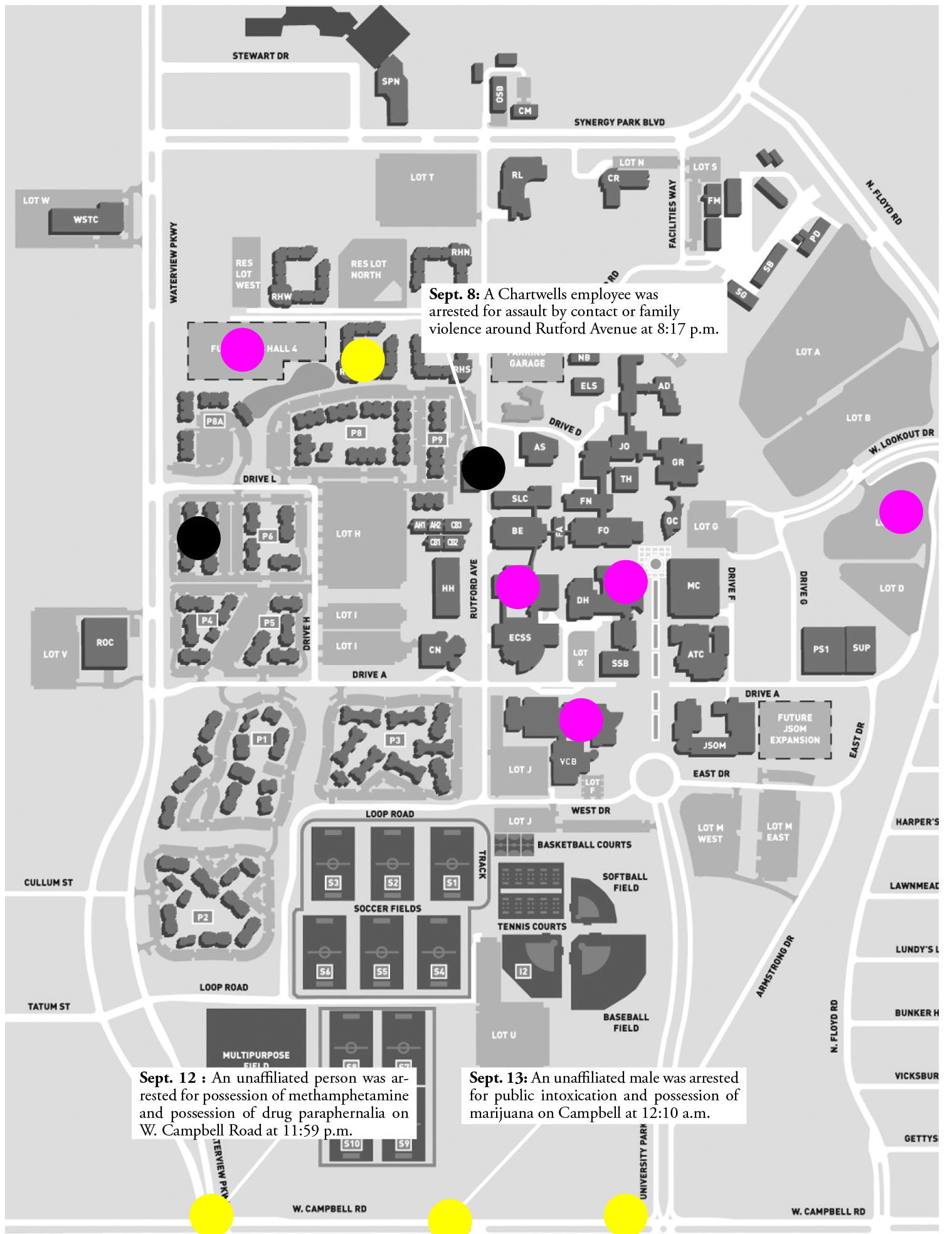 • An unaffiliated person was arrested for possession of under an ounce of marijuana and for driving with an invalid license on Campbell Road at 2:33 a.m.

• A student reported a stolen iPad Mini in  the Engingeering and Computer Science building at 1:20 p.m.

• An unaffiliated person was arrested for driving under the influence of alcohol and for possession of an unknown controlled substance at Residence Hall Southwest at 11:14 p.m. The driver and the passenger were cited for an open container of alcohol in the vehicle.

• A student was issued a citation for disorderly conduct due to loud noise at Phase 7 at 6:01 a.m.

• An unaffiliated male was arrested for driving without a license and trying to evade an officer a vehicle pursuit off campus at 1:55 a.m.

• A student reported a stoled iPad Mini at the Activity Center at 3:25 p.m.

• A student reported a stolen purse from Dining Hall West at 8:38 p.m.

• A student reported someone took the mouse to her computer from her desk in the Student Union around 10 a.m.

• A student reported someone entered his unlocked vehicle and removed his parking permit at 12:41 p.m. in Lot C. 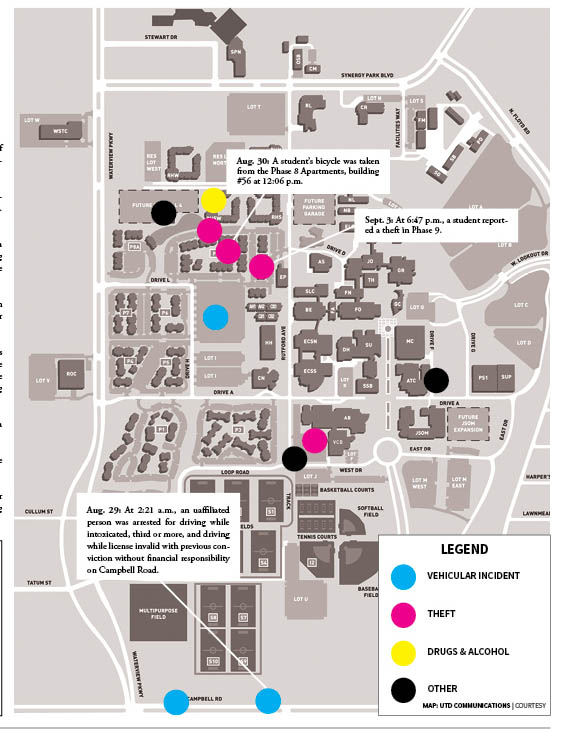 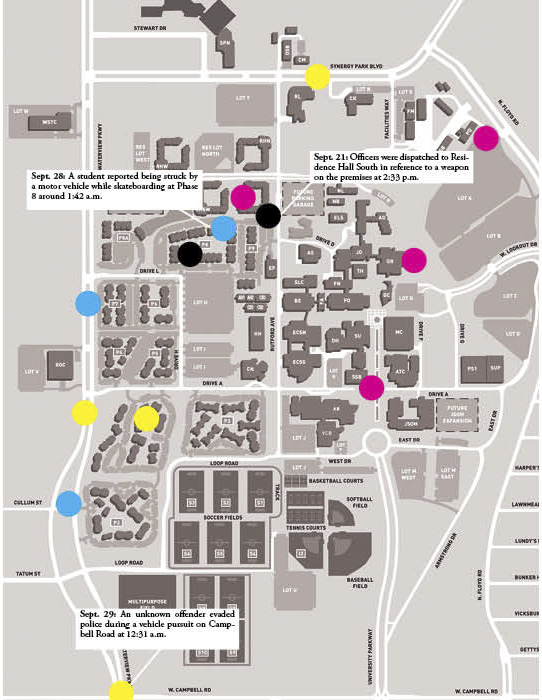