This year’s Academy Awards ceremony was the most male-dominated show since the ’90s. Because of this, many media outlets, actors and actresses used the Oscars as a way to draw attention to diversity in entertainment.

Actress Patricia Arquette received praise on social media after using her acceptance speech for best supporting actress in Boyhood to bring light to women’s issues, especially the issue of wage equality. However, she also faced media criticism after fumbling over her comments in the backstage pressroom regarding statements that disconnected people of color and the LGBTQIA spectrum from the issue.

Much like other industries, film and television have tried to increase their gender representation all around, but many films and television shows are still male-dominated.

“The entertainment industry has always been valuable for giving images of what’s possible for everybody, even if they’re fantasy,” said Adrienne McLean, professor of film studies. “They’re still powerful images of what they would be able to do if given the chance. In that sense, they can be progressive even if they are not made by women. They do provide very powerful stereotypes that are hard to break away from.”

McLean and other professors agree that it’s hard to say if women have more of a role in this influential industry even though film and television are shifting toward including more diverse groups — both in gender and race.

“There are certainly more films about different elements of society, different types of women, but overall, again, it’s still sort of shocking how few films there are that are big budget films (starring women) that really are anything other than romances,” McLean said.

Jillian Duquaine-Watson, who teaches classes such as introduction to gender studies and gender, society and politics, said there has been increased representation of women and other gender groups across the board in shows such as “Orange is the New Black” and “The L Word.” However, she said other indicators show there is still progress to be made.

“We are seeing a very narrow representation with regard to diversity,” Watson said. “In some ways it’s still this very hetero-normative, very white, very gender-dichotomous representation that we’re seeing.”

Women such as Shonda Rhimes, creator of “Grey’s Anatomy,” “How to Get Away With Murder,” and “Scandal,” along with Oprah Winfrey and Ellen Degeneres have all established reputations as powerful women on television.

In the case of Rhimes, Wissinger said she is a minority in the entertainment industry being an African-American woman. All of her current shows portray a strong female character who is often undone emotionally and in some cases, physically.

Winfrey and Degeneres have both established themselves as mega industries. Degeneres has spin off shows including “Ellen’s Design Challenge” and uses her influence to be a powerhouse in society as well. Winfrey also has built a brand around her name, which includes a network television channel. However, oftentimes Winfrey and Degeneres are considered the exception rather than the rule.

According to “The Celluloid Ceiling,” a study of women’s behind-the-scenes employment in film sponsored by the Center for the Study of Women in Television and Film, women made up 12 percent of all film protagonists, 29 percent of all major characters and 30 percent of all characters in total, in 2014.

“When you look at the percentages, it’s incredibly low,” said Tonja Wissinger, a senior lecturer who teaches a course on women in management. “It hasn’t really increased. In 2002, women were 16 percent of protagonists. It fluctuates, but it never goes over 40 percent of all characters.”

Behind the camera, women haven’t fared much better than their on-screen counterparts. According to another study from “The Celluloid Ceiling,” there were 17 women in key behind-the-scenes roles compared to 83 men, in 2014. These numbers were similar to statistics dating back to 1998.

This holds similarly for film and television — where women made up 27 percent of workers behind the scenes and 42 percent of on-screen characters.

Though “The Celluloid Ceiling” focuses on network television shows such as ABC, NBC, CBS and

FOX, Wissinger said even for people who prefer shows on other stations such as HBO, the influence of these shows is still there.

Beyond representation on and off-screen, women also face the challenge of finding their voices when they finally get to the top, said Sheryl Skaggs, associate professor of sociology and public policy.

“Just saying they’re there isn’t enough,” Skaggs said. “Are they still being over looked? You do have, and this is the misconception, you have a few women that have really risen to the top and are well-respected, and we tend to use it as representative of all the women in that industry.”

Even on the red carpet, actresses face a different set of questions and expectations than their male counterparts.

“When female actors are on the carpet, so many times they’re asked, ‘Who are you wearing?’ instead of the more substantive questions male actors are asked,” Duquaine-Watson said.

In an industry that aims to reflect American culture and society in a diverse way, on-screen and off-screen women still face the challenge of getting their voices and perspectives told on camera.

“It’s easy to say things are better now, and I think they are (if not) we’d probably be at home,” McLean said. “Things are different. Things are better. We’ve made progress, but there’s still not equality… We don’t have equality, so Hollywood isn’t going to portray it either. Hollywood both creates reality and responds to it.” 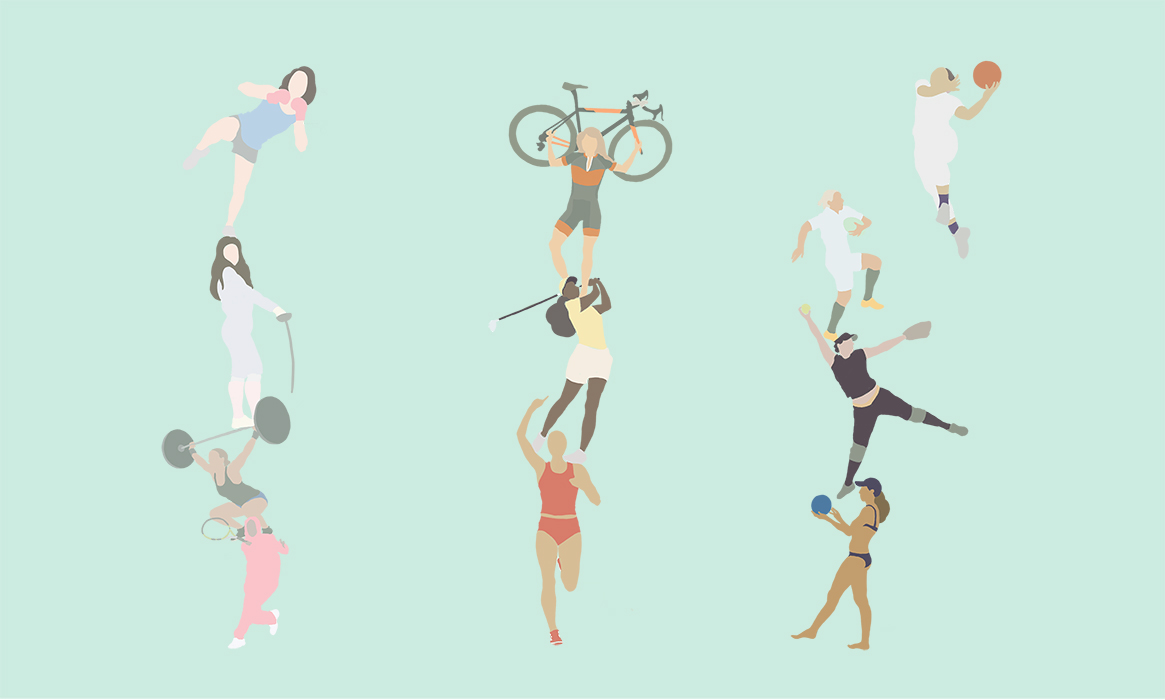