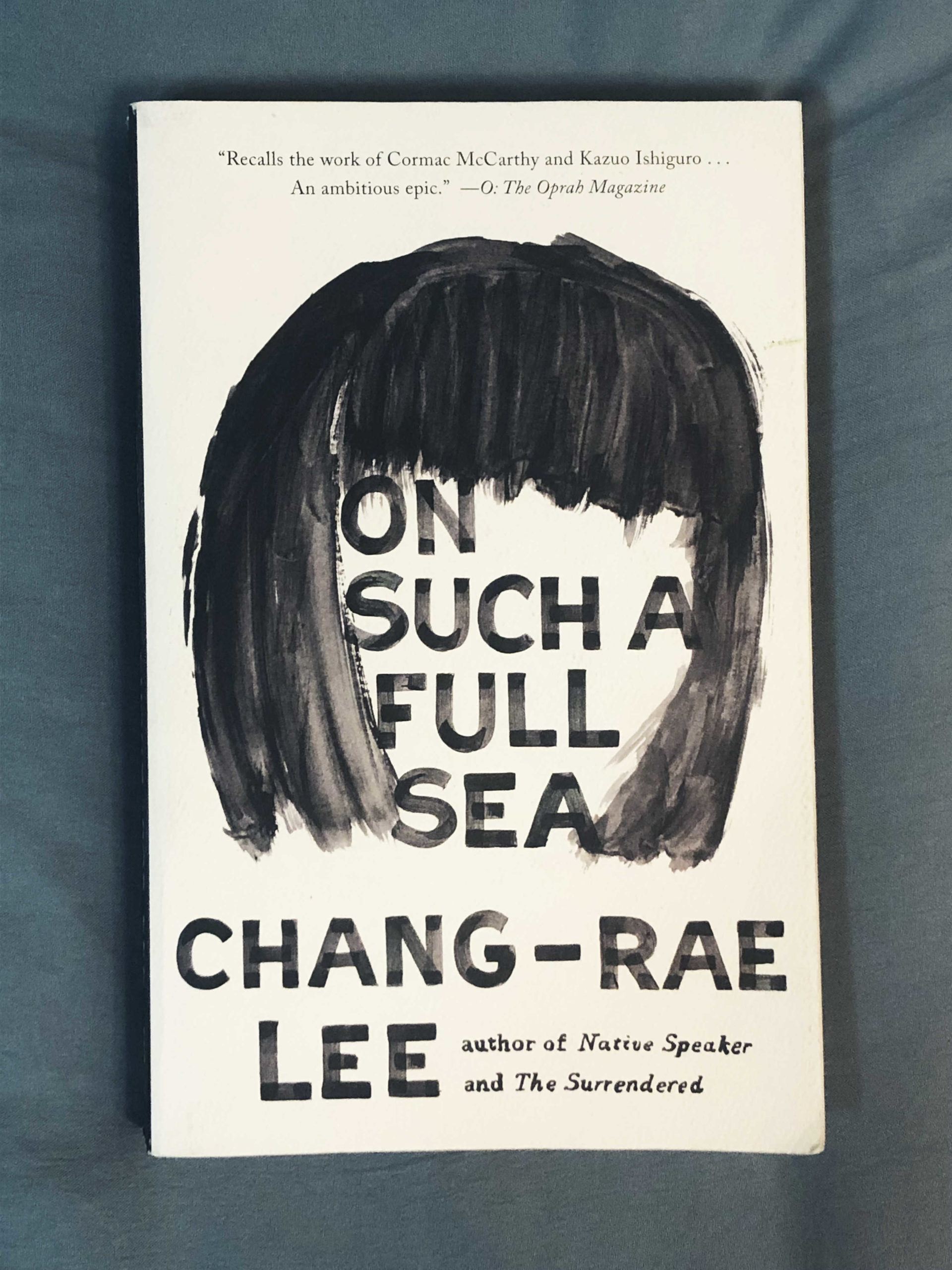 “It is known where we come from, but no one much cares about things like that anymore.”

Thus begins celebrated author Chang-Rae Lee’s dive into a dystopian future that honestly comes a little too close for comfort. Calling it dystopian prepares you for Hunger Games-level spectacle, Orwellian repression or Gilead-like depravity. However, Lee’s vision of a world in slow collapse amidst climate change and class division comes across less like a caricature and more as a well-grounded prediction in reality. As the story itself points out, though: nothing is inevitable. A single choice can change everything.

In a post-climate-catastrophe U.S., refugees make a living in middle-class labor colonies, supplying upper-crust Charter villages with goods and the occasional gifted kid, all surrounded by the violent and lawless Open Counties. “Full Sea” — and its protagonist — begin in a resettled Baltimore (“B-Mor”) after decades of extensive flooding. Before any characters come in, the story takes the perspective of a community, the collective “we,” looking back on the events that will make up the rest of the novel. That kind of framing device could be slow in the hands of a less skilled author, but Lee’s style of increasing tension and dropping reveals at perfect times is incredible. By the time the book’s protagonist, Fan, rebels against the status quo, you can’t put it down. Literally: this is one of the few novels I’ve pulled an all-nighter to finish.

After the disappearance of her boyfriend, Reg, a wall of red tape comes up that blocks any news of him, so Fan decides to leave the only world she’s ever known and find him. She journeys through the poverty-stricken counties outside B-Mor’s walls, traveling all the way up to the Charters that sent him away. She meets countless obstacles and crosses every starkly drawn line in their world, uncovering questions of identity, community and the true nature of progress itself. All the while, we hear from the community she left behind, shattered in the wake of her unprecedented departure.

It’s worth noting here that Fan herself isn’t extraordinary. Before she leaves, B-Mor is one of many struggling colonies. Common. She develops no superhuman abilities, no ruling hand over the world she lives in, no sudden miracle — what sparks this whole story, this unremarkable hero’s journey, is her choice to simply not give up. That’s the quiet revolution that shakes her society and compels the reader to follow her every move. This parallels the nature of the book, which makes for an absolutely fascinating dystopian drama. It doesn’t go out of its way to shock you; refreshingly, the twists, while stunning in the moment, fall right into place as natural consequences of individual choices. Think “Knives Out,” not “Game of Thrones.”Even the dystopian disaster doesn’t come from too far afield, presented instead as the logical outcome of climate change and socioeconomic division.

That’s where the real power of this novel comes from, in my opinion. It feels incredibly real, from individual characters’ motivations and choices to their lasting impact on the story as a whole. Lee has gotten writing human beings and communities down to a science. The “we” perspective of B-Mor’s chapters between Fan’s journey gives you the feeling of being told an old story, passed through who knows how many hands before reaching you — but with none of the hazy edges that folklore tends to fade into over time. Lee’s prose is as clear as day.

Even so, you have to pay attention to this book. It’s not going to beat you over the head with its message: reading between the lines is crucial. I’m still discovering hints I didn’t catch in prior chapters — themes that come through hours after the fact. There’s a line within the first six pages that tells you the ending and its meaning in a one-two punch, but its genius only hits long after you close the back cover! And just as each read reveals new depth, each person will find something different in this novel that most speaks to themself.

I will warn you not to put it down expecting a sequel. The ending I mentioned is, admittedly, a bit unsatisfying. However, that lack of an easy answer makes it stick with you, leaving a puzzle to work out. It leaves Fan sitting at the back of your mind, asking what comes next; maybe that passes on a certain refusal to give in, even when disaster seems inevitable. After all, what if it isn’t? What if you — and your choices — matter? The impact of a single choice in Fan’s story would suggest that you do more than you can possibly imagine.