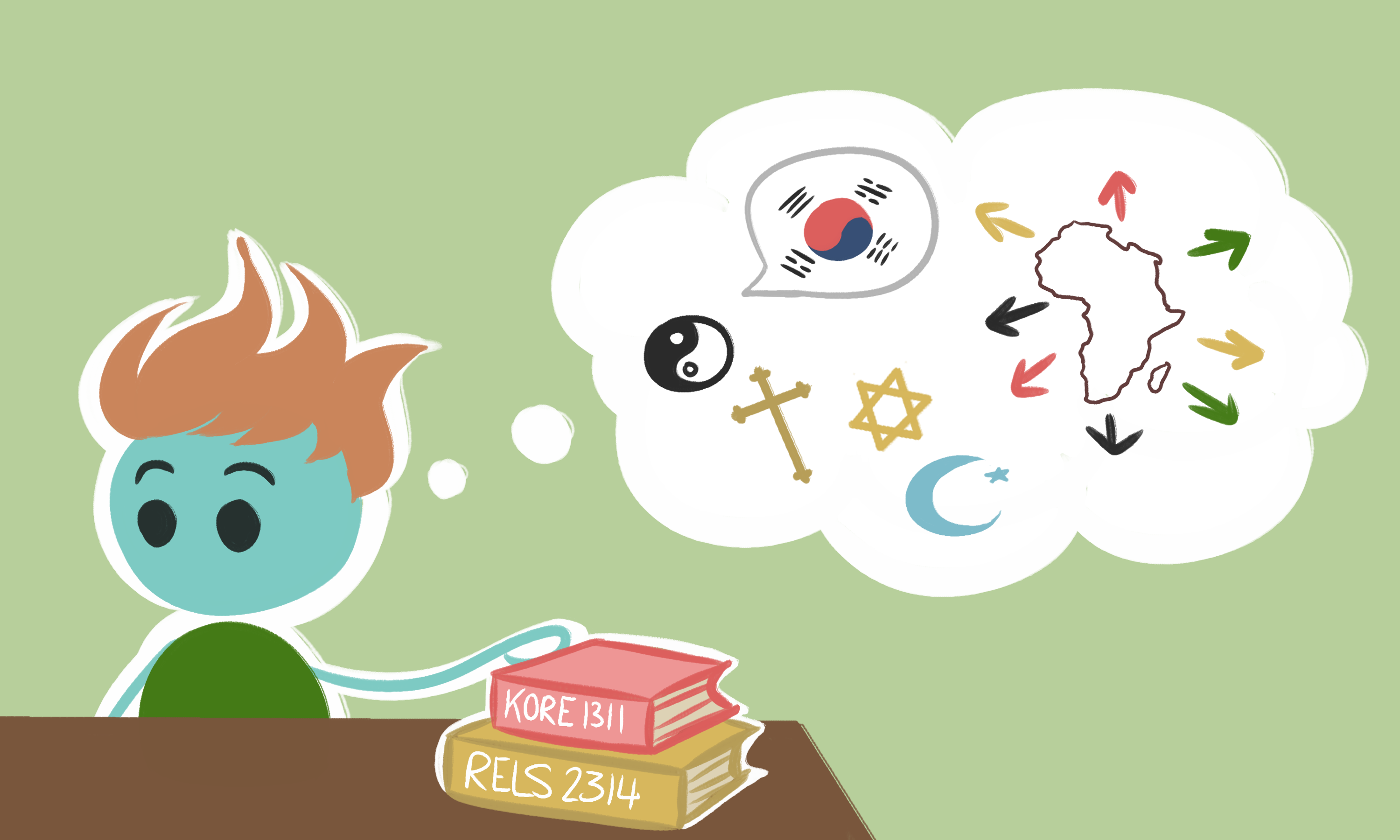 The upcoming fall semester will bring with it a multitude of new classes including those in religious studies, Korean language and African and African diaspora studies.

“This is very much in process,” Brown said. “Nothing is certain about the future of this, but I’ve got a lot of optimism about where it’s going to go.”

Brown is currently leading the proposal of the minor, but he said the idea of incorporating religion into the UTD curriculum started a couple of years ago when the course Introduction to Philosophy of Religion was created. Though there were already courses about religious history, Islam and Buddhism being taught, the classes were never under the same umbrella.

“There was a lack of institutional structure connected with the concept of religious studies,” Brown said. “It meant that although we have a number of faculty who were essentially teaching courses on religion, they weren’t doing it in any connected way.”

As of right now, Brown and other faculty in support of the minor have applied to the Faculty Senate for permission to create the RELS prefix and secure approval for a number of religious studies courses next year.

The hope is that there will be enough student interest in the first few pilot courses next year to justify the creation of a religious studies minor in the following year or two after that, Brown said. Even though the university is widely seen as more of a STEM school, Brown said he isn’t concerned with interest in the courses.

“My belief is that there’s an untapped interest already out there among students who are STEM-focused,” Brown said. “They’re getting STEM degrees, but they really have a passion for understanding religion, whether they’re personally religious or just interested in it as a human social phenomenon.”

Another new addition to the curriculum this fall is Korean language classes, under the prefix KORE. The instructor teaching Beginning Korean I is Jai Eun Kim, who already started teaching the class this past fall under the prefix LANG. The interest in the class, however, stemmed from students in the Korean Language Club, which has been around for a few years.

“I think the biggest thing was we were kind of surprised by how many students were interested in learning Korean,” Kim said. “It was a really good surprise because our numbers were really good in fall and this semester as well for beginning Korean.”

However, the new course was not without challenges for Kim and her colleague Hyejeong Jeong.

“One of the issues we had was last semester we didn’t have a placement test, and so the level of Korean [knowledge] was very diverse,” Kim said. “There was a native in there and beginners, and there were students who had never learned Korean at all, so that was kind of interesting to navigate.”

As a result of this difficulty, a placement test was created for students to be appropriately placed into Beginning Korean I, Beginning Korean II or Intermediate Korean. As interest in these courses grows, the goal is to add even more classes, Kim said.

“Hopefully we can start to integrate courses such as conversations in Korean or maybe Korean literature or Korean history,” Kim said.

With the addition of classes ranging from religious studies to Korean language to African and African diaspora studies, the A&H Department is steadily improving, Brown said.

“I do think the university is trying to sort of shift its image a little bit from being more exclusively a STEM school to being a fully well-rounded research university,” Brown said.