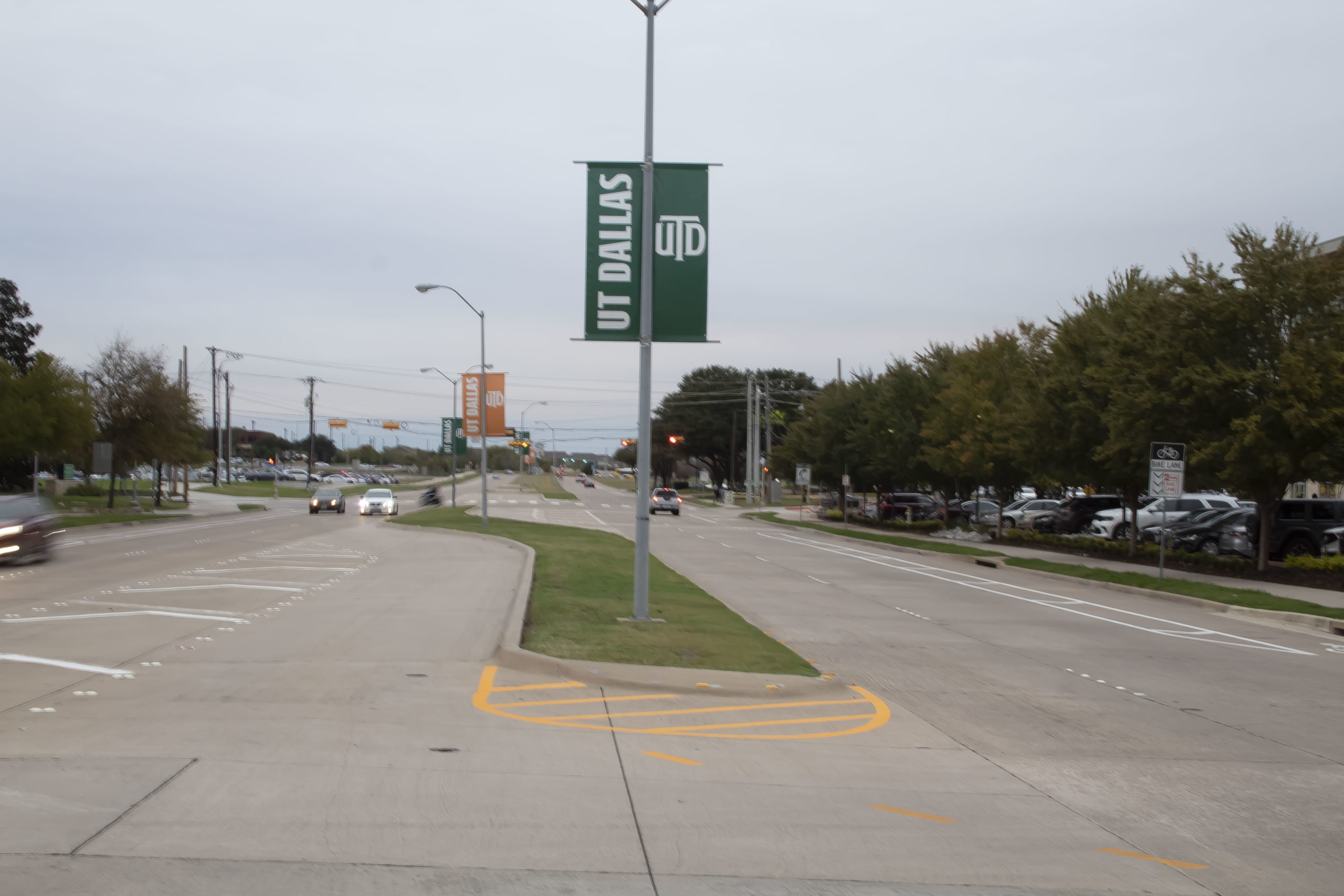 In the city of Dallas, you can now receive a $500 fine for standing on medians. Photo by Jack Sierputowski | Opinion Editor

Dallas’ median ban is a thinly veiled attempt to criminalize poverty and pedestrianism, not a public safety measure

The Dallas City Council approved an ordinance 14-1 on Oct. 26 to allow city marshals to issue citations up to $500 to people standing in roadways — which includes medians. Many city council members appealed to public safety, claiming that the goal of the ordinance is to protect pedestrians. But the best way to reduce pedestrian deaths is better urban design. This ordinance only criminalizes panhandling and homelessness (indirectly) and makes streets even less friendly to pedestrians in a city that is already aggressively car dependent.

While I am not surprised that only one member of the city council voted against the ordinance, I am deeply disappointed. I am even more frustrated by the nonsensical reasons given for their support.

It is true that in 2021, Dallas was the second worst city in the nation for traffic deaths, more than a third of which were pedestrian deaths. But I hardly need to explain that to UTD students. If you have ever walked anywhere in North Dallas, you already know why there are so many deaths. On Campbell Road, cars regularly speed and pull turns unexpectedly without looking. Sometimes while crossing, the median becomes your only protection from a deadly game of Frogger. Perhaps those in government are out of touch, but if you aren’t fortunate enough to own a car, the practical answer is obvious: get rid of the five-lane roads. Wide roads don’t just endanger pedestrians, they also worsen congestion, which lengthens commutes and provides disadvantages for drivers.

I find it disingenuous that 14 supposedly intelligent and educated city council members would focus on this ordinance rather than strategies that are proven to protect pedestrians. Bump-outs, fewer lanes, removing slip lanes and right turn on red can literally save lives. The best way to protect pedestrians is aggressive traffic calming. However, many Texas cities dislike this strategy, as their true motive is to prioritize cars over all else. The best way to reduce pedestrian deaths is to slow down cars, not make it illegal to be a pedestrian in the first place. The Dallas City Council does not want pedestrians to be safe, it wants them to be invisible.

COVID-19, an economic recession and increased cost of living have all contributed to a housing crisis that is gripping America as we speak. This situation has worsened particularly in North Dallas and near campus. With the city cracking down on homeless camps and few shelters able to accept newcomers, it is inevitable that the average person will come to see more homeless people on the street seeking refuge. But now, with an ordinance indirectly targeting panhandlers — who disproportionately end up on medians or in the street — those who most need our help will be hidden away.

If you are primarily a driver, you may wonder why any of this is relevant to you, but I promise you it is critical. Cars are the only form of transportation where more people means longer waits, longer commutes and more time wasted. It is no coincidence that over the past few decades, as our country has shifted toward car dependence, average commute time has skyrocketed. If you are a driver, it is in your best interest to advocate for pedestrians and public transit. The more people feel comfortable walking, the more they will choose forms of transportation besides driving, which means fewer cars on the road. Pedestrian advocacy ultimately leads to less congestion and traffic.

“Having been a carpool parent, I can’t imagine having all the distraction in your car with having to worry about what may be outside of your car in the middle of a roadway,” Councilman Gay Willis said supporting the ordinance.

When you choose to drive a car, you are picking up a loaded gun. It is the only form of transportation where you can accidentally become a murderer. You are behind the wheel of a two-ton death machine that can pop an infant’s skull like a ripe watermelon. The burden of vigilance for watching the roadway is unequivocally on you. So yes, Councilman Willis, you should worry. Safer streets have complications and obstacles and bends because it forces you to slow down and pay attention. Without that worry, you could just as easily do a 50 in a 25 like half the drivers in Dallas.

If you want fewer pedestrians to die, focus on the people doing the killing: drivers. Wide roads are an implicit invitation to speed and zone out. Bump-outs and narrower lanes prevent pedestrian deaths similarly by slowing drivers down and forcing them to pay more attention. Especially near busy intersections like Campbell and Coit, these bump-outs can actually be an asset to local businesses, by adding seating areas protected by concrete barriers. But more important than additional construction is simply stopping sprawling development from doing even more damage. Even now, TxDOT has invested $1.74 billion into widening I-635, despite the fact that studies have established that creating more lanes only creates more traffic. Stop destroying neighborhoods for cars and leave space for the people who actually live there.