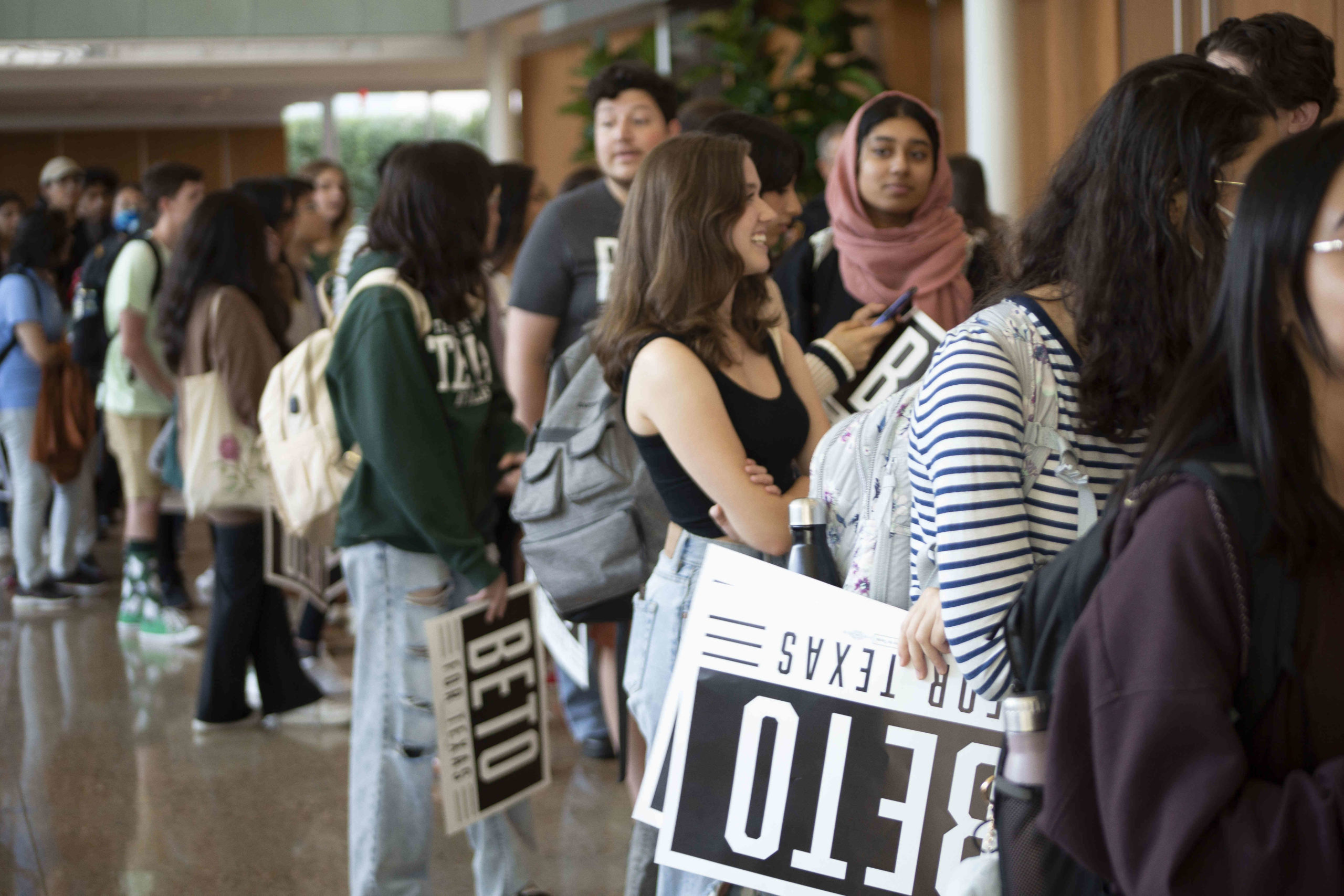 The 2022 midterm election saw higher turnout in young voters than ever before, which played a key role in many races. Photo by Rylee Russell | Mercury Staff

Participation of young voters is more important now than ever, despite the fatalism expressed by many.

There is a common narrative that floats around the leftist side of Twitter and is repeated by young people in general: that “voting is pointless.” The reasons people provide for disenfranchising themselves are numerous, ranging from the reductive “both parties are bad” to the simply false “it won’t make a difference anyway.” Both are harmful, infectious narratives that distract us from reality. Luckily, despite these counterproductive narratives, young people showed up to the midterms in record numbers and made a difference.

Those on the left who choose not to vote generally emphasize the idea that both parties are corrupt. The Democrats are not far enough left for them, and I suppose that is true. The Overton window of our country has become skewed enough to where the “progressive” party — Democrats — are mostly centrists. But a lack of representation of truly progressive policies doesn’t mean young people should just give up altogether.

Yes, it is true that the Democrats are not much better than the Republicans. The U.S.’ absurd wealth gap has been on the rise since the 80s, thanks in part to the fact that regardless of the image they project, the Democratic party generally capitulates to corporations. Young people like to claim that “politicians are all bought,” and while I dislike overly reductive statements, I can see where they get this sentiment in our current political system. But that doesn’t mean that choosing not to vote makes you morally superior. Democrats may capitulate to regressive politics, but Republicans actively advocate them.

There are many arguments I could make for why the Republican party should be kept out of office, but I think the most powerful is that it repeatedly and aggressively seeks to dismantle protections for basic human rights. This includes threats to drastically cut Medicare and Social Security and efforts to disenfranchise minorities, push queer people back into invisibility, and humiliate and persecute trans people in every aspect of their lives.

You may have very emotional reactions to any of the issues I just mentioned. Maybe you are in favor of more conservative policy choices, and I am not here to worsen polarization. Regardless of your specific political affiliation, there is one key reason you should fear the Republican party: their current goal is to undermine the very values that make democracy possible. Never before has election denialism so widely infiltrated political discourse. Never before has the U.S. faced a serious threat to the peaceful transition of power. Terrifyingly, an Associate Press review found that nearly one-third of Republican candidates for statewide offices connected to overseeing elections supported overturning the results of the 2020 election — an issue fought through dozens of lawsuits that were all settled for lack of evidence. Even moderate Republican politicians endorse or are suspiciously silent on baseless conspiracy theories that threaten the foundation of our government.

You don’t have to like the Democratic party. I certainly don’t. But it takes only a minute to realize that at this point in history, the Democratic party is the lesser of two evils. And if you choose to abstain from voting, you effectively cast your vote with the GOP. You enable the breakdown of our democratic system. You allow and encourage the persecution of gay and trans people. You betray members of the working class everywhere.

However, with midterm voting now behind us, it seems that the internet’s fatalism about voter participation was misplaced. The Center for Information and Research on Civic Learning and Engagement estimated that those in the age range of 18 to 29 had one of their highest midterm turnout rates ever, with around 27% having voted over the weekend. Those same young voters overwhelming favored progressive candidates, with a notable impact on races in swing states like Pennsylvania, Michigan, Wisconsin and Georgia.

I know it can be easy to become hopeless or feel that your vote or your input doesn’t matter. But if we all collectively decide we have no say, then our generation gets boxed out of having a say by default. The 2022 midterms show that when young people come together, they truly can change the status quo. Yes, our generation faces more problems than ever. But now is not the time to politically disengage. We have the potential to shape our country for the better, if we only put in a little effort.