A dark comic to explore the dark side of childhood 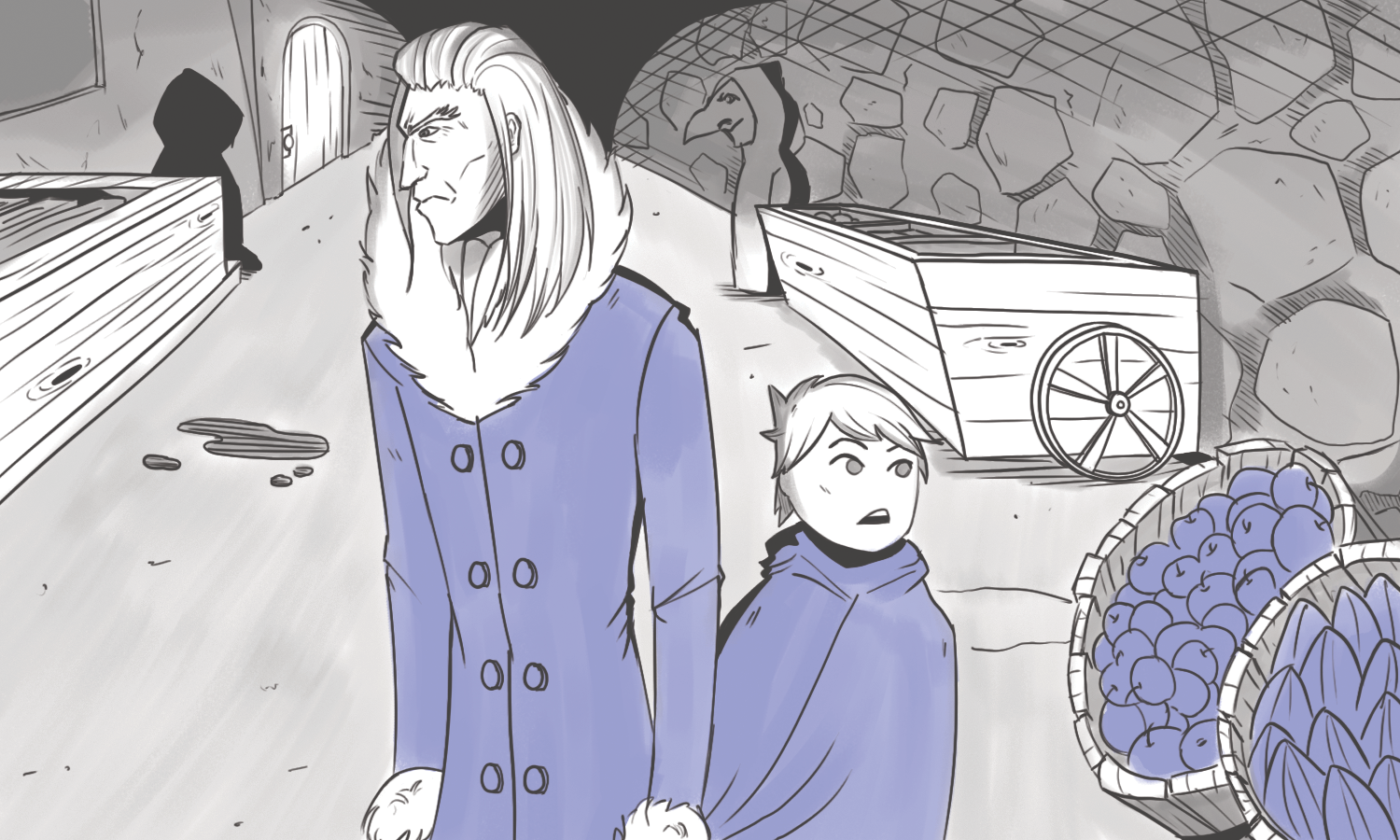 For those who prefer something with a bit more edge than a light-hearted story when venturing into a new genre or media, a good starting comic might be Ted Naifeh’s series “Courtney Crumrin.”

In short, “Courtney Crumrin” is about a child moving into a relative’s house in a new town where she lives out childhood. But instead of experiencing lighthearted things like playing outside with friends, going to school or getting into silly trouble, the story focuses on the darker side of childhood: ostracization, emotional neglect, loneliness and feelings of powerlessness. These themes are explored through a complex narrative that takes place in a dark fantasy world parallel to ours but filled with witches, warlocks, night markets and magical creatures.

While other comic book series have a large main cast filled with many side characters, “Courtney Crumrin” consists of only Courtney, the main character, and her uncle Aloysius. At first, their dynamic is cold and distant, but as the story progresses it morphs into a mentor-apprentice relationship and finally into a familial bond. Having such a small main cast works for this series because Courtney and Aloysius constantly act as each other’s foils, so through their dynamic, the author is able to explore what loneliness does to somebody but also how kinship can save a person.

As for the few side characters that we see our main cast interact with, they don’t stick around much. They are predominantly there to further the main plot’s narrative, themes of loneliness and need for kinship. Yet, that doesn’t take away the added complexity and world-building that these side characters bring with them. And at points, the setting of the magical world within our “normal” one can feel like a character of its own; as the narrative progresses, becomes more complex and starts to wrap up, so does this magical world. For example, at the beginning of the series, this other world is only mentioned. But as the story progresses, we see it slowly become revealed, at first with hazy depictions of gothic architecture and then with fantastical forests and landscapes.

Now, crafting a dark and fantastical series requires an artistic style that’s fitting. Naifeh does this by illustrating the series with a striking gothic style that is detailed, sharp and expressive. At times it can be unsettling and at others it can be incredibly soft, and this artistic versatility is a large part of what makes “Courtney Crumrin”such a great read.

“Courtney Crumrin” is one of those stories that heals the inner child we all have, especially if you were the angry, perceptive, set-aside type of kid. Despite all the tough love this series can depict, as its main cast goes through more moments of adversity than peace, it is ultimately a story about resilience, hope and connecting with others. Do yourself a favor and let this hidden gem transport you to a magical gothic world where there is drama, horror and a few sprinkles of humor.

Hidden Heroes Among Us