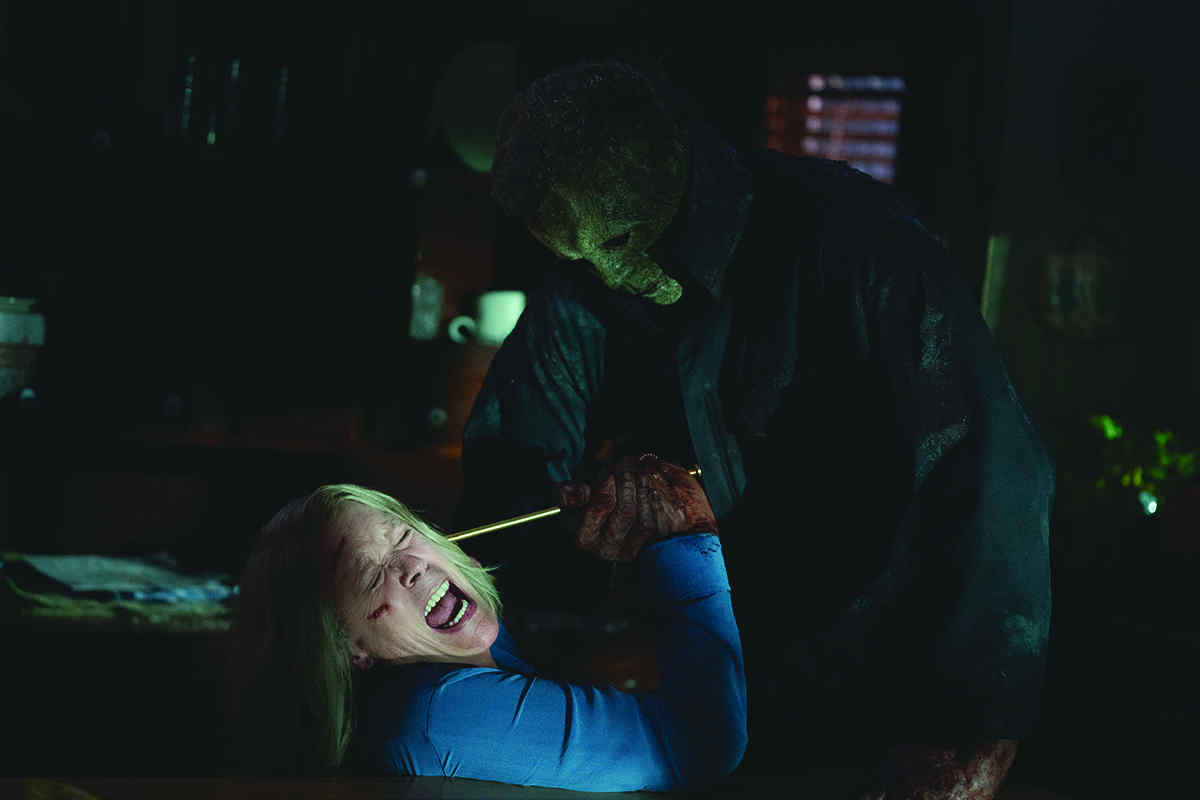 The townspeople of Haddonsfield deal with Michael Myers in one final film. Photo courtesy of Universal Pictures

Recent years have brought many successful horror movie reboots like “Scream” and “It,” along with contemporary cult classics that have expanded the horror hall of fame. While horror figures like Ghostface and Pennywise still delight and terrify fans, some horror icons like Michael Myers are left as an empty shell of their former selves, with lackluster sequels that do not hold a knife to the originals.

While the previous film “Halloween Kills” was an unfocused mish-mash of unlikable characters and stupidly long killing sequences, it still encapsulated Michael Myers’ well-known inhuman, psychotic nature. Myers’ lack of morals and unbeatable strength are what made previous “Halloween” movies so entertaining. “Halloween Ends,” on the other hand, strips Myers of these traits and makes him a weak henchman who lives in the sewers like a decrepit rat.

“Halloween Ends” gets off to a satisfyingly unpredictable start, encapsulating the feeling of the original slasher. Corey – a “boy next door” college student – babysits a young boy on Halloween, determined to have a good time after Myers’ reign of terror the previous year. After the child locks Corey in the attic closet, Corey becomes enraged. Of course, the parents return from their costume party just in time to hear Corey banging on the door and shouting death threats. In fear of his parents’ punishment, the kid quickly unlocks the door. Corey flies out, and the child flies off a balcony and lands in front of his mother, a bloody mess of broken bone and gore. “Halloween Ends” starts with a suspenseful death and a great introduction to new character Corey, but his development ultimately adds little to Michael’s story.

After the incident, Corey is ostracized by the town of Haddonsfield, causing the first film’s final girl Laurie to take him under her wing. In the process, Laurie introduces Corey to her granddaughter Allison. This is where the film turns from horror into a cringey “Heathers” knock off. Corey and Allison begin a passionate relationship filled with cringey dialogue and unnatural pacing. While their interactions sometimes add an air of comedy, their lack of chemistry is irritating and unbearable. During his romance with Allison, Cores loses his boyish, awkward charm and becomes incredibly volatile and aggressive. Corey is a generic character in the vein of “social outcast,” and giving him a larger role than Myers is the worst thing that could happen to the plot.

Corey eventually comes into contact with a frail, sewer-dwelling Michael and takes on his title after a ridiculous fight scene – it is difficult to believe that an average Caucasian man could toss a supernaturally strong superhuman around like a sack of unbleached flour. Making Myers a secondary character defeats the purpose of the franchise. Previous movies at least provided plenty of screen time for main characters like Laurie, but “Halloween Ends” focuses on an underdeveloped and shallow love story. Even the critical connection between Laurie and Myers was weakened by Allison and Corey consumed.

Laurie adds very little to the film other than uttering that Corey “has Michael’s eyes,” showing the giant hurdles the screenwriters had to jump through to connect the two. Sure, both are damaged individuals, but outside of that, there are no similarities. As a result, the filmmakers must provide corny scenes to make the audience see a miniscule chunk of Michael in a quirky white guy.

The conclusion of “Halloween Ends” provides no closure. The fight between Laurie and Myers –who has ruined her entire life – is terribly underwhelming. There is not a single second where the audience thinks Laurie might lose, and removing the threat of death defeats the point of a slasher film. It is too easy for Laurie to rid of a curse that has haunted Haddonsfield for decades, and the name of Michael Myers will never be the same.