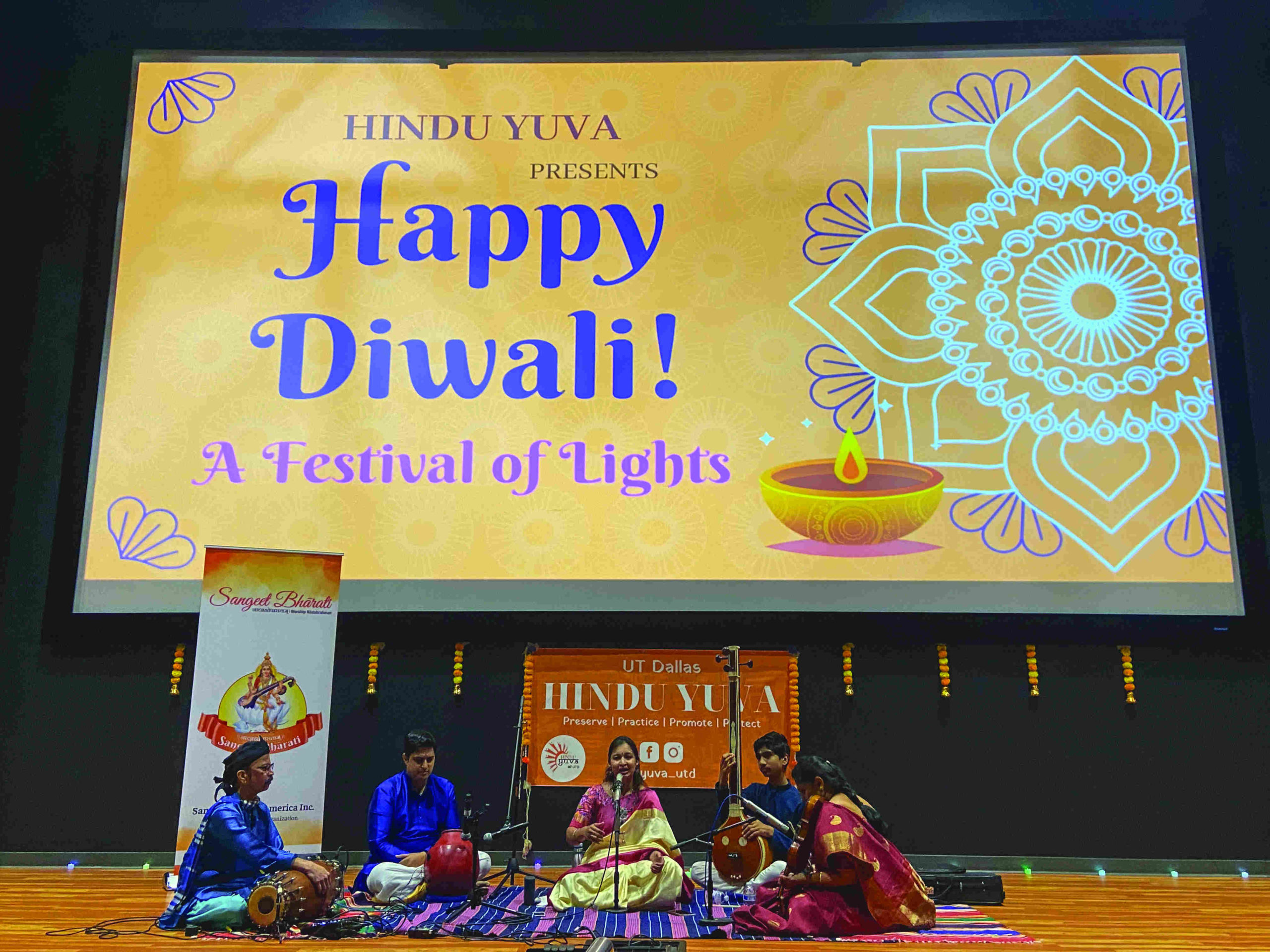 On the final day of Diwali, Hindu YUVA organized a series of performances to celebrate the holiday. Photo by Rylee Russel | Mercury Staff

Students celebrated Diwali with dancing, musical performance and other traditions

The event was hosted by the group Hindu Youth for Unity, Virtues and Action, known as Hindu YUVA, in partnership with the Indian Students Association, known as the ISA. The event spanned two days. The ISA held a DJ event on Oct. 27, and Hindu YUVA held events focused more on the cultural and religious aspects of Diwali on Oct. 28. Saket Puri, current president of Hindu YUVA and an organizer of the event believes that it is important to have a place on campus to practice Hindu culture.

“The main purpose is to bring like-minded students together and preserve, protect, promote practice (of) Hinduism on campus,” Puri said.

Diwali is a special five-day festival that celebrated in Hinduism and other religions to commemorate the triumph of good over evil. Amongst South Indian Hindus, the festival honors Krishna killing the demon king Narkasura. This year, the festival was from Oct. 22 to Oct. 27, with each day having its own significance. On the first day, people worship wealth and prosperity, with devotees typically buying a new gold item. On the second day, people celebrate play by lighting sparklers and decorating with colored lamps. On the third day, people make offerings and perform a puja ritual to the goddess Lakshmi. The third day is also the main day of the festival, where people light up fireworks and firecrackers. The fourth day celebrates the day when Krishna lifted a mountain to protect humans; another puja is usually performed that day. The fifth day celebrates brothers and sisters. Diwali is performed differently in different regions, as many different cultures practice Hinduism. However, shared traditions allow Diwali to be a common ground for those of different backgrounds to come together and celebrate.

Former president of Hindu YUVA, Sneha Saggi, helped to organize the event and explained that there were various performers lined up for the final night. One of the groups that performed included Sangeeth Bharathy, a Carnatic singer.

“So, I’m basically from India … and I was born in a family of musicians, so my mother was a musician, her mother was also a musician. So that’s how I got into this (profession),” Bharathy said. “Carnatic music includes a lot of compositions…mostly in Telugu, Kannada, Tamil, some Sanskrit is there…the compositions were mainly on the deities of the Hindu religion, and the first composition was on Ganesha. The second and third would usually (be) Telugu compositions.”

The next group to perform was the classical dance team, UTD Rangam, followed by live vocal performances by YUVA and ISA members. Lastly, Mantra Lounge performed a combination of yoga, meditation and music. YUVI said that by platforming Hindu culture at Diwali and providing a space for students to connect on their heritage, they lived up to their goal as an organization.

“Our main goal on campus as a club is to provide a community…especially when a lot of people are… away from family or friends or home and a lot of people…start missing their family and friends, especially during like the holiday seasons or the festival times.” Saggi said. “So Hindu YUVA doesn’t have any other goal than providing a community.”