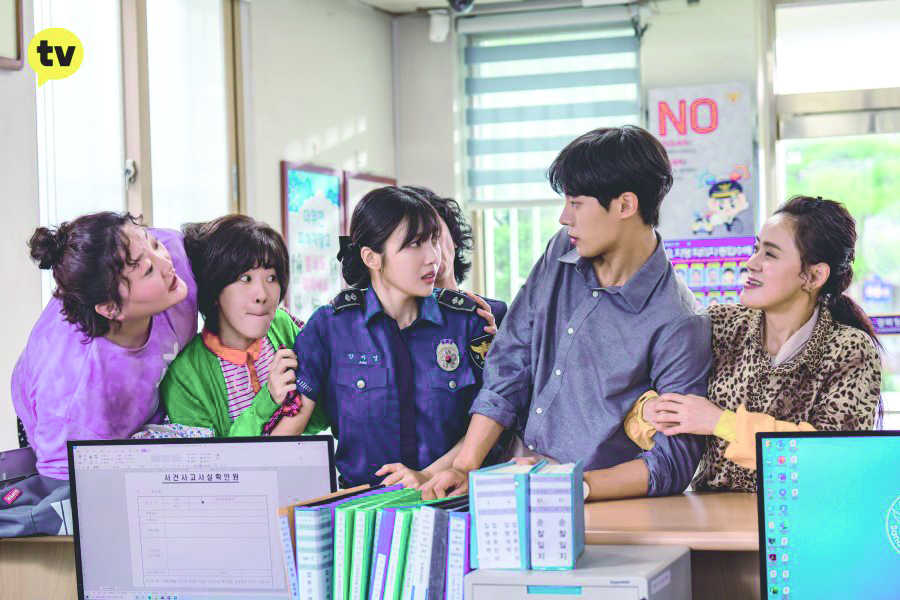 For those feeling nostalgic for summer, the K-drama “Once Upon a Small Town” brought a romantic “the end” to the season.

The series ran for 12 episodes, and since the series has shorter episodes than most K-dramas, it is a great gateway into the genre. It can be enjoyed in only one day and has all of the classic tropes for new audiences to become familiar with: a love triangle, mysterious backstories, childhood friends and others things I won’t give away.

Joy (also known as Park Soo-young) from the K-pop group Red Velvet portrays the female lead Ahn Ja-young, a young police officer in the small town of Huidong who easily puts a smile on locals’ faces. Male lead Han Ji-yul — played by Choo Young-woo — is a big city veterinarian returning to the town to take care of his grandfather’s hospital for the summer. While Ja-young’s bubbliness is infectious, Ji-yul may be immune to her charms. Their dynamic is an effective slow burn despite the drama’s relatively short time span, thanks to its brilliant acting and well-timed writing.

The grumpy x sunshine dynamic and the cheesy premise scream Hallmark movie, but the lines and their delivery allow the story to transcend its genre. Though Ja-young and Ji-yul have different conflict resolution styles — one cares too much and the other not enough — their relationship shows that communication is key. This clarity is a breath of fresh air among K-dramas, where miscommunication runs rampant.

The show’s amazing soundtrack elevates each and every scene. Background music — both instrumental and lyrical — interacts with the plot artfully and plays with the audience’s emotions as much as the writer and actors do. When the soundtrack begins to play, audiences are sure to get closer to the screen in anticipation for the two leads to run into each other after every setback or success.

It is important to note that due to the setting of a traditional small town and Ji-yul’s occupation, there are mentions of spankings and animals getting hurt. These acts aren’t done on screen, but their aftermath is occasionally shown, although it is not graphic. Overall, they don’t dull the summer shine of the drama.

For seasoned K-drama watchers looking for a cute and quick binge to new audiences wanting to see what K-dramas are all about, “Once Upon a Small Town” is the perfect story to fall into.