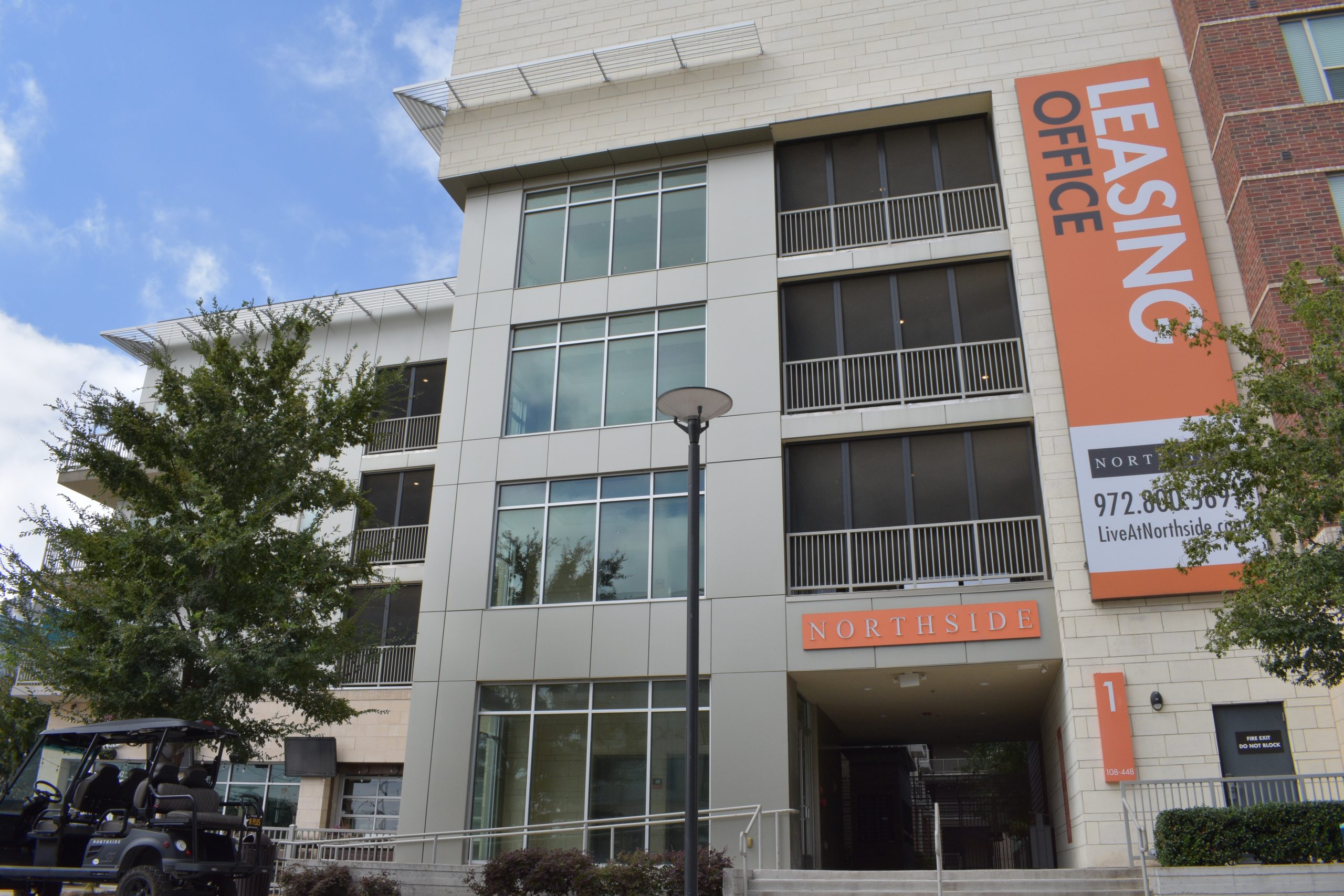 A Northside spokesperson said that the health and safety of Northside residents and staff is Northside’s top priority, and that priority has guided all their decision-making since the beginning of the pandemic. (Photo credit: Anna Phengsakmueang)

Residents of the off-campus apartments at Northside have expressed concerns with facility maintenance, both before and after the pandemic.

In a survey conducted by The Mercury, Northside residents responded with feedback they had regarding the housing facility.

“The noise levels are very high because walls are thin,” one survey respondent wrote. “The trash chutes are often blocked and nasty. They won’t refund any money to you without a long battle. A new thing breaks every week in the apartment. People don’t wear masks at the gym and aren’t actually enforced to. Parking sucks. We have had our AC go out multiple times, and it happens during the summer and took them 3 days to fix it.”

“The entirety of Northside is disgusting and dirty,” another respondent wrote. “One stairwell has had the same vomit splatters on it for months. A piece of dog shit has been in the hallway for over a year. The trash shoot was clogged for a week, causing a huge cloud of gnats to build in the trash room and make their way into the units.”

In response to the complaints about work orders, a Northside spokesperson said that the health and safety of Northside residents and staff is Northside’s top priority, and that priority has guided all their decision-making since the beginning of the pandemic.

“While COVID-19 has had a minimal impact on our staffing, we have had to adjust our processes to follow local health and safety guidelines,” the spokesperson said in an email. “This, combined with increased work order volumes associated with the move-in/move-out period, resulted in some delays to work order completions in August and September. Our team is committed to improving its operations to create an exceptional living experience for residents.”

Yet, said ATEC senior Sarah Harper, these problems have occurred since last semester.

“They never cleaned the apartment before we moved in, yet they postponed our move-in date to clean it,” Harper said. “Also, our freezer was broken to the point where we couldn’t open it, and it took them months to come and fix it.”

A person affiliated with Northside, who wishes to remain anonymous, said that problems are severely mishandled because Northside is understaffed.

“We don’t have enough staff to handle thousands of residents, and they don’t plan on hiring more people because they can’t really afford it,” the person affiliated with Northside said. “Whenever coronavirus first happened, they had about 30 employees working for Northside. Most of them quit – couldn’t come back because they only lived here for school. They were down to three [managers] that could do all of this.”

Regardless of previous issues with work orders, the Northside spokesperson said that as of now, the backlog of work orders has been cleared and the vast majority of new work orders should be completed within two days. In instances when an outside contractor is required to perform the work, the spokesperson said, it may take longer to complete the task.

“For pest control work orders, Northside uses a third-party specialist who visits the community once a week to carry out preventative work and deal with specific requests,” the spokesperson said. “As for public areas, the Northside team makes every effort to keep them as clean as possible on a daily basis. If a resident sees a problem, we ask that they report it to the office so the team can deal with it.”

Breakdown of communication between residents and Northside staff, the person affiliated with Northside said, can also be partially attributed to some residents not knowing which resources to utilize in emergency situations.

“If the residents call after hours saying that they have an emergency, then we come right away or usually we come right away. After about 30 minutes, they’ll come and fix it for you. But a lot of residents don’t know that,” the person affiliated with Northside said. “We don’t have emails going out with our on-call or emergency call phone number; a lot of people don’t know that. They just call the office or something and it just goes to voicemail that we listen to either that night or the next day, which isn’t really handled.”

The Northside spokesperson said that Northside encourages ongoing dialogue between its team and the residents. Residents are asked to complete surveys about their experiences – annually and after each work order – and Northside follows up regarding concerns. Additionally, the spokesperson said, email updates and newsletters are sent out regularly.

However, the anonymous Northside affiliate said they don’t see a solution to the issue, and both sides are struggling in the end.

“Employees are struggling. Residents are struggling. The office is struggling. Everything is just mismanaged to the point where there’s just issues arising from it,” they said. “And I don’t think there is a solution to this; I’m going to be honest.”