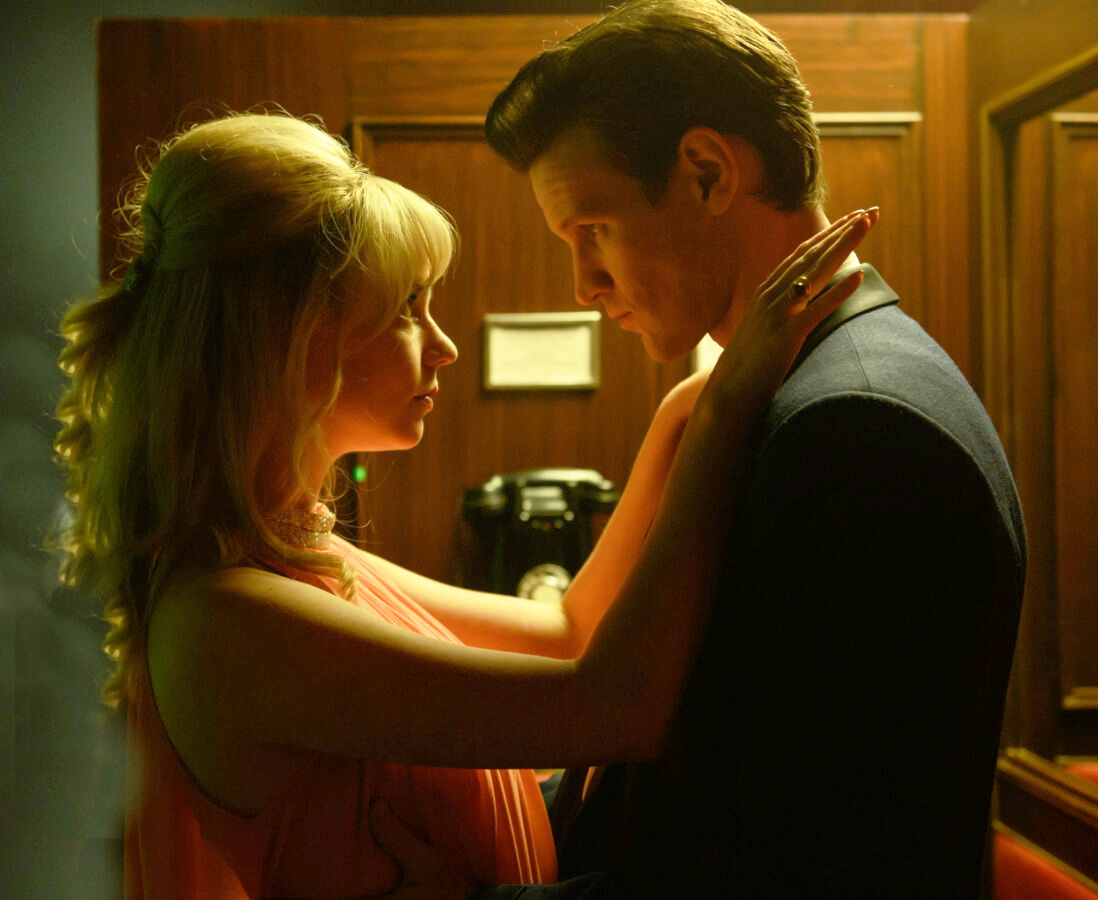 The elegance and mayhem of 1960s London come alive in Edgar Wright’s new film “Last Night in Soho” with a versatile cast, unexpected storylines and an immersive soundtrack.

The film follows Eloise (Thomasin McKenzie), a country girl on her way to attend fashion school in London. Upon watching Eloise venture into the city with bright eyes and a naive smile, headphones blasting 60s music, this seems like a classic coming-of-age story. However, this notion is quickly proven false as our heroine realizes her sheltered life has not prepared her for the cruelty of London. Mean classmates and the chaos of the city eventually drive Eloise to move out of her dorm and into a bedsit owned by Ms. Collins (Diana Rigg), a grumpy elderly woman.

The night of her move, Eloise has vivid dreams in which she is transported into her favorite time period, the swinging sixties. Here she lives the life of an aspiring singer called Sandie (Anya Taylor-Joy). While the shining lights, extravagant fashion and charming talent manager Jack (Matt Smith) serve as Eloise’s escape from reality, she soon realizes that Sandie’s life isn’t as grand as it seems, and dreams can become nightmares.

“Last Night in Soho” was one of my most anticipated movies of the year, so I had high expectations. Edgar Wright is one of my favorite directors, known for campy films such as “Scott Pilgrim vs. The World” and “Baby Driver.” This film was as quirky as his previous films, and I was immersed in its entirety. Wright’s timing was immaculate. Despite being someone who doesn’t get scared easily, I found myself lurching in my seat because of his intense and unpredictable jump scares. The 60s aesthetic is known for its glamour and bright colors, yet under Wright’s careful direction, this setting became ominously terrifying.

Just like “Baby Driver,” this film’s soundtrack was the cherry on top of an already interesting concept. The soundtrack consists of 60s artists such as The Kinks and The Who, along with covers of iconic 60s songs sung by Anya Taylor-Joy herself. Most of these songs have jazzy beats, and the contrast of these upbeat songs with brutal subjects makes you feel like you are Eloise and Sandie, inhabiting an inviting city filled with music, whimsical décor and promises of success but unable to shake a feeling of uneasiness. Wright’s utilization of the music allows the audience to feel the excitement and wonder that ooze out of London in the 60s, but eventually makes cheery, upbeat songs sinister.

Along with great direction, the cast was fantastic. McKenzie is a very likeable protagonist who embodies the sensitivity and sweet disposition of a naive girl while also portraying mania and obsession so intensely that it scared me. This role truly exemplifies the range of her acting, and I’d love to see her in darker roles because she has the makings of a great horror protagonist.

Taylor-Joy is another one of my favorite actresses and her role as Sandie was utterly captivating. She exuded confidence and ambition while mirroring McKenzie’s sensitivity and uncertainty. I was surprised to hear the actress sing in the film, and I was once again impressed by her versatility. Her portrayal of a woman being terrorized by the entertainment business and the men around her was heartbreaking. Her body language, voluminous blonde hair and unique outfits just added to her allure, and it was hard to look away from the screen when she was on it.

Both lead actresses mirrored each other in many scenes to give the impression that Eloise and Sandie were one entity within the dreams, and the camera work was seamless. Some of the scenes were shot practically (produced with little-to-no computer-generated effects), and the actresses mimicked each other’s body language perfectly. The chemistry between the two was fiercely captivating, despite their characters never directly interacting with one another.

Most viewers might know Matt Smith as the youngest actor to portray one of the U.K.’s most beloved heroes, the Doctor from “Doctor Who.” As a huge Doctor Who fan, I was overjoyed for Smith to portray Jack with the same childish demeanor and cockiness that he acted with in his previous works. I was not expecting the dark turn his character took, or for Smith to portray such a vile man. I loved that I hated him, and his scenes with Taylor-Joy had me on the edge of my seat.

I haven’t watched many horror movies with unpredictable plot twists. Still, I cannot stand when a movie has excellent exposition, but the conclusion is flat and easily guessable. Wright’s film was not like that, and when I thought I figured everything out he added a big twist that had my jaw on the ground. It was reminiscent of 90s classic slasher films, but not grossly cliche.

The contrast between Eloise’s highly romanticized version of the 60s and the human cruelty that transcends time periods makes for a psychological horror that is unlike any movie that I have seen before. It takes very real issues such as sexual harassment and the treatment of women and turns them a nightmarish, thought-provoking film. Wright’s newest film might have earned a place in my list of favorites, and I highly recommend spending a night in Soho.