With a new game and a new season, what’s in store for the franchise after its movie became 2020’s highest grossing film worldwide? 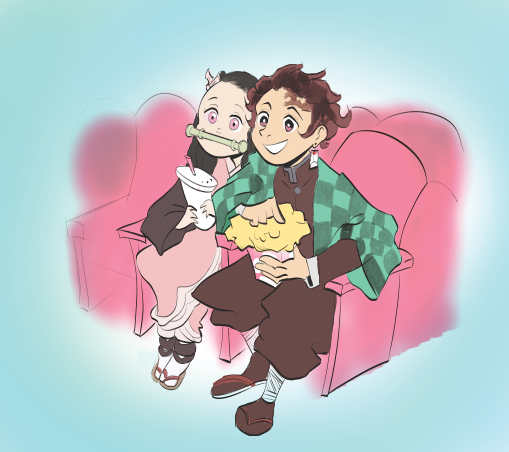 “Demon Slayer” is using its success to propel itself into the video game market to make as much profit as they can, and that’s maybe the best choice any anime series has ever made. While the new video game, “Demon Slayer: The Hinokami Chronicles,” is not expansive to the franchise or plot, it adds to the franchise’s titles and attracts new fans after the film, “Demon Slayer: The Mugen Train,” made the IP a phenomenal hit. Not only did Aniplex time the release perfectly with the launch of season two of the anime, but they also did it right.

“Demon Slayer” is one of the fastest growing anime franchises in history, celebrated for its animation, art style and fight sequences by critics and fans alike. The original novel dethroned “One Piece” in sales, with its record-breaking film debuting as the highest grossing anime film of all time and, by some metrics, 2020’s top film worldwide. This attention eventually led to the multi-platform release of “The Hinokami Chronicles,” designed by video game developer CyberConnect2—famous for its 17 successful “Naruto”games that set the standard for anime arena fighting games. So, what did the game bring to the franchise that it didn’t already have?

“The Hinokami Chronicles” speaks volumes with its success of one million copies sold within the first month, but the game itself isn’t as impressive. It falls prey to the stereotypes of arena brawlers with no standout besides continuing the success of CyberConnect2’s “Naruto Storm” series. While fans can finally live in the lore and action praised in the series, most of this is taken up by slow open world sections and cutscenes that fill nearly 4.5 of the game’s eight hours. However, this isn’t a review of the game itself—what stands out is what it did for the property.

The game serves primarily to recap the first season and movie, immersing fans and newcomers alike with a release that coincides with the beginning of the second season. The developers are no strangers to creating series, and as the first game only covers the first season, there will likely be a second game to cover the ongoing second season, possibly coinciding with a second movie. Season one itself wasn’t remarkably successful, being overshadowed by “My Hero Academia” and “Dragon Ball Super,” but the movie fundamentally changed that and led to the game’s own success. The franchise now has a formula, which it should continue to follow to build hype with storytelling, produce a cinematic climax and create an immersive experience.

“The Hinokami Chronicles” would have been moderately successful by itself considering who the developers are, but “Mugen Train” is what pushed the monumental profitability of the game. The movie itself obviously played a key part, considering almost every detail of the game’s end centers around the movie. It can be assumed the game was only this successful because of the extraordinary heights the film reached; however, this isn’t a bad thing. The formula of “Demon Slayer” would only be successful if the source material was worth the hype, and with that in mind, capitalizing on profits could only further contribute to the development of “Demon Slayer” in cinema and video games.

It’s likely this is only the start of “Demon Slayer” in video games. Giving fans an immersive recap in a growing medium by utilizing the film to propel the series to new platforms was the right step for the series, providing a path for newcomers to join this phenomenal franchise. It seems there’s no demon curse on the future of this hit series.

Rewind your fantasy with the dark academia genre