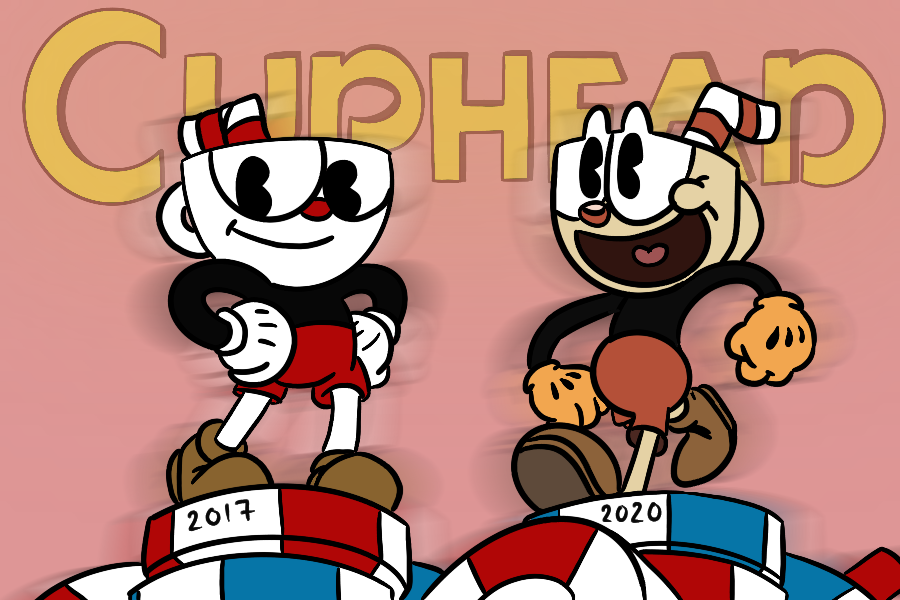 Netflix and Studio MDHR might be drinking from the same cup, but the 2017 game and 2022 TV series have very different ideas on what made the critically acclaimed “Cuphead: Don’t Deal With The Devil” popular to begin with, and I can’t help but be disappointed that the clashing portrayals are only getting greater.

It’s no secret that Cuphead as a game and as a TV show are two separate canons and aim for two different directions, and with the DLC being released June 30th and the TV show getting a second season this summer that will become more apparent to audiences. However, this is a weakness to the franchise, as not much else is consistent and it creates a divide in what makes the core of Cuphead outside its characters and aesthetic.

The original indie side scroller was a phenomenon that blew up the internet in 2017 with fame for its 1930’s cartoon aesthetic, keyboard-breaking difficulty, and engaging emphasis on teamwork. Each level was a learning experience that creatively challenged players at each turn, and the cast of characters was vividly expressed in either each action or even taunting pun-filled defeat screens. Everybody wanted to play or watch “Cuphead”, and even I found this game incredibly charming and fun, with these characters just as much of a staple as the aesthetic or difficulty, and this was true for the overarching narrative that stuck with me even now.

Roll around five years later and Netflix’s 2022 TV series instead decided to take the show in a slapstick comedic route, with barely an echo for the same reception the game received. It fell flat as a husk of the game with the only thing that stayed consistent from the games being the aesthetic. The ensemble of characters were still there but lacked charm or consistency from the game. Secondary antagonist King Dice is a prime example of this, going from instead a sleazy and analytic casino mobster with zealous charisma as The Devil’s cruel right hand man to a one dimensional radio show host fearful of his employer. The recent trailer drop of the second season seems to resemble a similar contrast for its characters, as new and old characters to the show betray what they once were in the game with no actual meaning or semblance to a plot. This second season could have made the cartoon an actual show beyond slapstick humor and funny faces similar to the likes of classic “Looney Tunes” ,and instead continues to move further away from the core of the game’s original design, atmosphere, and even characters.

The DLC and second season release are scheduled to be months apart, and while it might renew popularity in the series, comparisons are inevitable. Viewers coming from the goofy cartoon will be shocked to see the darker tones and striking gameplay that holds no semblance in the show, while those coming to engage with more content outside the game will find only traces of what they love that otherwise alienates the plot and themes. Fans of either will find two separate moods and directions outside the initial foundation, and I think it’s a shame there’s not a thematic consistency between the two. Instead, we get two parallels between exploring a world and its characters to a slapstick remake of 1930 aesthetics with 2020 humor.

In the coming DLC and TV show I hope to see a little more overlap with details that doesn’t branch the media too far away from each other. Cuphead by itself was a masterpiece in its style and execution, and the show should at least echo that outside being a shallow cartoon. Perhaps we’ll get to see more unity going forward, but at this point, I’m throwing out what’s left in this cup.