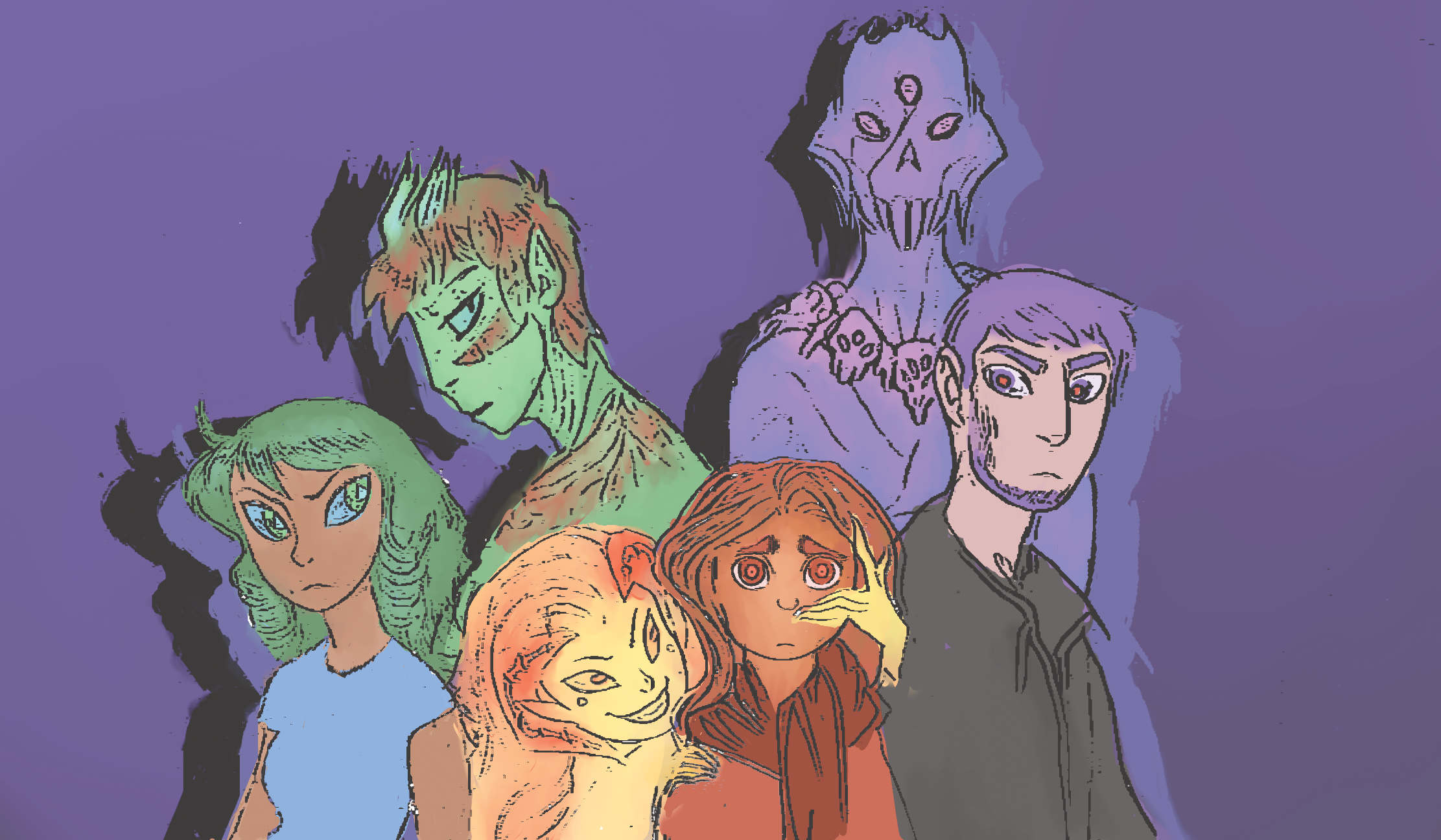 If you are looking for a comic that blends striking visuals and good storytelling with a uniquely digital format, you should read the webcomic “Ava’s Demon” by Michelle Czajkowski. It’s a particularly good pick-up for lovers of fantasy and sci-fi due to its interesting spin on the concepts of reincarnation and galactic warfare.

At first, the webcomic centers around a teenager named Ava Ire and her demon Wrathia, who we quickly learn has a knack for tormenting Ava and getting her in trouble. We are introduced to the pair when Wrathia gets Ava sent to the principal’s office and expelled. While Ava is being scolded, we are introduced to two other key characters, Maggie and Odin. Then, the comic suddenly shifts into high gear and takes the reader on a roller-coaster ride of events where all three are trying to escape their planet as it is randomly being attacked and destroyed. But during the escape, Ava has to make a pact with her demon in order to not die, with two conditional requirements. First, Ava is bound to Wrathia, and second, she will help Wrathia seek revenge by defeating the galactic overlord named Titan who destroyed her empire. To achieve this goal, Ava must find other people like herself that have an associated demon: Wrathia’s empire’s strongest warriors. This pact teaches the reader a bit more about Ava’s demon, who she is, where she came from and the reason why she, Maggie and Odin were brought together – which perhaps isn’t so random, after all.

Then, the series follows Ava’s journey in trying to find the rest of Wrathia’s warriors. Sometimes, Ava is the main focus, and we are granted access to her thoughts or her demon’s dynamic and backstory as the comic unfolds. Other times, the narrative follows the rest of the characters’ backstories, perspectives and dynamics with their own demons. This switch in perspectives is imperative to the story, as with each character shift we slowly piece together not only the mass influence and power of Titan but the relationships and dynamics these demons had with each other before the fall of their empire. Along the way, we see how these histories and past relationships intertwine with their reincarnated selves, as each demon either represents or possesses something that their reincarnated self lacks. This correlates to the fact that each demon’s name is an anagram for one of the seven deadly sins.

For example, Ava is meek and insecure, so Wrathia gives her confidence and power in dire moments. Maggie is brash and confrontational, but her demon Tuls is gloomy and calm; what binds them together is their infatuation with love and affection, as Tuls is the anagram for lust. Odin is prideful and dutiful but insecure, so his demon Pedri, the anagram for pride, is strategic and cunning. So, he will occasionally feed off of Odin’s insecurities in order to manipulate, mentally weaken or briefly possess him.

Story aside, you should read “Ava’s Demon” to engage with the colorists’ painted art style and the author’s unique use of animations. The first thing you’ll notice when you start to read this series is how the use of light and color makes the characters and background look soft and glowing. This interesting use of shading adds to the fantastical setting of the comic, enhances the story’s tonal shifts and allows readers to understand and almost feel a character’s emotions and inner turmoil. For example, during a near-death experience Ava has in the middle of the series, the shades shift to blue and white and depict an atmosphere of order and efficiency. Then, Wrathia lends her power again, and everything turns orange and red, quickly changing the calm and orderly atmosphere to chaotic and vengeful.

Additionally, unlike the usual comic page where there are panels or the usual webcomic format of scrolling down, “Ava’s Demon” utilizes the next button. What’s cool about this is that the author intentionally presents the panels one by one for readers to view them like storyboards of a movie. The added motion of the animated sequences at the end of each arc truly demonstrates the magnetism of this story’s surreal-like visuals. So, if you want to experience how print media can be taken to the next level when placed on a digital platform, read “Ava’s Demon” at avasdemon.com.