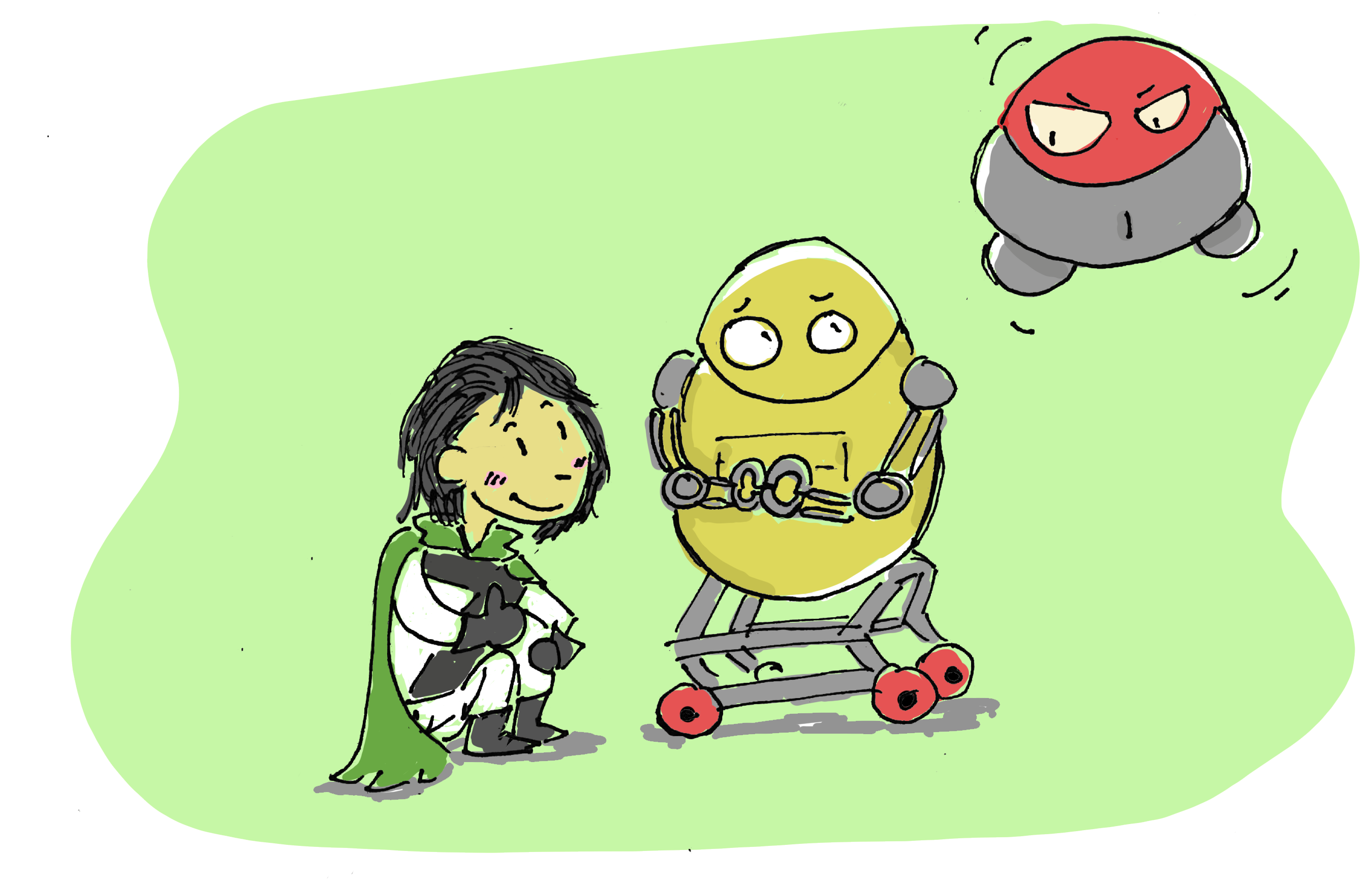 Through a whimsical and eye-catching art style, Ben Hatke puts his own twist on the classic hero’s journey in his three-part comic book series “Zita the Spacegirl.” Against an apocalyptic sci-fi backdrop, Hatke keeps things interesting by making the hero’s journey one of redemption instead of self-discovery or lost innocence.

This series is a fun and heartwarming read that unlike some other comics, isn’t super demanding of your time. While it is a three-part series, each book has a self-contained storyline and can be finished within a day.

The series begins with our main character Zita and her friend Joseph playing outside as a strange object falls from space. As the object plummets toward the ground, we are introduced to the attitudes of our protagonist and her foil. Zita is outgoing and short-sighted while Joseph is cautious and shy; Zita opts to press the red button on the fallen object even as Joseph tells her not to mess with it. This creates a small portal, and Joseph is dragged into another dimension by a strange creature. In a mix of shock and horror, Zita runs away as her friend calls out to her for help.

Guilt-ridden, Zita decides to embark on a rescue mission. Once again pressing the red button from the strange space device, she leaps through the portal and embarks upon her galactic rescue mission, stranded on an apocalyptic planet with a cult that believes her friend is the key to stopping a meteorite from destroying the planet.

Now, what makes this comic book series so enjoyable is that the reader can literally see a shift in Zita’s attitude as her journey progresses. We see her go from having a trickster attitude to a team-minded one. For example, after jumping through the portal to search for her friend, Zita is faced with the realization that she’s alone in a foreign environment where everyone is hustling to get somewhere or get something. But, after a strange creature selflessly helps her navigate through a crowd when she first arrives on the new planet, she’s able to lend a helping hand to the planet’s inhabitants she later befriends in the story. Another example is when she and her crew are traveling through the ruins of a city. During their trip, they come across a robot whose legs no longer work, and Zita goes and finds a new pair for him instead of leaving him behind like one of her traveling companions wanted. Still, this newfound attitude is put to the test when Zita has to decide whether to continue her journey to save her friend Joseph or leave the planet with her new friends before the asteroid hits. This personal test first pops up in the middle of the story and then again towards the end.

Character development aside, the author’s use of a soft pastel color palette does a great job of keeping the tone energetic and friendly. The comic also has an art style that balances simplicity with detail, making the diverse creatures and backgrounds of planet Zita visually enjoyable regardless of whether there is action in the panels. This combination of friendly and energetic pastels with an engaging art style gives “Zita the Spacegirl” an innocent warmth, despite the story’s pre-apocalyptic premise.

If you are looking to pick up a new series but have a busy schedule or want to read something that isn’t convoluted and text-heavy, “Zita the Spacegirl” is the series for you. We could all use a little bit more fun, light reading in our lives, so go pick up a copy at your local library or bookstore today.

Rewind your fantasy with the dark academia genre