After its explosive success and growth in a short time the esports program needs more permanent staff in order to sustain current operations. 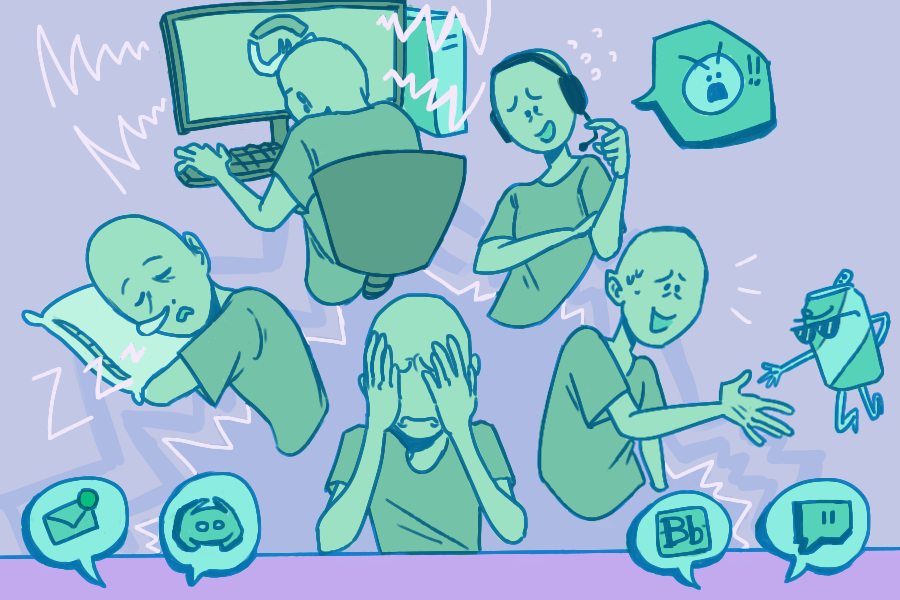 The UTD Esports team has outgrown the administration’s current support and needs another permanent staff member to keep the program’s momentum going; otherwise, it risks losing the program’s progress.

The interim period since inaugural coach Greg Adler left the esports program has both demonstrated the program’s potential and exposed the flaws with the current administration. As an example, the Overwatch team brought on former pro coach Chris “Bani” Benell and freshman players such as Abraham “P3tal” Khan, giving the team an edge that pushed it to top four in the nation. While the social media and broadcast teams also expanded to some degree, UTD Esports has rapidly developed into four different games and multiple domains of esports, quickly outpacing both the passion driving the program and the support that the administration is willing to give it.

The esports industry was historically driven by passionate and underpaid people striving for a dream. This manifested in unpaid horror stories, like Dignitas paying interns in mousepads for months of work. Unfortunately, collegiate esports doesn’t fall far from the tree. It can be argued that, like many other collegiate clubs, an esports program doesn’t necessarily have to pay students for doing some minor work or social media promotion. Officers at smaller clubs may dedicate five to 10 hours weekly to arranging meetings and activities and managing a small budget funded by bake sales. However, this view grossly underestimates the current scale of the program and likely contributed to the University’s disastrous decision to list a director’s job as a “head coach” position. Perpetuating this view only leads to the continuation of one of esports’ worst habits that will eventually burn out the most passionate people in the program.

In the absence of permanent employees paid by the University, UTD Esports has fleshed itself out with a program that is almost entirely student-run. Teams needed coaches to coach them, so volunteers were found. Then team managers were needed to arrange practices and tournament signups, alongside more coaches to help the existing ones in a growing program. Real esports teams have social media, so the need for a social media manager manifested, and so on and so forth until nearly 20 students filled roles from coaching to broadcasting and more – positions that are paid elsewhere. The key students of the program can spend up to 40 hours a week keeping the program running to the standard they’ve set because they want to see this program succeed. But it’s not sustainable. Students are ephemeral by nature. They graduate, get new jobs and some just become burnt out.

This is especially obvious with the social media team, which was a revolving door this semester. Long-time social lead and CS major Hector Mavrakis graduates this year, and he did a lot of work on graphics, social media and sponsorships – often far exceeding his logged 20 hours a week. He did so much for the team that his position is breaking into three different roles upon his graduation, all of which need to be filled for the social media team to continue running at tip-top shape. And while early in the semester plenty of people are willing to help, like with all clubs, membership tends to die down over time. At this time, only one full-time video editor and one full-time social media staffer remain.

Social media can greatly influence funding for an esports team. Every single collegiate, amateur and professional team runs on sponsors. But unlike those for traditional athletics, esports sponsors don’t just want their names plastered on jerseys or arena walls. These sponsors love deliverables: social media content that features their products, direct promotion in the beginning or end of a video or even logo features in exchange for funding the content piece.

“There could potentially be a little more support and hours given so that we can bring on more students…for the marketing team so that we can offer more deliverables. More deliverables means that we can also have more content for sponsors,” Mavrakis said. “Just take creative and socials as a potential money maker; it’s been proven with universities such as UCI that esports can 100% be profitable.”

UTD Esports has a lot of problems to address, but all change must be made incrementally. So, even though the name “head coach” is wholly inaccurate to the duties of the position and students will have to pick up the slack in the day-to-day operations of the teams, as a public institution, UTD can’t just aimlessly throw money at the program. Within a year, the administration should hire at least one other permanent staff member to maintain a constant presence for the social media, broadcast and content creator teams.

Because social media and broadcast are key to providing marketable deliverables, securing potential multi-year sponsorships should not be left up to students who leave on a semesterly basis. Having a permanent esports media coordinator to oversee the funding and creation of deliverables – which can be made by available student staff – would greatly stabilize the program. A big complaint from the program right now is that there is not enough money to pay for equipment, staff and more. But having somebody on staff focused on coordinating the social media and broadcast teams can lead to securing sponsorships and funding for the program and free up the new “head coach” to focus on managing the teams. Then, UTD won’t have to inject hundreds of thousands of dollars to meet program demands and the program can sustain itself.

The members of the esports program have already proven that success can be achieved here. From smashing the collegiate Smash scene to garnering over 90,000 views on roster announcements alone, the program is running strong on the fuel of student passion. But now, UTD needs to strike while the iron is hot or risk losing the program as burnt out students leave behind a dying flame.

‘Beneath the Dead Oak Tree’ thrills like no other comic