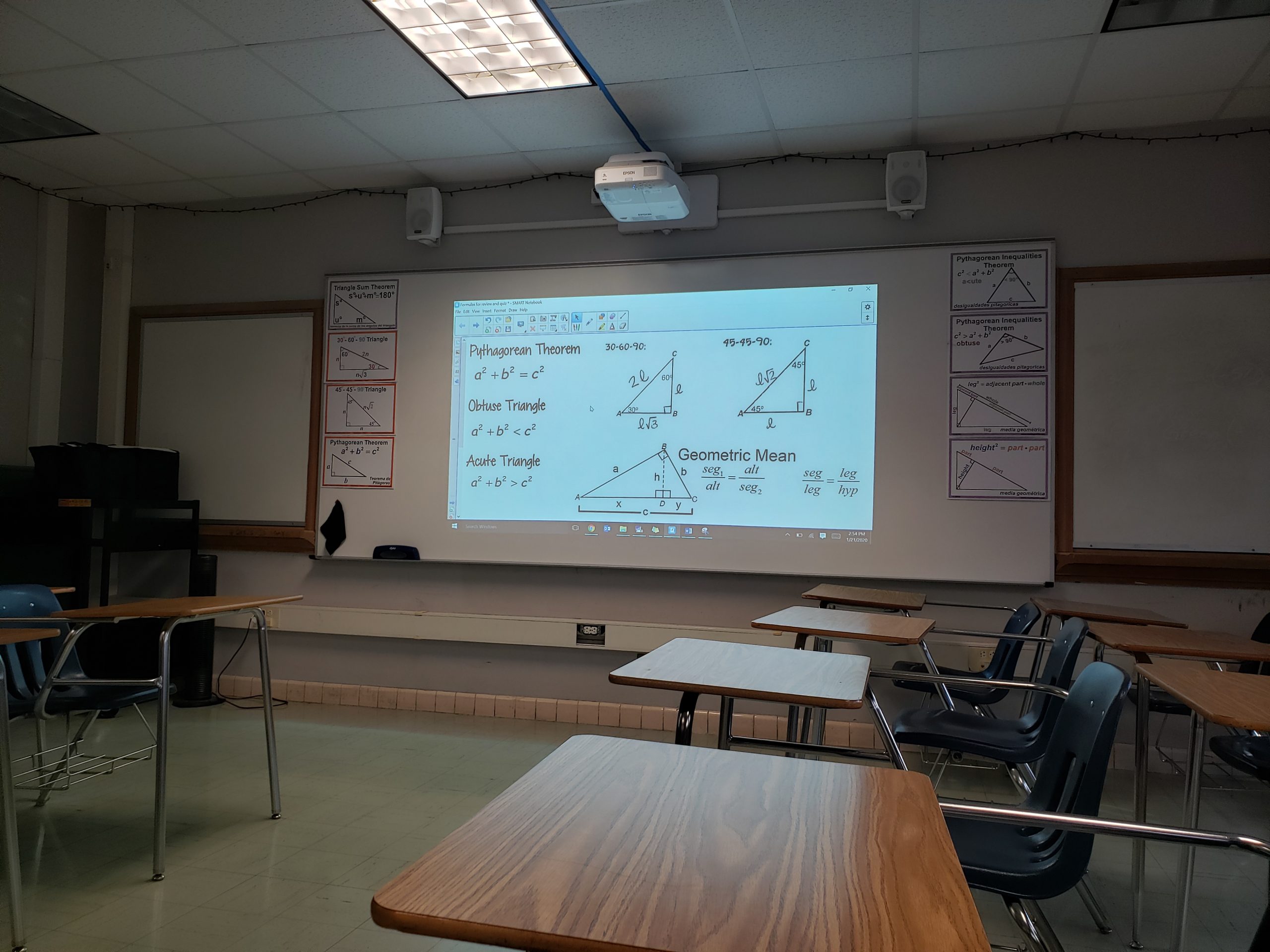 Students training to be teachers through the UTeach Dallas program face increased uncertainty in their prospective career after the pandemic hit.

UTeach Dallas certifies students pursuing STEM degrees to be secondary mathematics and science teachers in Texas. Yeeun Jeon graduated in May 2020 with a major in mathematics and is one of the 26 spring 2020 graduates of UTeach. She will work at West Mesquite High as an Algebra I teacher in the fall. The journey to get there was not without struggles, she said.

“We were told to apply in the March-April time. That’s when the pandemic happened, at the same time. I was scared that I wouldn’t get a job,” Jeon said. “I was working full time as a clinical teacher when it happened.”

A clinical teacher is a UTeach Dallas student who teaches full time, 40-hour weeks at a local school as a student-teacher for their last semester before graduation. Their teaching counts as a six-hour credit class. Because of the full-time work commitment, it is pushed to the last semester and students generally only take their last two UTeach classes during that period, the other of which is a weekly seminar.

“I was teaching at my school from 8 to 5 every day and then after spring break everything went virtual,” Jeon said. “(UTeach students) were freaking out in our group chat, like, are we going to get credit? Are we going to certified? What’s going to happen?”

Texas legislation states that clinical teachers must teach for 70 days and complete an additional 30 hours of in-field experience in order to be certified. However, Katherine Donaldson, the associate director of UTeach Dallas, said the Texas Education Agency altered the requirement in light of the pandemic. Instead of the earlier requirements, clinical teachers had to teach for 35 days and the additional 30 hours could all be completed virtually. Since the program has students teaching 40-hour weeks starting from January, UTeach Dallas students were able to meet this requirement.

“A concern that our students — both seniors and rising seniors — had was if they were going to get the certification requirements, but even if they did, would anyone be hiring now or in the foreseeable future?” Donaldson said. “We did our best to stay in contact with ISDs and keep our students in the loop about hirings.”

With only half a semester remaining before graduation, Jeon worried about securing a teaching job amidst all the changes taking place.

“We had online job fairs and the UTeach professors sent us links to apply to, but I kept applying and applying. We had one mock interview session before we closed, and I didn’t feel that prepared,” Jeon said. “Some schools were going through a hiring freeze. I had to think about applying outside of the Dallas area, but I didn’t know if classes would be online or in-person in the fall. I could apply to a different city, but I wouldn’t know whether or not I would have to move there or if I could save money and stay in Dallas and teach remotely. And no one really knew at that time either.”

For fellow mathematics spring graduate Destiny Salcido, it was the lack of engagement with her Algebra II students at Berkner High School during her clinical teaching that initially worried her.

“I think math is a social subject — it’s very collaborative. I was thinking, like, how do I replicate that experience of students collaborating and asking me questions over online sessions?” Salcido said. “My school decided that we wouldn’t teach any new content after spring break, so we didn’t have any classes. I had tutoring hours on Zoom where students could come in if they needed help, but I had like five students out of 60 reach out for more information.”

Donaldson is optimistic about recent graduates’ job prospects. As a former 15+ year teacher at Garland ISD, she said she is able to leverage her connections within school districts to help student find jobs and said almost all spring graduates have accepted teaching offers.

The program has produced over 200 teachers since its first graduating class in 2011, but Donaldson said they expect a decrease of 30-40% of normal enrollment for the upcoming year. Otherwise, the staff has focused recruiting efforts on sending emails and maintaining an online presence, but their main source of recruitment in the past was the freshmen orientation, which is now virtual.

Salcido said she decided to be a math teacher in high school because of her positive experience with her calculus teacher. Armed with the skills she learned from UTeach, Salcido said she feels like she has a fresher perspective on the subject.

“Being a UTeach math major, I learned the people behind mathematics and how to engage with students so they can digest material. I learned how I want to make math more human. That’s something I don’t think most math majors have,” Salcido said. “To anyone who’s interested in UTeach but not sure: if you don’t like the first semester, you can leave and they’ll be fine with it. What do you have to lose? You might figure out that you really like it and you want to do teaching as a career.”

Looking back at the previous semester, Salcido said she felt shifting to online learning came with new sets of challenges like cheating or truancy, but also some others that might not initially come to mind.

“One of the things I’m nervous about is classroom management. It’s hard to (do) that as a new teacher, and it’s harder to do that online,” Salcido said. “I want students to respect me but also see me as friendly. But we don’t know for sure whether classes will be online or in-person yet, so maybe they’ll be in person.”

The decision about public schools opening up or staying online in Texas is decided by the state government. Governor Abbott had previously called for reopening businesses and on June 18   stated that he wants to open schools in the fall. If that is still the course of action in August, Salcido will move five hours away to Amarillo and teach 7th and 8th grade math at Austin Middle School. To her, it’s her responsibility as a teacher to show up if classes are held at the school.

“The way I see it is that if the students are risking their lives for their education, the least I can do is come in and teach them,” Salcido said. “It’s my duty to them.”

Your tuition, by the numbers