Written in the stars 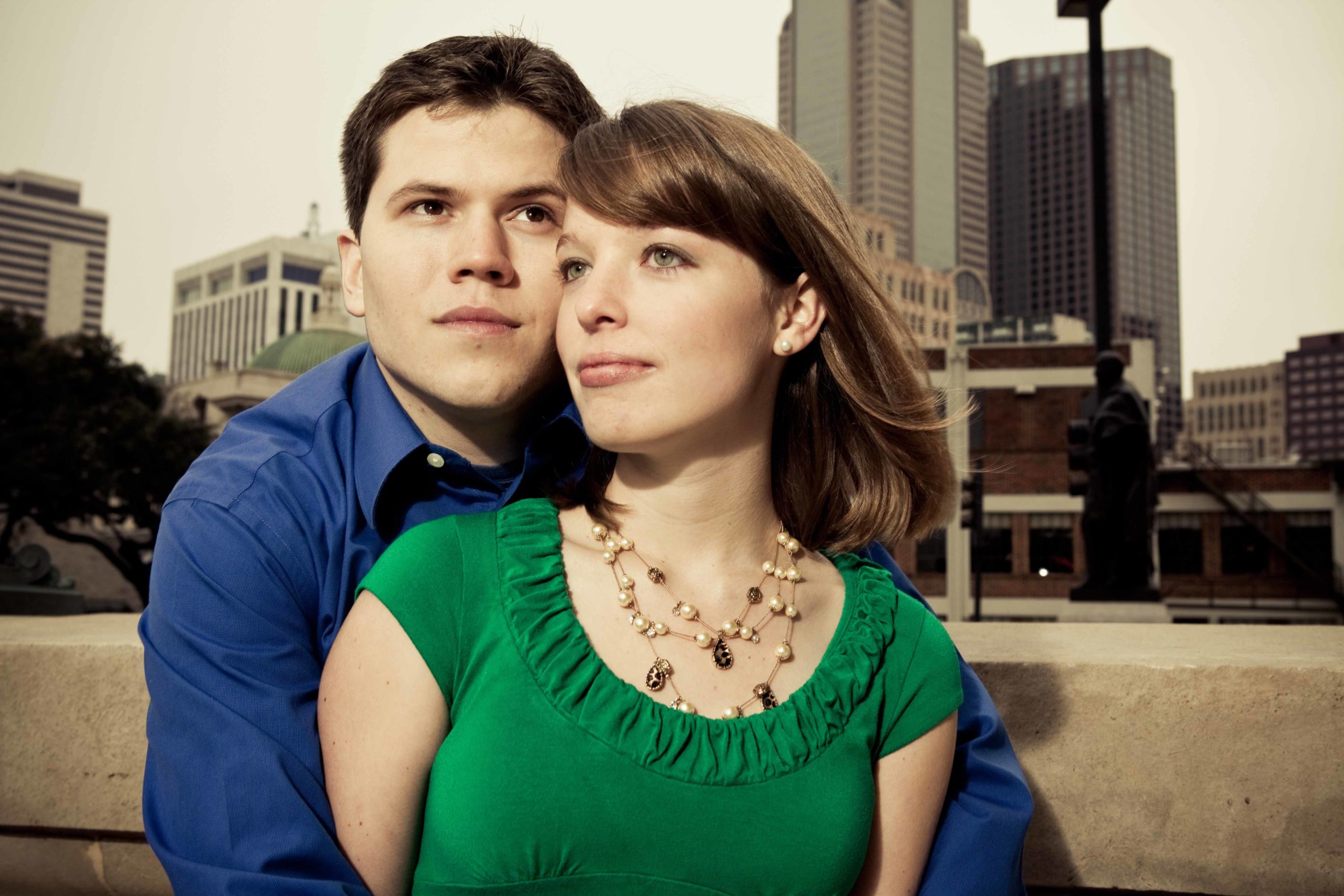 Jonathan Coker and Megan Newman began dating towards the beginning of their sophomore year at UTD. Photo Courtesy of Megan Newman

While real-life comets are only visible to the human eye for a brief moment in time, two Comets have blazed a bright and brilliant path together for the past 15 years.

Jonathan Coker and Megan Newman arrived at UTD in 2006, joining a cohort of 15 Eugene McDermott Scholars. Coker was the first McDermott scholar from Oklahoma, and Newman hailed from over 600 miles away in El Paso.

Both were drawn to UTD because of its rigorous academics and professional and cultural development opportunities. Newman majored in history, founded Mock Trial and became president of the Pre-Law Society, while Coker majored in neuroscience, did cognitive science research and was a founder of the first Model UN group. The two fell into each other’s orbit almost immediately.

“We got to know each other as friends during our freshman year and during a trip to Mexico for a Spanish immersion program with other UT Dallas students the summer after our freshman year,” Newman said in an email interview. “Before we started dating, I even told my mom that I did not think I could ever date him. I remember her eyes widening at that statement. That was probably because she had already told him she thought we would be a good match, without me knowing about it!”

Coker recalled the early days of their friendship and how they got to know each other better.

“We bonded over shared interest in politics, philosophy, and media,” Coker said in an email interview. “Megan often wrote for A Modest Proposal (where I was an editor) or helped with editing and moral support.”

The two began dating towards the beginning of their sophomore year. Coker said that attending UTD made him a bit of a space nerd, so the couple’s homegrown love of astronomy sprouted together on one of their first dates, where they drove out to see a total lunar eclipse.

“Jonathan wrote me poetry, cooked for me, took care of my car, and made me feel so special towards the beginning of our sophomore year that dating him was a no brainer,” Newman said.

As college came to an end, Coker took Newman out for one more astronomy-centric occasion.

“He convinced me to climb a hill with him behind where we were staying in the middle of the night to stargaze. He knew there was a meteor shower that night, though I did not,” Newman said. “He asked me to look for shooting stars and make wishes on three of them. After three shooting stars he asked me to stand up and got on one knee to propose.”

The couple married the summer after their graduation, becoming the first married couple from the program. While post-graduation is a typical crossroads for life changes, theirs was compounded by their differing career paths and the fact that they could end up in different cities as they began graduate school.

In the end, they were able to attend UVA’s medical and law schools, respectively. The two packed their U-Haul and said goodbye to Dallas for the time being. In Virginia, the couple had to balance their new marriage as well as their demanding course loads.

“Those were some of the most challenging years of our marriage and career, but we made it through with the incredible support of our family, friends and each other,” Coker said. “UVA and the DC/Virginia area is a big destination for many UTD and McDermott graduates, so we had no shortage of friends in the area.”

The couple lived in Charlottesville for five years, then spent nine months apart as Newman moved back to Dallas to clerk for a federal judge. The couple awaited Coker’s residency results, which would determine where he would live for the next few years. He matched with a program in Dallas, and the two settled back into the city.

Today, Coker works in the Psychiatric Emergency Department at Parkland Hospital and is an assistant professor at UT Southwestern. Newman is an associate general counsel at Workrise Technologies Inc., a technology and staffing company. The couple welcomed their first child two years ago and had their second just a month ago. For now, they have no plans to move elsewhere.

“We settled down in the city we came to love because of our time at UT Dallas,” Newman said.