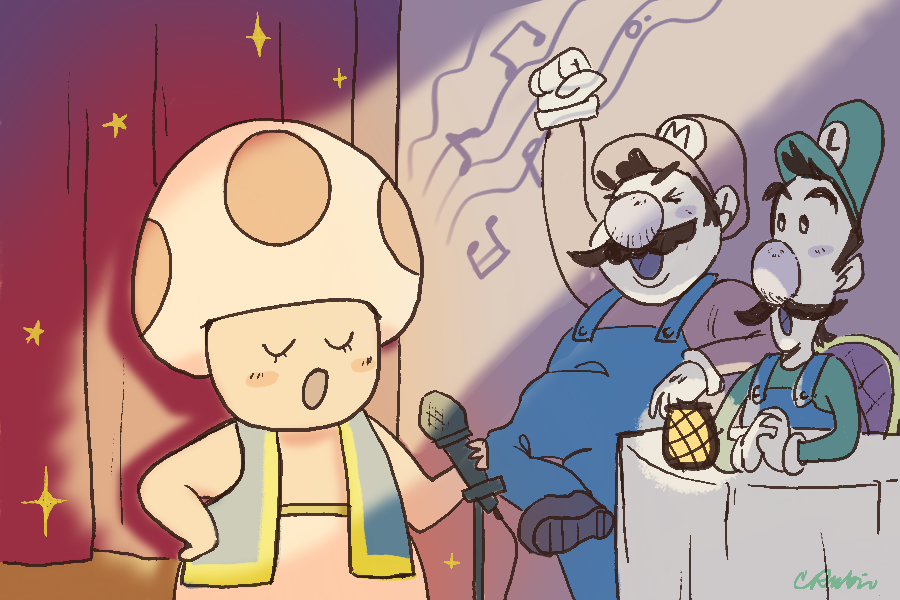 The first trailer for “The Super Mario Bros. Movie” has rightfully grabbed many fans eyes, but what they might not know is that this video game adaptation will be a musical — for good reason

You read that right. It has been confirmed by various sources that both Bowser, played by Jack Black andToad, played by comedian Keegan- Key, will have musical notes across the movie. Both voice actors have experience with singing, but when it’s with the face of one of video game’s most iconic raspy voices, I had my doubts. In an article last October I argued that the movie’s crazy range of cast members was actually a good thing. Now, I am willing to double down and say a musical rendition of Super Mario Bros. could actually be a perfect fit.

I’ll address the womp in the room first: half of the cast doesn’t actually sound like their characters. Chris Pratt is a subpar Mario, Charlie Day is a bit of stretch for Luigi and even though we haven’t heard it, I’m still nervous to hear comedian Seth Rogan’s infamous laugh on the face of the stoic Donkey Kong. However, the voices that have been confirmed to sing thus far fit their characters exceptionally well, and I believe the musical element will actually add to the characters.

Key has two musicals under his belt already with “Schmigadoon!” and “The Prom,” where he demonstrated his impressive control over pitch and range. Likewise, Black has been performing in the band Tenacious D since 1994 and earned a Grammy for his first single this August. With two musical talents behind the voices of Bowser and Toad, they can bring out a side to these characters perfect for the atmosphere of the film. Can you imagine big bad Bowser singing his heart out in the Illumination art style? It creates the perfect contrast for an intimidating character famous for his soft fatherly side. This could encourage both character development and introduce a more approachable personality to an otherwise generically evil villain. Bowser being cartoonishly evil can only run so far during screen time, which the film clearly understands, given his trailer introduction. And, let’s not forget about Toad. Anyone who has heard his canon voice can understand how funny it is when the character is parodied, and I can already hear myself chuckling in theaters with Key’s version of the loveable mushroom.

The release of “The Super Mario Bros. Movie” will also help it standout, as it is schedule for April 2023. According to Movie Insider, most of the films expected around that time will be horror or dramas with little to rival a musical until a month later. As a big-name title, “The Super Mario Bros. Movie” will stand out among the crowd, especially considering its plethora of talents.

“The Super Mario Bros. Movie” won’t be animation studio Illumination Entertainment’s first time making a musical, with both “The Lorax” and “Sing” having done phenomenally well for themselves. “The Lorax” became a cult favorite for its lyrical portrayal of the Onceler, and a song that debuted in “Sing” was nominated for a Golden Globe. It is safe to say that Illumination Entertainment understands what they’re doing. I mean, how likely is it that this is their first musical that does poorly, especially given how attentive Nintendo is to their brand?