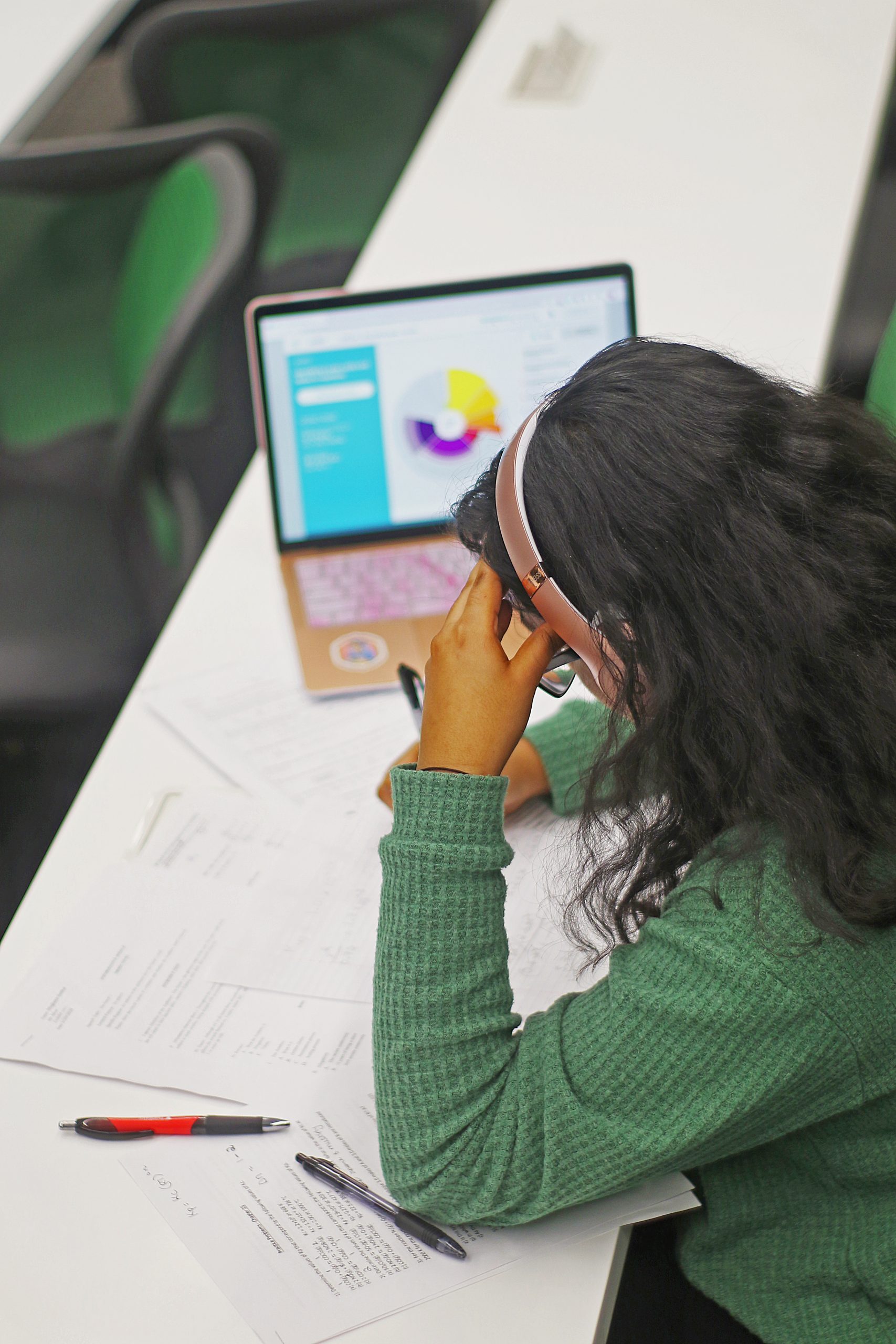 Bioengineering freshman Meghna Jayavelu told herself that she wasn’t going to cram for this upcoming test, that she was going to study in intervals. However, like 16% of students, she found herself only beginning to study the night before her exam.

A Mercury survey of 121 students found that several respondents crammed for their tests, beginning to study a day in advance.

“The final day before the exam, I start studying around 10 p.m., and it may go all the way up till 10 a.m.,” Jayavelu said. “You know you’re in a do or die situation, and the 10 hours you spend (studying) are the most quality 10 hours you’ll ever spend. It’s like fight or flight. You’re going to cram no matter what. That focus you have in those 10 hours is incredible compared to any other time.”

From the survey, 43% of the respondents, such as computer science freshman Samah Khan, said procrastination is the main reason for not studying in advance. In addition, 12% said that jobs and outside responsibilities cause the last minute pressure.

“The reason I end up cramming is because I end up waiting for that feeling of anxiety that eats you up from the inside,” Khan said. “That kicks me into action. Even if I know that the exam isn’t for another week, I won’t begin studying for it until that feeling comes.”

According to Supplemental Instruction manager Neil Gregerson, the issue of cramming stems from early schooling. Around middle school, teaching begins to cater to tests and memorization, and that translates into the college studying experience.

“So one of the big things is students actually don’t know how to learn,” Gregerson said. “There is a big gap in metacognition for students, which is the whole concept of thinking about thinking. Students think ‘I can read the information, I can memorize it and then I’ll know it and I will have learned it.’ That translates to cramming, and students think, ‘Okay, so I have this test, let me read everything over and over and over again, and then I’ll have it memorized,’ when that actually doesn’t happen.

Gregerson said that it is better to study ahead of time because it allows students to break up material into manageable chunks, and over time repeated exposure to this material allows students to know everything they need to know and have information fully built in the brain. A really good way to break it up, he said, is to build a calendar.

“I have plans that are really good,” Khan said. “I just don’t do them. I don’t have a plan for cramming — I have a plan to avoid cramming that I don’t follow through with that leads to cramming. My plan usually is to flip through notes while simultaneously attacking problems on homework and quizzes.”

“I typically cram calculus, physics, linear algebra, and (biomedical engineering), so I mostly cram the STEM based classes,” Jayavelu said. “For STEM classes, I feel like they put all their assignments and quizzes on the same day or it’s back to back, so you don’t have time. Before you finish preparing for one exam, the next exam comes up. You don’t find time to (study in advance). Even over the weekend, how much studying can you do when you have homework assignments on top of studying? Where on Earth do you find time to do everything?”

Gregerson said we build knowledge through dendrites in our brains and when we do something that dendrite is created in the brain, and for us to fully retain and strengthen that dendrite, we have to do something three to five times. Repetition — reading, processing, manipulating, synthesizing — has to occur to strengthen the dendrite. If students don’t do those things within 24 hours, he said, students retain only 40% of what they have crammed.

“I walk out the test and everything is just gone,” Khan said. “Usually it’s a feeling of instant regret I could’ve done so much better had I studied properly. It’s always regret. I could’ve done this two days before and gotten so much more done and would’ve known how to do this problem.”

83% percent of the survey respondents studied two days in advance or more.

“What I’ve done is I’ve started studying a week in advance for all of my exams,” said global business sophomore Shloka Ramshankar. “That way, the day before or two days before both mentally and emotionally, I’m not stressing too much about the exam. You really have to set little goals day by day in terms of assignments. At the end of the day it just comes down to discipline and execution.”

There are resources around school such as the Student Success Center which helps with time management, study skills, note taking and provides tutoring. For students who have true anxiety issues, Gregerson said, the Student Counseling Center is another resource they can use.

“One of the best things that students can do, which is a really good strong strategy is develop, is (using a) study group,” said Gregerson. “When we engage with one another, we are more likely to learn and retain information through that social interaction. That really helps to build that knowledge cause you’re getting all these different social perspectives on the world and the way knowledge is viewed and you end up learning more because you start to look at knowledge through different eyes and through different perspectives. I would say the best thing to do is to build study groups.”