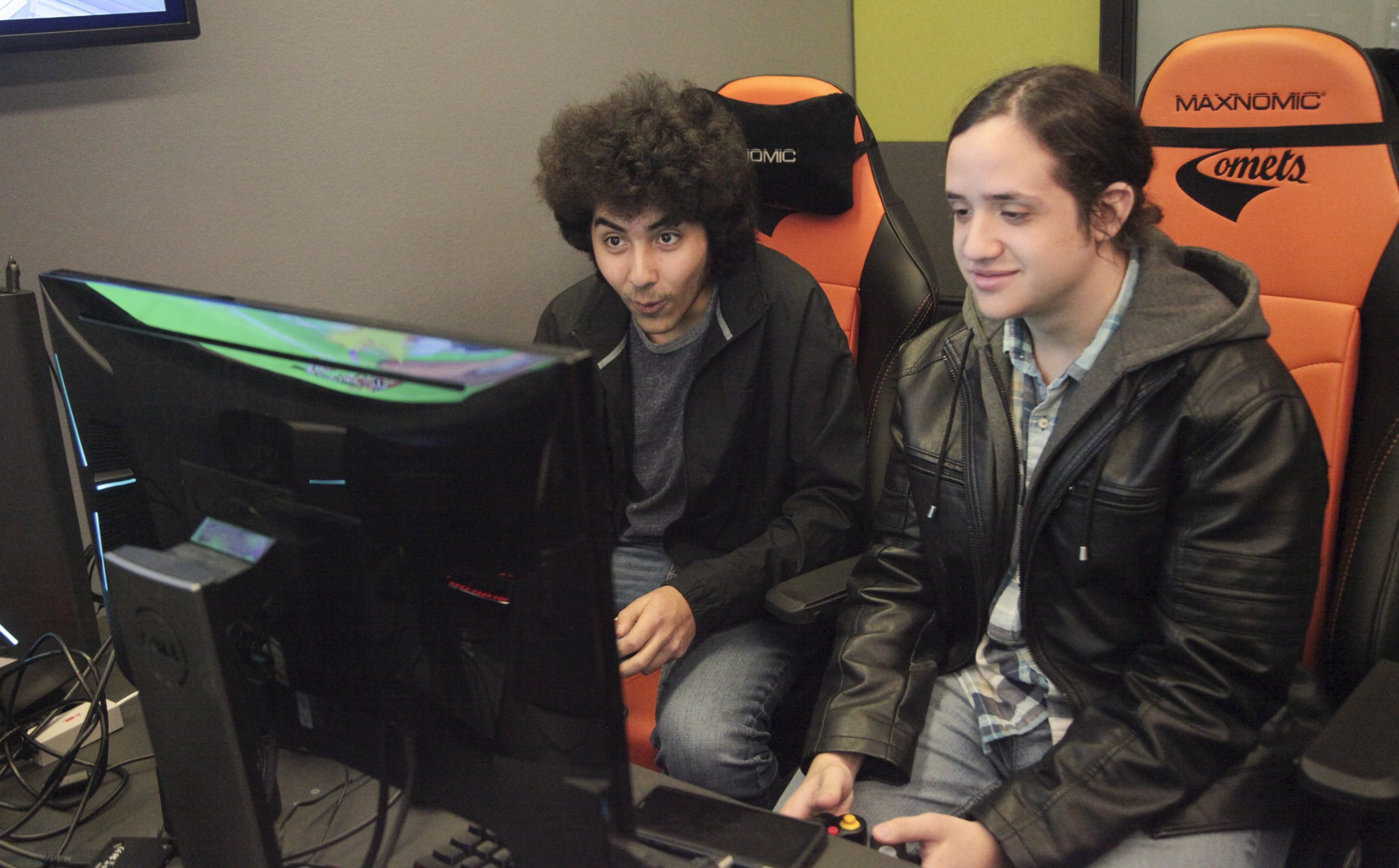 The Comets managed to face various match-ups at the competition and players often had to change their typical playstyle and accommodate to characters that countered their opponents' mains. Photo by Pavan Tauh | Mercury Staff

UTD’s “Super Smash Brothers Ultimate” team went to the 2020 Frostbite Major where they faced off against international opponents and fought in match-ups not found in the DFW area.

The Comets competed at one of the largest “Super Smash Brothers Ultimate” tournaments so far with 1,235 players competing in the singles bracket where players play a best of five match. While esports coach Greg Adler declined to comment, ATEC freshman Gabriel “Kazma” Hernandez and computer science sophomore Marcel “Marce:/” Hayek shared their experiences competing on an international level.

One unique part about playing at Frostbite is the increased match-up variety from other players. With over 70 characters and more on the way, players all over the world play a variety of different characters competitively, and one character plagued Hernandez and Hayek’s Frostbite run.

“There are no Warios in DFW and there’s only one good Texas one … and he’s Houston,” Hayek said. “He doesn’t even come to DFW ever.”

Because people don’t play Wario in the DFW area, it makes it hard to know how to play against him as Hernandez’s main character R.O.B or Hayek’s main Pichu. As well, players from other regions will have their own different match-up experiences, with Hernandez running into some trouble with people‘s familiarity with R.O.B.

“I actually had a lot of unfamiliar matchups or people that just knew a lot about R.O.B. It was kind of tragic,” Hernandez said.

This match-up experience difference can go both ways, with Hayek’s Pichu prompting a lot of other players to pick Lucina, even if they were inexperienced in the character, to try and counter Hayek. However, Hayek took advantage of his experience playing against Lucina to take control of many of his games.

“A lot of people surprisingly counter-picked me. Nobody knew the match-up … so a lot of people pulled out their Lucina, (to) which Pichu is supposed to lose,” Hayek said. “But I like that match-up because I can just parry them for free. If they’re not really good at Lucina, then I pretty much win. I have a lot of experience … I’m just used to my bad matchups.”

Despite the varied match-up knowledge all around, both Hernandez and Hayek were able to get close to or within the top 10% of players in the entire tournament, with both getting knocked out of the bracket at 97th and 129th place respectively, and against high caliber players. Hernandez was knocked out by William “Glutonny” Belaid, a Wario player currently power ranked at number one in France, and then by Joshua “Pelca” Bedoya in the loser’s bracket, who had a large amount of experience fighting R.O.B. Hayek was eliminated by Savon “Boobear” Riley, a R.O.B player who is power ranked number one in Michigan.

“I brought him to game three, last stock, last hit. That could’ve gone either way,” Hayek said. “I got greedy, and that’s understandable. He killed me.”

Playing in the tournament wasn’t the only part of Frostbite for the team: with a billing as a “conventional tournament” Frostbite provided plenty of opportunities for the team to have fun as well. Hernandez took advantage of the late-night lounge to play money matches, where both players pool together about $5 to play a best of five for the money pool.

“They had a venue that didn’t close, so you’d be there super late. And I ended up doing seven or eight hours straight of just money matches, then went to bed and woke up and then immediately went and played four more hours of money matches,” Hernandez said.

Hayek said that one of the best moments of Frostbite was cheering on other Texan players, especially R.O.B player Grayson “Grayson” Ramos, with the Texan crowd bringing plenty of spirit.

“I liked seeing Grayson win very far and seeing all of Texas pop off, and get super hyped, being the loudest out of everybody with Texas. Like we had 70 people from Texas show up and … they even brought a flag, a huge flag that they waved in front of everybody,” Hayek said. “We were all just the rowdiest people, I mean, and that’s awesome. Texas pride.”