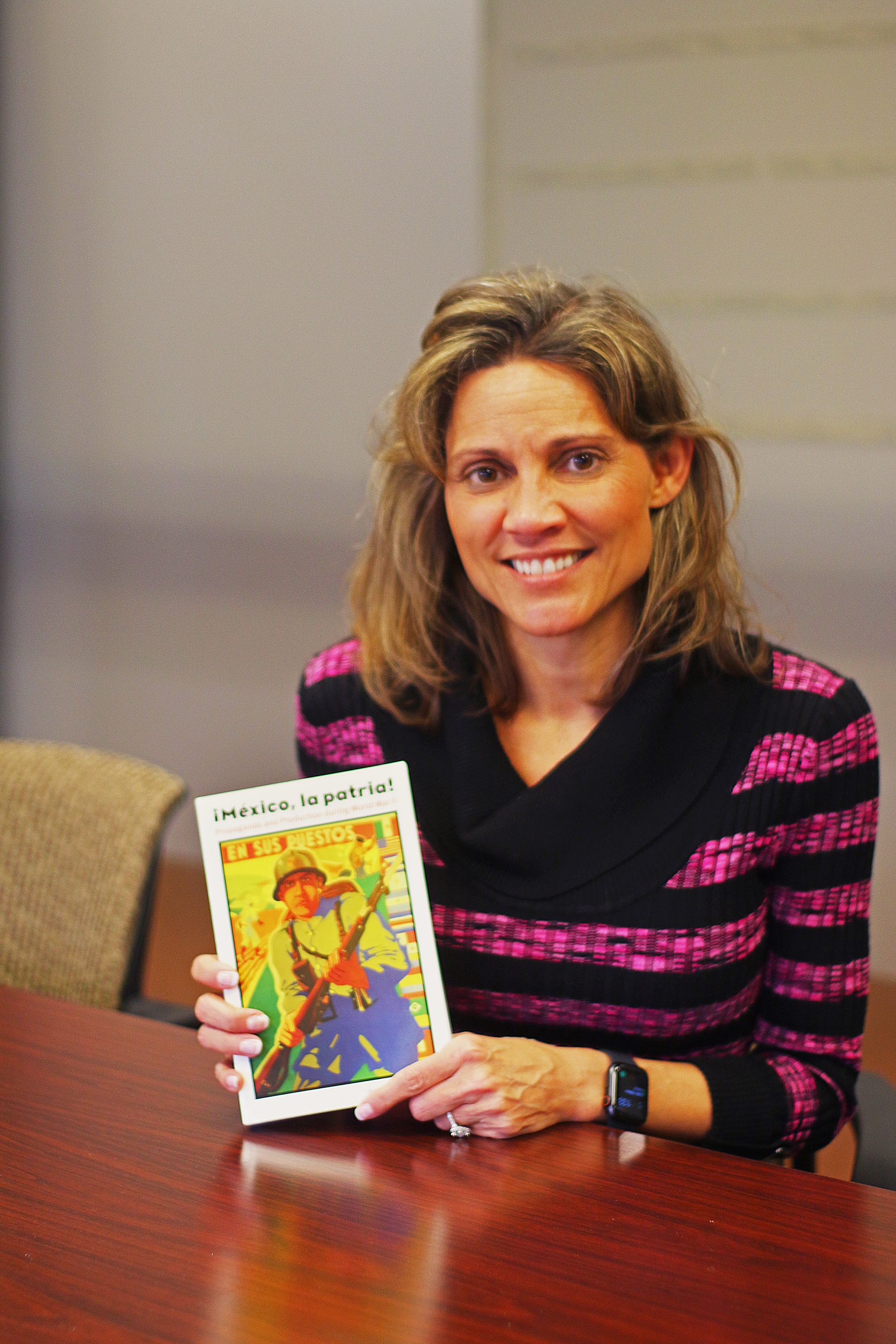 Letters, diary entries and photographs provide snapshots in time of people and places, serving as important resources for historians conducting research. However, how is that evidence studied and utilized by researchers?

For Monica Rankin, associate professor of history and director of the UTD Center for U.S.-Latin America Initiatives, much of the research for her first book, “¡México, la Patria!,” which studies propaganda in Mexico during World War II, was done in archives in Mexico and Maryland. These collections contain old primary documents held in environmentally controlled spaces.

“We sit in these archives and we go through these documents and try to reconstruct the past from what these documents are telling us. What those documents are varies from one scholar to the next,” Rankin said. “I spent a lot of time in the Mexican national archive and went through a lot of the old memos, correspondence from the offices in charge of creating propaganda information and pamphlets. The government archive sent me into really interesting directions.”

For instance, Rankin found a collection of letters of support from individual citizens sent to the government, when Mexico entered the war. She read approximately 1,000 of these letters and categorized them to gain an understanding of how citizens viewed the war. To analyze a source, Rankin considers its intended audience, context and existing scholarship.

“My own scholarship, I pair with a lot of diplomatic history — so different ways in which nations interact with each other, leaders interact with the broader public,” Rankin said. “In the book I am working on now, it is centered very much on propaganda theory: what makes effective propaganda, what is it and how do people respond to it.”

Kimberly Hill, assistant professor of history, begins research by identifying an archive that holds sources she could use for a particular event, then analyzes those sources through theory and alternate scholarly perspectives. Her first book focuses on African American missionaries in the Belgian Congo during the late 19th century and early 20th century.

“We reach conclusions by reading much more than what we think is immediately relevant and trying our best recreate the total context of that person’s experience,” Hill said. “We usually do a lot of scholarly reading before we get to the archive that gives us key terms, people or events we need to look for. Then usually once you get to the archive, you find you only get a third to half of the story. You get used to the unexpected and see the way people understood what was happening to them.”

Then Hill examines her sources for a common thread to her argument, if not then she reassesses or interrupts her argument. She read 35 years worth of journal entries from one missionary and then compared it to the official documents from his fellow missionaries.

“Some of the evidence I drew from the missionary’s record, but then I add to compare the way that he described to what anthropologists or theologians, say is representative of how people in the Belgian Congo at the time were responding to western religions,” Hill said. “I also did some comparisons with current Presbyterian ministers from the Congo to see how they understand the legacy of their church.”

Hill did some of the research and writing at the same time. She read journal entries on a microfilm reader, made notes and created a database arranged by key terms. From there she began signing up for conferences where she presented a paper that, she imagined, would be a chapter of her book based on how she listed those key terms into major themes. This is a common and required practice for researchers to present their papers, then publish them in academic journals and then eventually a book.

“It was complicated by the fact that there is little existing scholarship about the specific people that I wanted to make the center of my book,” Hill said. “So on the one hand, that was exciting and unique, but without that many models it could be nerve wracking to know whether the direction I was going would lead to something or whether I might end up hitting a brick wall.”

She said she tried her best to read every scholar who mentioned these missionaries before.

“I took their approach seriously then had to go back to my own records and think what do I have that’s different,” Hill said. “I learned to lean into that, even if my original inclination was to do something else.”

Nils Roemer is professor of holocaust studies and director of the Ackerman Center for Holocaust Studies. He said much of research in history has the challenge of dealing with a baseline that is incomplete and biased, which contrasts with research conditions of a scientist in a lab.

“But we, all the same, engage in research trying to discern out of that horrendously incomplete track of sources, something that nonetheless is discernible. It becomes more complicated because what is our question?” Roemer said. “By and large our question is not always a question that can be easily answered in a quantitative way. Mostly we’re interested in getting to something more specific about, in the widest sense, the human experience. The unique individual experiences within the larger changes.”

Roemer grew up in Germany, and he said that knowing his history became an empowering experience for him. This is what prompted him to study the subject in higher education.

“In any day that you walk around, you make assumptions about what surrounds you. You make choices about all kinds of things in your life, and you also never have a complete set of data available. You also make assumptions incomplete, biased information,” he said. ““In a lot of ways, our research in the humanities is actually far closer to how we as average humans make our choices.”