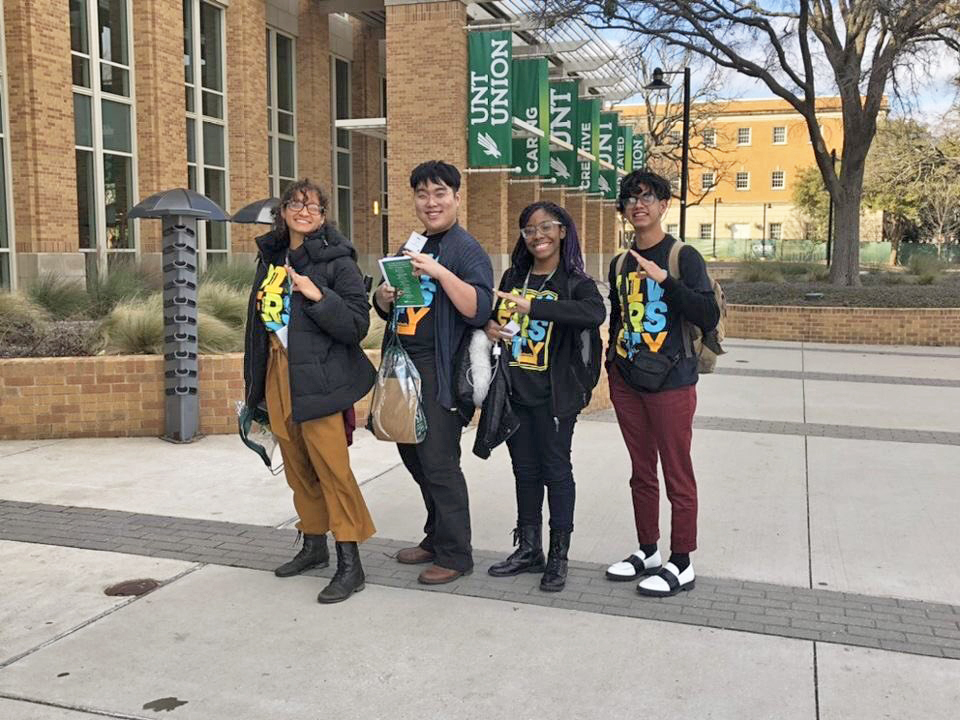 According to the University Profile, as of fall 2019, 72% of UTD students identify as non-white. Photo Courtesy of Multicultural Center

A new ambassador program was created to allow students to find a forum for conversations on diversity and learn about initiatives at other universities.

The Multicultural Center has grown with UTD, and the Diversity Ambassadors Program, established spring 2019, aims to create more student engagement in MCC events and workshops.

“We wanted student input and students want to have discussions about diversity on campus. They see it, they want to have a discussion about how different facets of (diversity) affect their lives,” said computer science junior and Diversity Peer Leader Ezinne Megwa. “We’re specifically trying to also enhance the diversity education section and make sure that we can get more participation within the conversations that we have.”

The Diversity Ambassadors Program is made of UTD students who get together to have conversations on diversity and is open to any individuals or organization representatives to join.  Megwa said that one of the goals of the new program is to understand what conversations UTD students are actually interested in having.

According to the University Profile, as of fall 2019, 72% of UTD students identify as non-white. However, Diversity Education Assistant Director Danny Cordova said that diversity statistics don’t tell the whole story about inclusivity.

“We do have diversity in numbers. Other universities are trying to look like this with their diversity initiatives. Our initiatives are at the next level,” Cordova said. “Now that we have the demographics, where do we go from here? And that’s learning about cultures — learning about differences — in how we live together in this multicultural environment. It’s a new thing for a university to work through and understand.”

“The question comes up about, you know, one is when we do workshops and you go to training diversity training, people will say, ‘Well, the people who really need to be here aren’t here.’ We don’t find that part in arguments, debates, you know, tension,” Cordova said. “Educate. It’s all about education. It’s not about solving problems here, solving there. It’s helping to educate so you can have those conversations. Once we get that out there, the conversations just come out. They flow, they want to learn more about these things. We want to learn about other people’s differences in a very productive way.”

Students interested in diversity education and inclusion efforts recently attended a conference at UNT through the DAP. Megwa said the conference helped shape which topics would be featured in DAP discussions and at the MCC’s “What’s The D.E.A.L.” workshops.

“Part of the reason as to why we wanted to go to the conference is because we have a small base right now with the workshop series,” Megwa said. “So eventually, DAP members can see what our workshop series that we have right now can turn into in the future”

Diversity Education Coordinator Klarissa Perez said that intersectionality and recognizing individual needs are a priority of the many student centers that UTD has.

“You have so many identities and so many things that you want to learn about. There are different people that you can go to. It’s an individual journey with that,” Perez said. “Use the campus resources. The departments are here literally for you all to use. Please come to staff members, even if you may be a little nervous to ask questions — we’re here for y’all.”

While the DAP at UTD is still new and taking organizational cues from diversity programs at schools like UNT, the conversations that it aims to foster are centered around the specific interests of UTD students.

“We’re diverse. We approach it as ‘This is going to make you better at what you’re already doing’. It’s not, ‘We’re trying to change your views and values or the way you see the world,’” Cordova said. “We’re trying to help you be better in the world that we’re currently living in because we’re all living in this community of diversity and we need to learn how to be better at it.”