Curious Comets: What happened to V-Bikes? 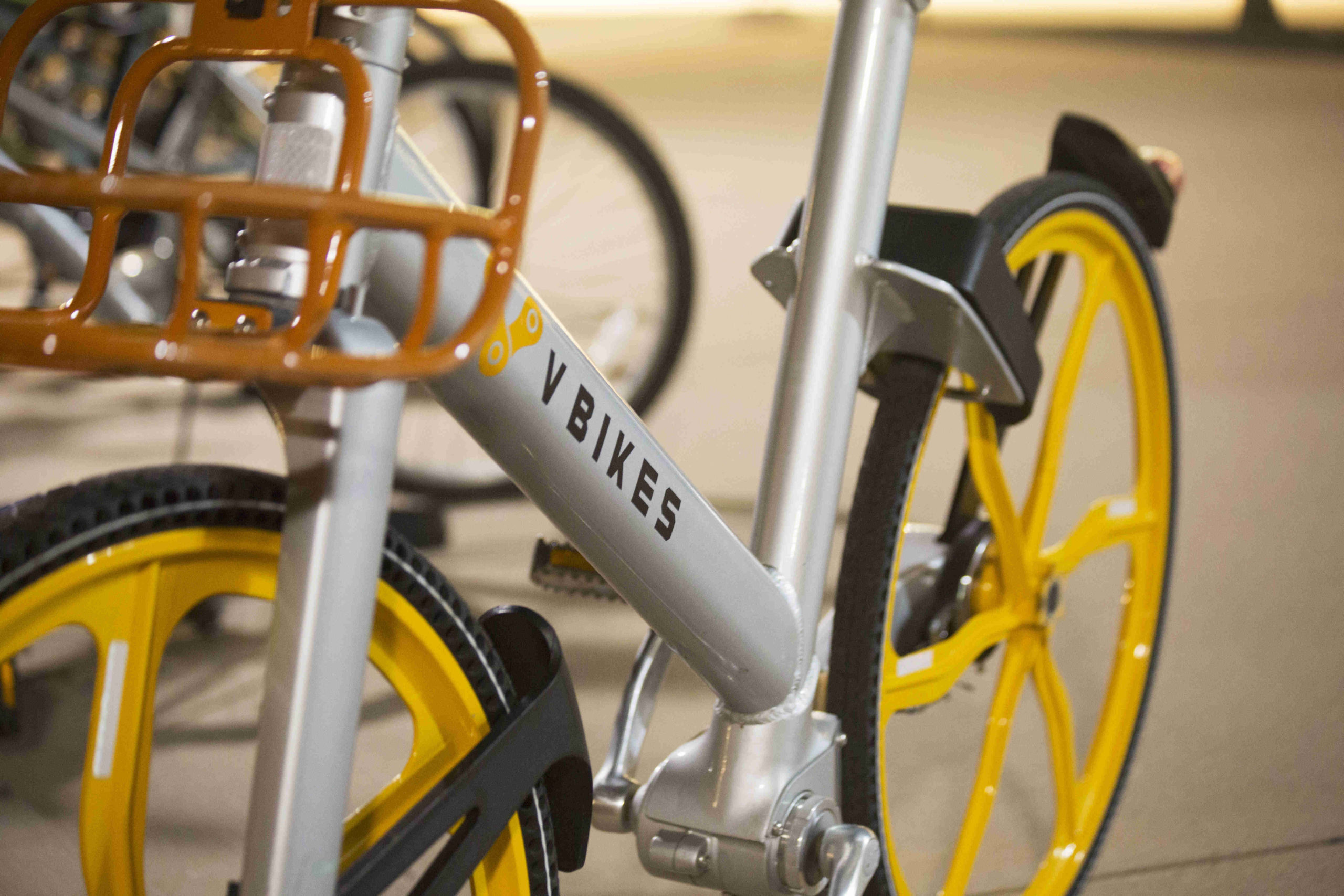 A couple of years ago, you’d be hard-pressed to walk anywhere on campus without spotting a bright yellow bike. They seemed to be everywhere – outside academic buildings, on the sidewalks by the residence halls or parked by the orange signs that instructed passersby on how to operate them. But almost as quickly as they arrived on campus, the bikes were gone.

VBikes, a Garland-based company that offered a network of dockless bikes riders could rent with an app, first brought the system to campus in 2017. Charging $1 per hour, the bikes were a convenient option for students who needed to quickly get across campus but didn’t want to invest in their own bicycle.

In 2018, the Dallas Morning News reported that VBikes’ launch in Dallas the prior year brought a massive but short-lived biking boom to the area. Four other operators soon followed the company to North Texas, and at one point, there were an estimated 20,000 dockless bikes in Dallas.

Then they began showing up in unusual places. The city of Dallas fielded complaints from annoyed residents, and the oversupply of bikes left downtown sidewalks blocked. The problem became so widespread that an Instagram account, @dallasbikemess, was created to document it. Pictures from the account show bikes in a tangled heap on the sidewalk, upside down on lawns, in trees and half-submerged in the Trinity River.

According to the Dallas Morning News, the city of Dallas started regulating bikeshare companies to help curb the problem. Vendors had to pay more to operate: an $808 application fee, a $10,000 security deposit and $21 per registered bike. Soon after the regulations were announced, companies started pulling out of the market.

VBikes managed to hang on until at least March 2019, which is when their last Tweet, advertising a new family sharing feature, was posted. The company doesn’t appear to have given any kind of notice that they were shutting down.

Assistant Director of Parking and Transportation Elena Galli Grant said that prior to the fall 2018 semester, the VBikes on campus started disappearing, the number dwindling from 70 to 10. She tried for several weeks to get in touch with the company, but their phone had been disconnected and they weren’t responding to emails. After about a month, the website was decommissioned. Then, with no notice from the company, all of the bikes disappeared from campus – except for a broken one that had been sitting in storage. Grant said that when someone did finally come to get the bike, they confirmed that the company had folded.

“I feel like if maybe they put the restrictions in place to begin with, it might have been a different story, but then you have to wonder if the businesses would have even got off the ground,” Grant said. “It was just sad that we got swept up in it too.”

Grant said that VBikes’ failure was disappointing since UTD users were always responsible with the bikes.

Grant said that her department checks every few months for companies that offer bike sharing, but they’ve never been able to find a replacement since surviving companies like Lime and Bird now primarily offer e-scooters. UTD has a policy against electric bikes and scooters except for people who need them for mobility reasons.

“Our problem is trying to find a vendor that will do bike share again because with the laws that Dallas put in place, there’s just not companies that are really willing to put them out anymore,” Grant said.

While Parking and Transportation has also considered providing bike rentals internally, Grant said such a program wouldn’t be affordable. Prior to VBikes, they did so with the now-defunct ride sharing company Zagster, but the pricing model didn’t make sense for the relatively low student demand. The bikes cost between $1,200 and $1,700 each, and department staff had to manage the fleet. In addition, the bikes would end up concentrated by the academic buildings.

“We used to have to send our staff out to go ride the bike to the locations,” Grant said. “That wasn’t too bad, but when it comes to the maintenance, the money to buy the bikes we need, and then … swapping them out, fixing things – we just don’t have the capacity for that.”