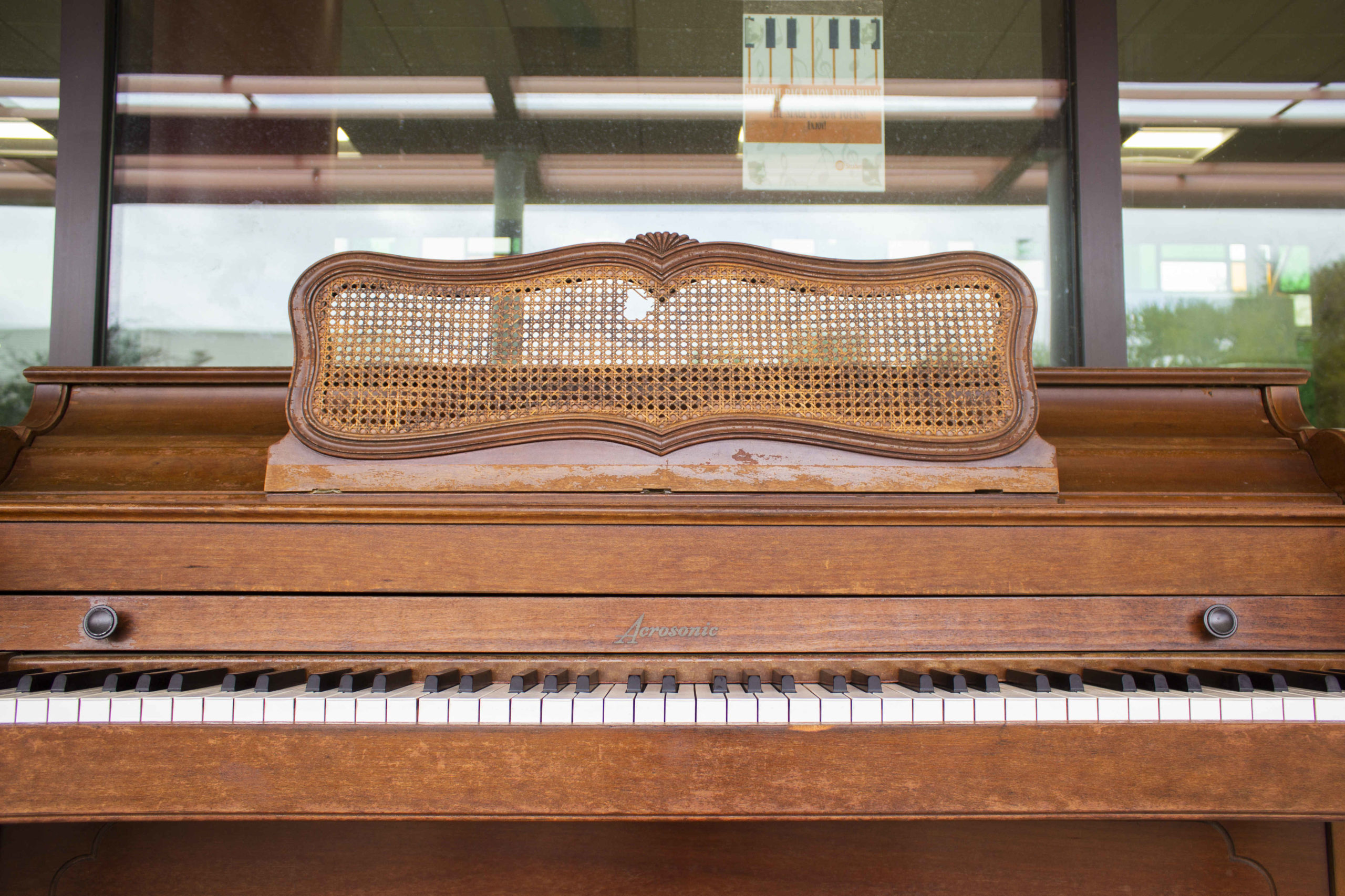 Has something felt odd about Student Union Green these past couple of months? That’s right – the piano is missing!

The Director of Student Union, Dan Goodwin, said the SU removed the piano over winter break because of the extensive damage it took during extreme weather events, as well as general wear and tear from usage. The piano was beaten down, out of tune, had missing and broken keys and even housed spiders.

“Pianos are not meant to be outside, especially in Dallas,” Goodwin said. “As anybody has recently seen, we can have ice one day and then one-hundred-degree weather the next. All of that is not conducive to a sustainable, well-tuned piano.”

The piano’s damage doesn’t mean it’s doomed, however. It hasn’t been thrown out – instead, the SU is fixing the keys and tuning, as well as making other structural repairs, similar to the first time they took the piano offline at the start of the pandemic. The difference this time, though, is the SU doesn’t plan to put the piano back outside SU Green once it is in working order again.

“There are talks of a possible location inside the SU,” Goodwin said. “We have the long view in mind, and we’re trying to identify the best place for students to enjoy the piano without us having to take it offline for extended periods of time. So, somewhere indoors definitely seems like the route to go.”

Ideally, an indoor location for the piano would be one where heavy student traffic and the sound system in the lower level of the SU don’t compete with students playing music. Goodwin said spots that might work could be the Comet Café seating area on the second floor of the SU or the Galaxy Hallway, a more removed space also on the second floor even further away from the lower-level sound system. Ultimately, Goodwin said the SU will likely employ some trial and error, rotating the piano when it’s back in working condition through a select few locations – which students can pitch to Goodwin – before solidifying a spot.

“In the meantime, there’s a piano in The Pub that students can play,” Goodwin said. “We’re experiencing some delays and we don’t have an estimate as to when this piano will be back, but one of our top priorities is providing an outlet for the arts – so, rest assured, it will be back.”

What options do students have to address sexual assault?