What options do students have to address sexual assault? 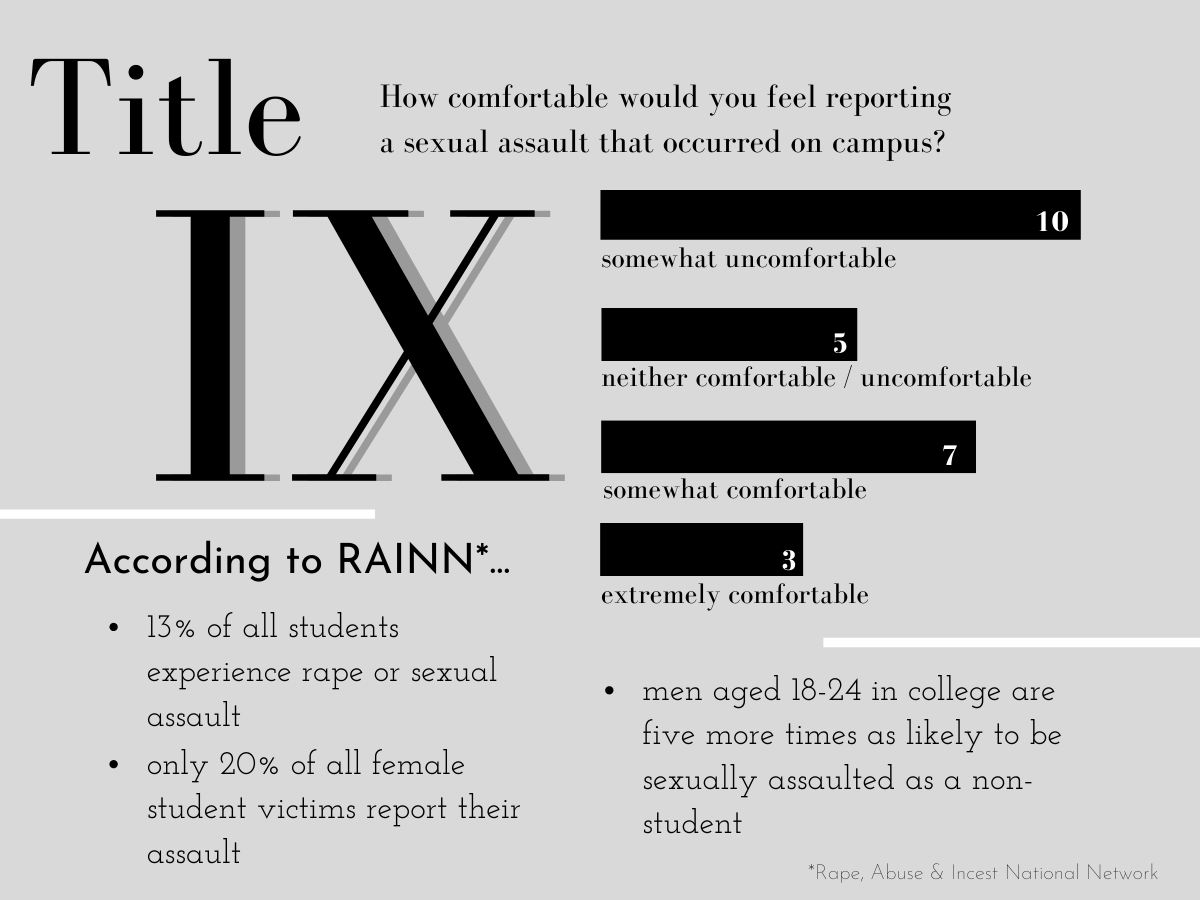 Do you know how to report a sexual assault? If you don’t, you’re not alone. UTD has an array of resources for preventing and addressing sexual violence in students, staff and faculty, but they often slip under the radar.

As campus reopens, UTD has many avenues available for addressing and preventing sexual assault. Someone who has been assaulted can disclose to UTD Police, which will follow up with a criminal investigation. A victim can also disclose to the Title IX office, which handles a broader range of sexual misconduct. Immediately after an assault, the victim can go to the Student Health Center for a checkup. All options allow the choice of whether or not to disclose to law enforcement.

UTD has several programs focused on the prevention of sexual assault. Somer Fernandez teaches the Rape Aggression Defense course on campus, which has separate sections for men and women. Over the course of multiple days, participants in the women’s class learn situational awareness and how to fight back in a variety of scenarios, culminating in a test against a simulated aggressor.

“We don’t have it scheduled ‘cause of COVID,” Fernandez said, “but it is for students, it’s for faculty, it’s for staff, it’s even for civilians outside. So they don’t have to go to school here…It’s on the website; anyone can register to do it.”

Also key to preventing sexual assault is education about consent, which UTD provides through EVERFI, the online modules taken during freshman year. Despite stylistic changes to the course in 2020, its content has remained the same. Kacey Sebeneicher—the director of the Student Wellness Center—said she hoped to continue updating the Wellness Center’s services to keep up with the times.

“We kind of have to relearn how to talk to each other,” Sebeneicher said. “And so we’re hoping to take advantage of that and really harp in on consent and respect… we’re trying to freshen that up a little bit, make it more exciting.”

UTD’s assault disclosure rate has historically been lower than average. Mark Perry, commander of UTD’s Criminal Investigative Division, said this could be due to the large population of international students who may fear consequences for reporting. However, the law has protections in place to prevent this. Upon request, the victim can fill out a pseudonym form, removing their name from all public records. In the case of family or dating violence, the police can file charges on the victim’s behalf. Waiting to disclose can jeopardize physical evidence, which is important for pressing charges. Perry encouraged anyone who knows of an assault to speak up.

The Mercury conducted an anonymous survey to poll students, faculty, and staff on their knowledge of sexual assault resources. While many respondents knew how to access support resources, others were unfamiliar. Out of 46 respondents, many said they were uncomfortable at the thought of reporting an assault and dissatisfied with the current system. While 15% of respondents were aware of available support resources, almost 35% were “barely” or not at all aware of resources. Only 6% of respondents reported being very comfortable at the thought of reporting an assault. Respondents also voiced their dissatisfaction with the current system through text responses.

“Appeals to academic policy…shouldn’t require survivors to recount their experience to multiple individuals who have no background in trauma-informed advising or care,” one respondent said. “There needs to be required training for all staff and faculty on these issues from real experts.”

During office hours, the Student Health Center provides examinations free of charge to any student, faculty, or staff member who has been sexually assaulted, with the choice of whether to report to law enforcement. Lea Aubrey, director of the Student Health Center, explained how UTD provides this service in coordination with an organization known as Turning Point. During office hours, Turning Point will send a sexual assault nurse examiner to examine anyone who makes an appointment or walks in. At the Health Center, the victim is then free to tell their story in a familiar environment—Aubrey said she wanted to avoid survivors “having to tell their stories multiple times.” Outside of office hours, Turning Point’s hotline is available. At every visit, an advocate is present to walk the victim through the examination.

“We promote it,” Aubrey said, “definitely not to scare or frighten anybody away but just to let them know—this is a resource that is not readily available on all college campuses, and so, we are happy that we’re able to provide a service that will be helpful not only to our students, but also to our faculty and staff should they be a victim of assault.”