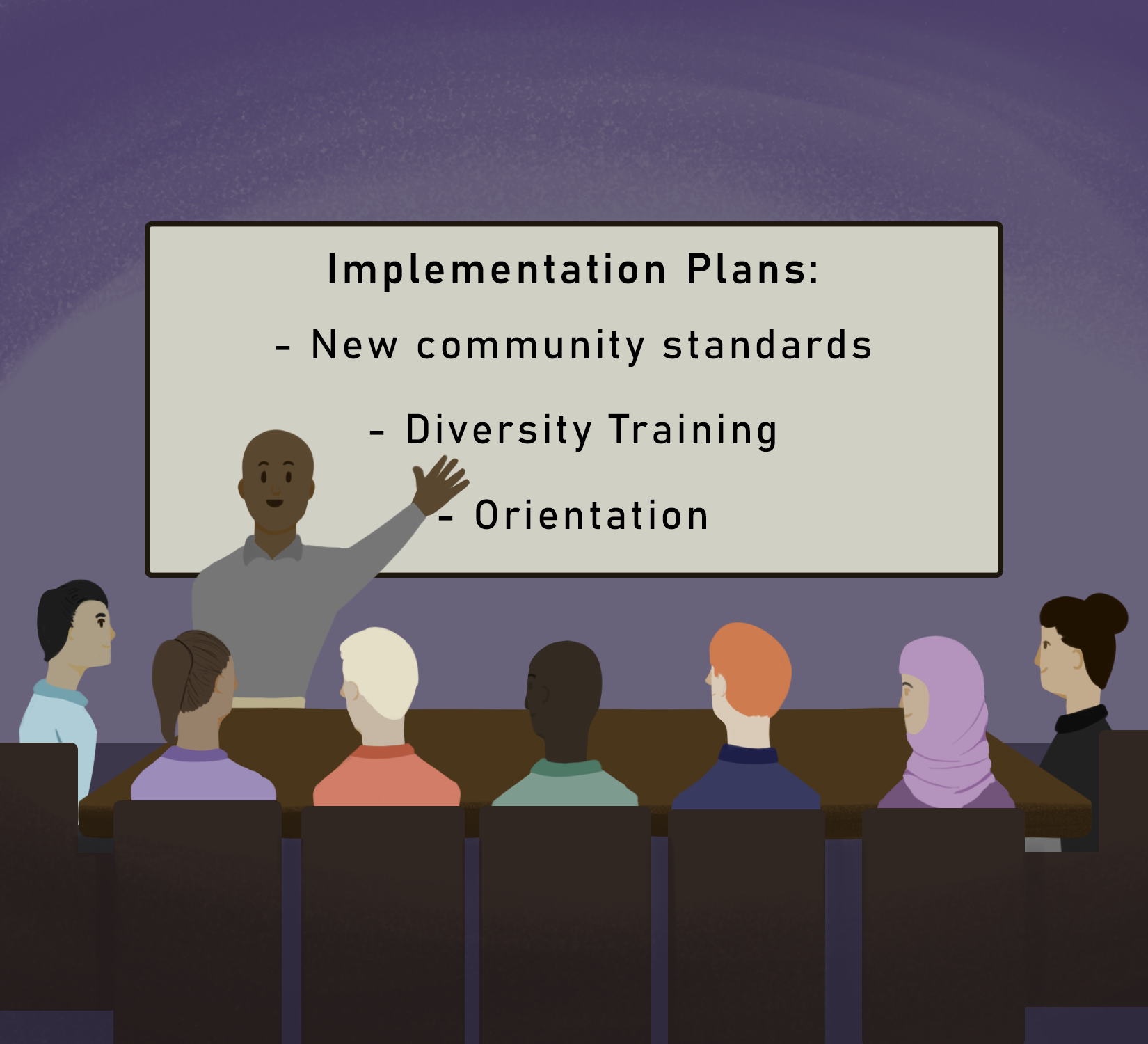 The Living Our Values task force has introduced three implementation plans for the upcoming semester.

After the death of George Floyd in May, the Black Student Body group sent a letter to President Benson with demands for on-campus reform. In June, UTD formed the Living Our Values task force to help answer those demands. The seven students who initially came together and drafted the letter became members of the task force, along with other students, faculty and staff.

The student demands fell into three categories: financial budgeting; recruiting, admissions and retention efforts; and campus-wide cultural competency and diversity training. Of the recommendations, there are currently three that are ready to be implemented: diversity training, community standards and modified orientation options. Their expected start dates are next semester.

Computer science senior Tamara Havis was one of the students who drafted the letter and was on the task force until October 28. The task force was created as an ad-hoc group meant to dissolve by the start of the fall semester. As fall began, however, the group extended their timeline to December in order to further the recommendations. After multiple discussions and considerations, she and the other students who drafted the letter resigned from the task force as a result of school conflicts and differing visions. She estimated that the students put over 300 hours of work in the task force.

“The process was much slower than I thought it would be,” Havis said. “A lot of us are working and taking full-time course loads in addition to this. It’s difficult to manage it all.”

To develop a final recommendation, the task force first created a sub-group that would address one or more of the demands. The sub-group would involve a few of the students and faculty members from the task force, as well as members of the office most aligned to the demands. After research and discussion, the sub-group would develop a memo of their recommendation that would have to be voted on by the task force and Academic Senate, as well as Student Government or the Staff Senate if applicable. Lastly, it would be sent to the offices from the sub-group to start the implementation plan.

Demands from the second category included creating a combined freshman and transfer multicultural student orientation, creating scholarships or grants specifically for non-first year African-American and Black students, expanding recruitment of students from lower-income communities and communities outside of Dallas and creating a meal plan program for financially disadvantaged students.

Finally, demands from the third category included creating an African and African Diaspora Studies Department, ensuring a strict anti-discrimination stance in the Fraternity and Sorority Student Life office, requiring an in-person Intersectional Equity Training course for all faculty and staff, developing and implementing new metrics for measuring campus diversity, ensuring that the Office of Community Standards and Conduct response teams match the demographics of the university, adding more diversity to UTD Police and amending ​​all hiring documents and processes to include questions regarding racial discrimination.

Rafael Martín, UTD vice president and chief of staff, as well as co-chair of the task force, said that all task forces tend to be slow-moving.

“I have to say, compared to some of the other task forces, this one moved much quicker,” Martín said. “I was impressed by the work put in by the students and faculty.”

The task force currently has student representation from Student Government and the Diversity and Equity Committee. Martín said that the task force plans to launch a website in the near future that will document all the recommendations and implementation plans for the public to view.

“This is an important conversation to have, and I recognize that it’s one that should have happened earlier,” Martín said. “We are grateful for the students for sharing their ideas and giving us their time.”

No freshman McDermott scholars to be selected next academic year