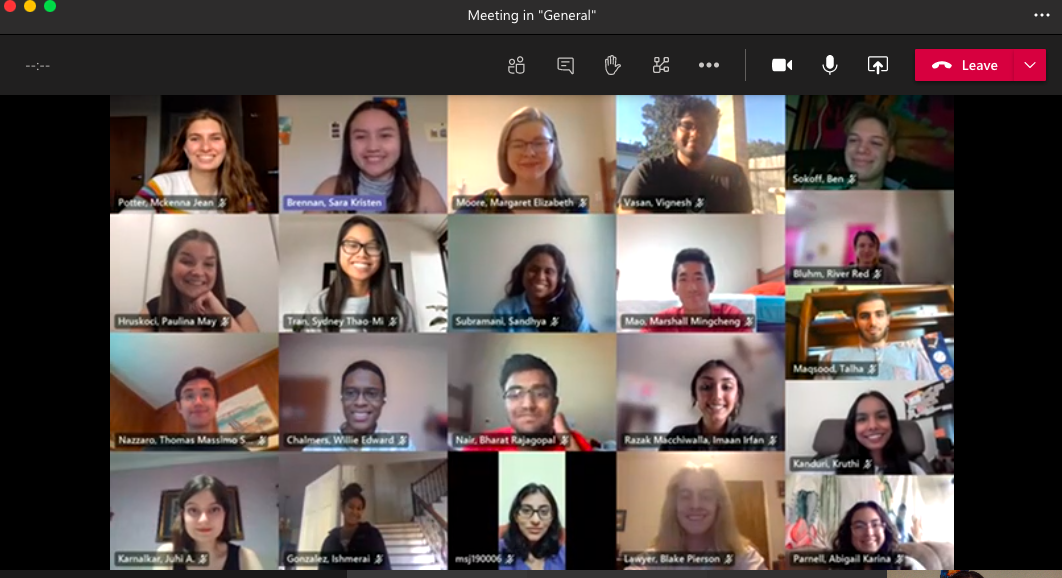 The new administration has had two senate meetings so far this semester, both conducted via Microsoft Teams.

Under a new administration, Student Government is implementing new initiatives and policies to diversify campus, rebrand themselves and adapt positively in the wake of the pandemic.

“Because elections were pushed off until fall semester, we didn’t have as much time as the president and vice president usually do over the summer to prepare for the meetings and get to know the administrators, so we had to rush through that,” Brennan said. “But I think we’ve been able to adapt pretty well.”

The first Senate meeting was convened to decide their committee chairs and get the leadership in place. The second and most recent Senate meeting consisted of passing a diversity and equity committee ad hoc into the bylaws.

SG also wanted to address the obstacles that the current pandemic has placed upon the student body as a whole. Brennan said that since things have gone virtual and students could be struggling with many things, especially mental health, she wanted students to be aware of the resources available to them.

“We have started talking about doing a town hall event where we can get some different administrators who know about the resources on campus to talk and have students come and voice their concerns and get their questions answered,” Brennan said. “Student Government felt it was important to make sure students got the help they needed.”

Different committees for specific aspects of campus are also planning smaller things that will cater to their own area of focus. Once campus returns to normal, the Academic Affairs Committee is planning to decide whether campus changes during the pandemic should be continued or discontinued. The Residential Affairs Committee is attempting to work on an anonymous way that students can express their concerns about renters’ rights and living situations and get them addressed. The Communications Committee has also focused on social media outreach to increase student engagement and expand their online presence.

“They have been considering doing biweekly or monthly newsletters or something like that but just in general being more active on social media,” Brennan said. “And recently, we talked about trying to create more of a brand, so that whenever Student Government posts, you can tell it’s from the Student Government. We have people working on making a consistent color scheme for our Instagram to improve our social media presence, similar to the way SUAAB posts are clearly recognizable.”

SUAAB also reached out to Student Government to help spread the word about an event with one of the founders of the Black Lives Matter movement. Both Brennan and Chando agreed to help out by advertising it on SG social media platforms, as it fits in with their diversity and equity stance.

“We want to make UTD more equitable than it was when we began and start conversations with students about hard topics like diversity and equity,” Brennan said. “Just being the first women of color duo elected to Student Government, I think, is already an impact that shows that UTD is going towards change, and I hope that we inspire more women of color to join Student Government and to know that they can make a difference.”