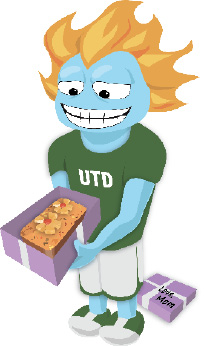 Flab can be frustrating, but fighting it can be fun.
Amanda Smith, UTD health education coordinator, is organizing a freshman 15 club designed to educate students on how to maintain their health and weight during their first year at college. The club’s launch is scheduled for September, giving students time to settle into their new home.
“We will talk about issues like portion size, nutrition issues, about exercise, and I will be handing out logs for them to keep track of these things,” Smith said.
Smith said that portion control would be the biggest issue facing students this year because of the new dining hall, which allows students to eat as much as they want.
“I did a lot of studying in Oklahoma on childhood obesity,” Smith said. “When children are allowed to select their own portions, they tend to double what is recommended.”
Despite the danger of overeating, Smith said the dining hall could be beneficial to students’ health.
“In the past,” Smith said, “when students had to rely on themselves for all of their meals, they ate fast food, they ate grocery store diets and it was hard to make healthy choices. I know Chartwells (UTD’s food service provider) is committed to healthy meal plans, so (students) have that going in their favor.”
Smith said the goal was to give students an overall perspective of healthy eating, exercise and weight management.
“I will be bringing in guest speakers like Holly (Worrell) from the Activity Center to talk about good ideas for exercise and classes that are offered over in the Activity Center. I will be bringing people from the Counseling Center to talk about mental health and the role that it plays in eating and exercise,” Smith said.
Smith recommended that students visit the health and counseling centers during their first year at UTD.
“The counseling center is an incredible place for students to go and get those things (stress and anxiety) sorted out,” Smith said. “Especially before it becomes and issue and starts taking control of your life.”
The Counseling Center sees students who have adjustment concerns like homesickness, social anxiety and making friends. They also help students make timelines, prioritize, organize and with anything a student is having emotional anxiety and stress over, Smith said.
Smith said she encourages students to form partnerships with other students for exercise and eating.
“A lot of studies have shown that people who are on weight management plans tend to stay on longer if they have somebody that they are participating with,” Smith said.
Smith also plans to launch a sophomore recovery program for returning students who want to improve and maintain their health. The emphasis of this club is on reestablishing student health, whereas the freshman 15 club focuses on prevention.
Smith said she wanted to put as much information online as possible, to reach the maximum number of students.
“I know that schedules, especially at UTD, are hectic and all over the place,” Smith said. “It’s really hard to get everyone who wants to attend something like that together in one spot.”
One online resource, an interactive food pyramid published by the United States Department of Agriculture (USDA), helps students determine what the right diet for their body is.
“They have brought in a lot of experts who have really personalized this Web site for people,” Smith said.
Students can enter their height, weight, sex and level of physical activity into the Web site and it will calculate the number of calories they should consume daily. It even displays how much of each food group should make up those calories.
“I think education is the key,” Smith said. “So long as students understand what they are up against, and what they need to do to keep themselves healthy, then I think we’re golden.”
To learn more about the USDA’s revised food pyramid, go to: www.mypyramid.gov. 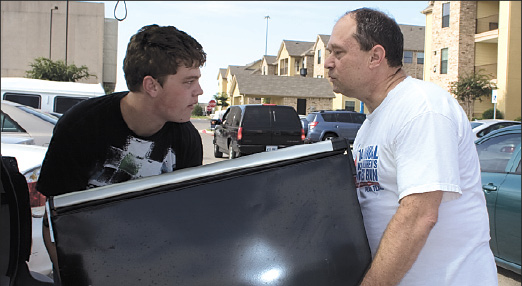