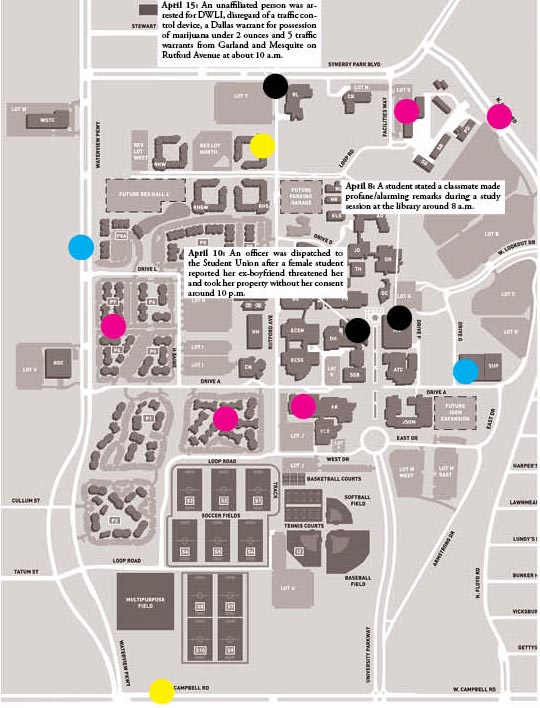 • An unaffiliated female was arrested on two outstanding Richardson city warrants for speeding and no insurance on Waterview Parkway around 10:30 a.m.

• A student reported having money stolen from his apartment while he was at work at Phase 3 around 8 p.m.

•A students wallet was taken from the Activity  Center around 1:35 p.m.

• A student reported that an unknown individual took her bike without her consent from the University Village around 3 p.m.

•An unaffiliated person was issued a citation for minor in possession of alcohol on West Campbell Road at 11:54 p.m.

•An affiliated male was arrested for possession of drug paraphenilia and marijuana at Residence  Hall North at 8:56 p.m.

•A student reported her vehicle was struck by another vehicle and the other driver left the scene without giving information at Lot J at 12:58 p.m.

•A UTD Police officer had a minor accident at Parking Structure 1 at approximately 3 p.m.

•An unaffiliated person was arrested for driving while intoxicated on North Floyd Road at 12:18 a.m.

•A UTD employee reported two laptops were missing from room 1.908 in the EMS building around 1:30 p.m. 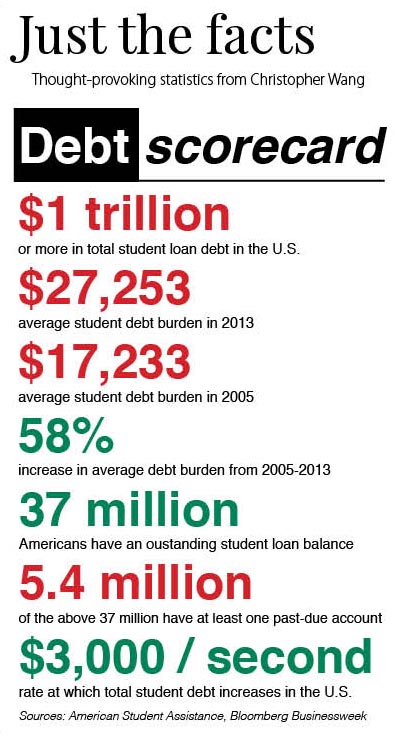