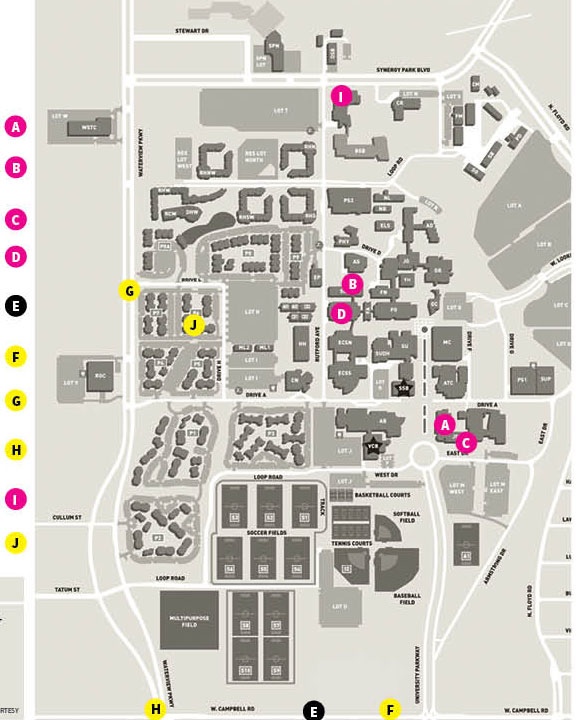 •A theft was reported at the Jindal School of Management around 4 p.m.

• A student reported that his or her bike had been taken from the Science Learning Center around 7 p.m.

• A cardboard sign was reported missing from a door on the fourth floor of the Jindal School of Management around 3:30 p.m.

• A backpack was reported stolen in the Berkner building at 8:11 p.m.

• An unaffiliated person was arrested on Campbell road at 1:50 a.m. for driving with an invalid license and for having three other traffic warrants

• An unaffiliated person was arrested on West Campbell Road at 1:50 a.m. for driving while intoxicated.

• Two students were arrested on Waterview Parkway around 5 p.m. for possession of marijuana and possession of drug paraphernalia.

• An unaffliated person was arrested at 2:13 a.m. on Campbell Road for driving while intoxicated.

• A Dell projector was reported stolen from a room in the Natural Sciences and Engineering Research Lab at  3:13 p.m.

• Two students were arrested at Phase 6 around 4 a.m. for possession of marijuana, drug paraphernalia and for being publicly intoxicated.

Holiday Shopping in the United States

Line of Fire: The Ferguson debate