Over 1,000 students attended the celebration of a Smash tournament victory 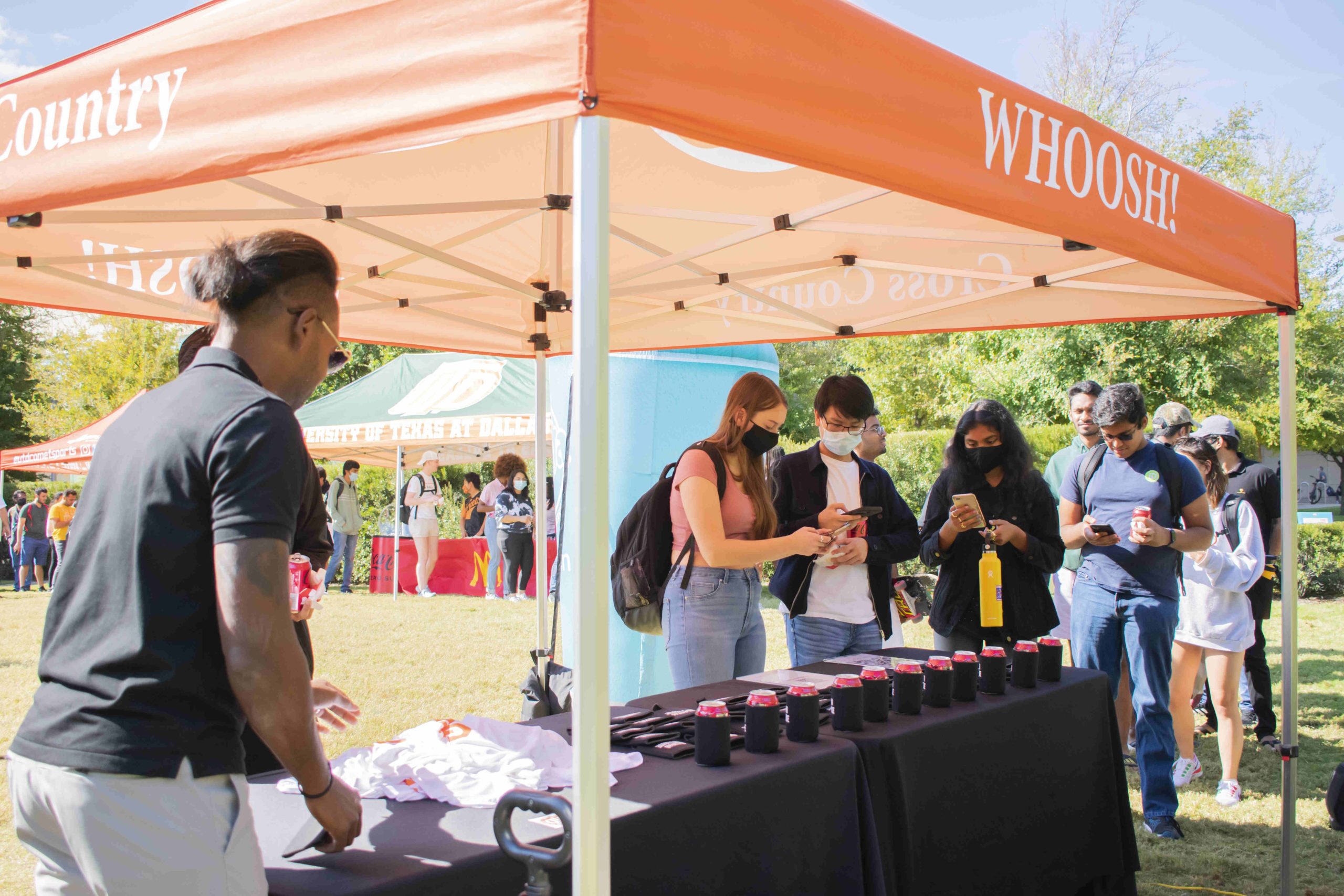 The first-ever UTD Esports Tailgate was held Thursday, Oct. 21in the SU Green, bringing in over a thousand participants to the sponsored outdoor event, one of the largest tailgate events ever held at UTD.

The tailgate celebrated Zach “grafetti” Rendulic’s victory in a summer Smash Ultimate tournament hosted by Brag House and sponsored by McDonald’s and Coca-Cola, who provided the free food and drinks. Head Student Director and marketing senior Eric Aaberg said that it took over a month of coordination and planning with Athletics and Brag House to put the event together, and they lit upon the SU Green as a large and visible venue.

“Myself and Athletics have been really working in planning with Brag House for their first tailgate too,” Aaberg said. “We had tons of free food, tons of free drinks. We had a live DJ from Radio UTD out there, and then we had tons of games and things like that.”

While they initially used the UTD App event check-in system, as the day wore on and more people than expected filed into the event, it wasn’t feasible to enforce the check-in with the app. Both Aaberg and Social Media Coordinator and CS senior Hector Mavrakis estimate that over 1,000 people attended the event over the course of four hours.

“We obviously established the location, being the SU Green, which I feel like got a lot of traction,” Mavrakis said. “In comparison to even other traditional athletics tailgates we’ve had previously this year, we’ve far surpassed any expectations – as well as just generally outreach on the event was fantastic.”

One of the big draws of the event was a ticket raffle, where prizes ranged from branded Bluetooth speakers to a large monitor or gaming keyboard. Mavrakis said that the prizes were evenly sourced from both Brag House and the Esports team, with the Coca-Cola speakers coming from Brag House and the keyboard and antiquated jerseys donated by the team.

“That was the agreement we had [with Brag House] going into it, but we were just trying to see how much we could give back to the community. So, the keyboard wasn’t even originally a part of it, but we just wanted to add it as a bonus,” Mavrakis said.

While the event was a huge success, it would not have been possible without the funding of Brag House. So, it would take some planning and convincing to hold another event on the same scale. Both Aaberg and Mavrakis said that there are plans to bring another tailgate to campus – potentially as an annual event – and hopefully establish future events held by the Esports team that would be partially funded by other businesses in what Aaberg says are future strategic partnerships.

“We are going to have a campaign for Esports to start reaching out, but hopefully have sponsors actually reach out to us … we’ll hopefully be able to get some naming rights. When it comes to partnerships there’s so many things that you can definitely sell to a company. Think about it. The Student Union is one of the most, if not the most popular building on campus,” Aaberg said. “There’s so many things that you could do. You could sell the naming rights, you could sell who has the PC rights, who’s the official peripheral, the official drink and things like that.”

This is a common practice for both student organizations and esports teams trying to raise funds and obtain equipment for their organizations: a cursory glance at teams such as Team Liquid will reveal partnerships with brands such as Alienware. UTD Esports is already partnered with Sector 7, Glorious Gaming for keyboards and Logitech for headsets. In the future, team expansion and larger-scale events are likely to be funded in part by these types of strategic partnerships.

All told, the event was a major success in terms of outreach, and the team won’t stop there. Mavrakis said that there will be several more events throughout the year, including an Aim Labs sponsored challenge. Aaberg said that the goal of the tailgate, and of the other events that the team runs throughout the year, is to build a community around the Esports team and make that community accessible to a general campus audience.

“Whether you’re a gamer that hardcore games and you have a gaming PC and things like that or whether you just play on your switch or play some mobile games with some friends, that’s where we want to come into place and really build a sense of community.”

Curious Comets Vol. 2: Why are there t-shirts in the Green Center atrium?