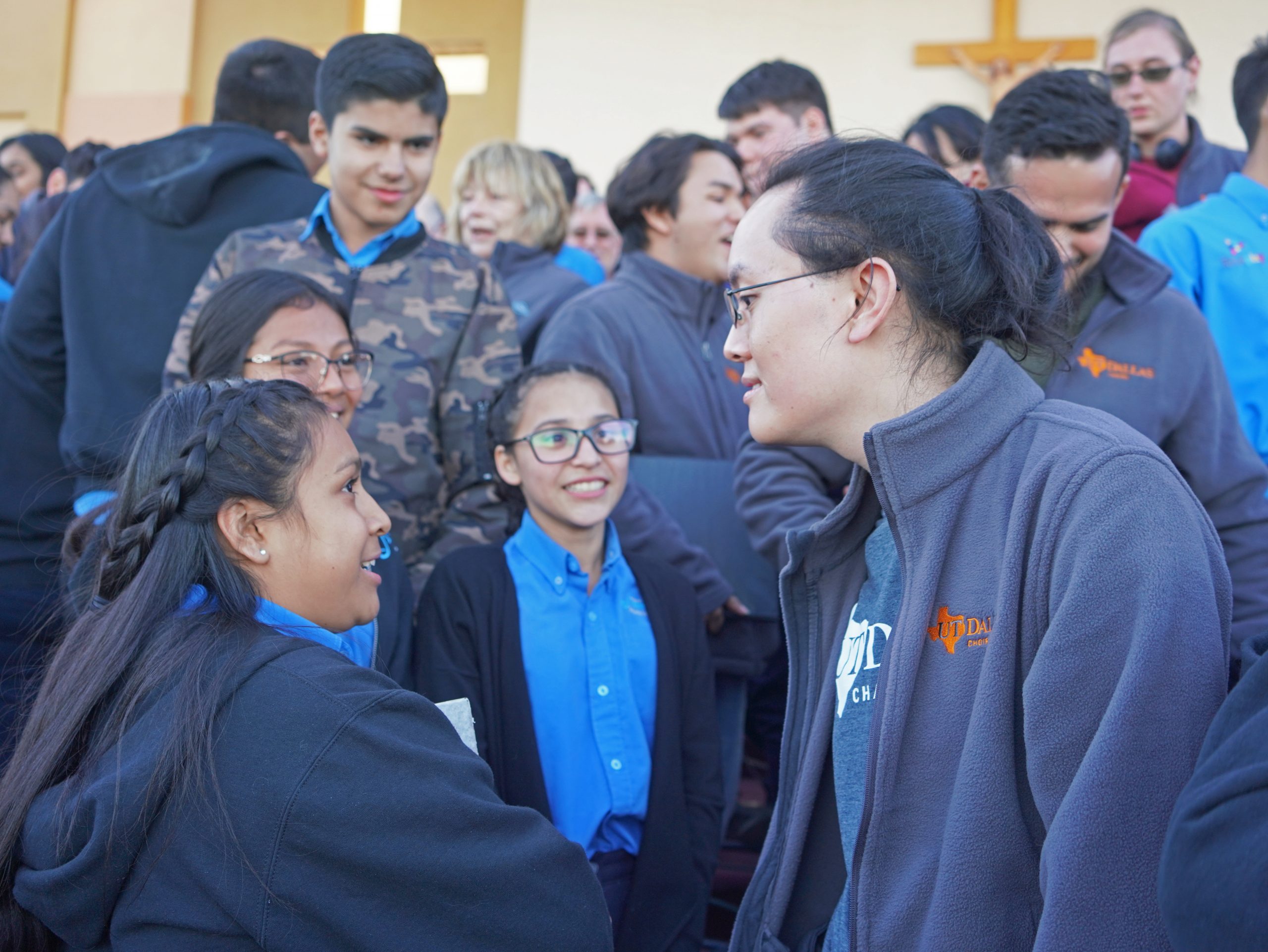 UTD's choir performed alongside other choir and orchestra groups in Ciudad, Juarez in January. | Photo Courtesy of Jonathan Palant

Standing shoulder to shoulder, singing out the last few notes of “Let There Be Peace On Earth,” the singers varying in their ages, backgrounds, languages and nationalities conveyed a message of unity and support.

Palant came up with the idea after a gunman from Allen killed 22 people in a Walmart in El Paso on Aug. 3 of last year. When he first heard word of the shooting that night, Palant was at a play that addressed immigration issues at the border.

“The only thing I knew to do was to bring music to the border to promote healing,” Palant said. “It wasn’t about the music, it was about the music as a conduit to bring people together in peace.”

“The goal was to bring communities together that otherwise wouldn’t have come together, and we did that through music and art,” Palant said. “Those from Mexico, those from South Texas, those from North Texas. The goal was never about a big audience; it was to support the El Paso community and say that we don’t want the community to be remembered because of a shooting, we want the community to be thought of as coming together through art.”

This form of art, in music, has various meanings to the students who volunteered and had to fund themselves to go on the trip. Visual and performing arts senior Benjamin Wise said that art is a universal language.

“We went to El Paso and people who spoke Spanish and people who didn’t speak Spanish still had this moment of coming together and bonding over the music that they shared,” Wise said. “It’s a way of showing empathy without necessarily being able to directly communicate with someone.”

In addition to performing to the community, the UTD choir went as a large group to a local homeless shelter to do community service for a few hours.

“That was more of a corporeal, here’s a thing we can do,” Solvay Linde, an ATEC and computer science sophomore said. “We can help you make sandwiches for people and sort things, but just being there, I think, the unity we provided just by showing up, talking to people, and showing that we care was probably more impactful than service work.”

In order to follow the themes of compassion that the festival tried to convey, Palant selected individual songs with similar meanings.

“‘When We Love’ by Elaine Hagenberg is a gorgeous, powerful song talking about the effect of love, not just the person who’s getting the love, but also the person who is giving the love,” Wise said. “That was kind of the relationship that we were trying to get with us going to El Paso. We’re going with this attitude of service, but it also changes us.”

Like all choirs, the UTD choir aims to sing well, but they also have a mission beyond that: the choir has a sense of a greater social purpose, which is really inspiring, Wise said.