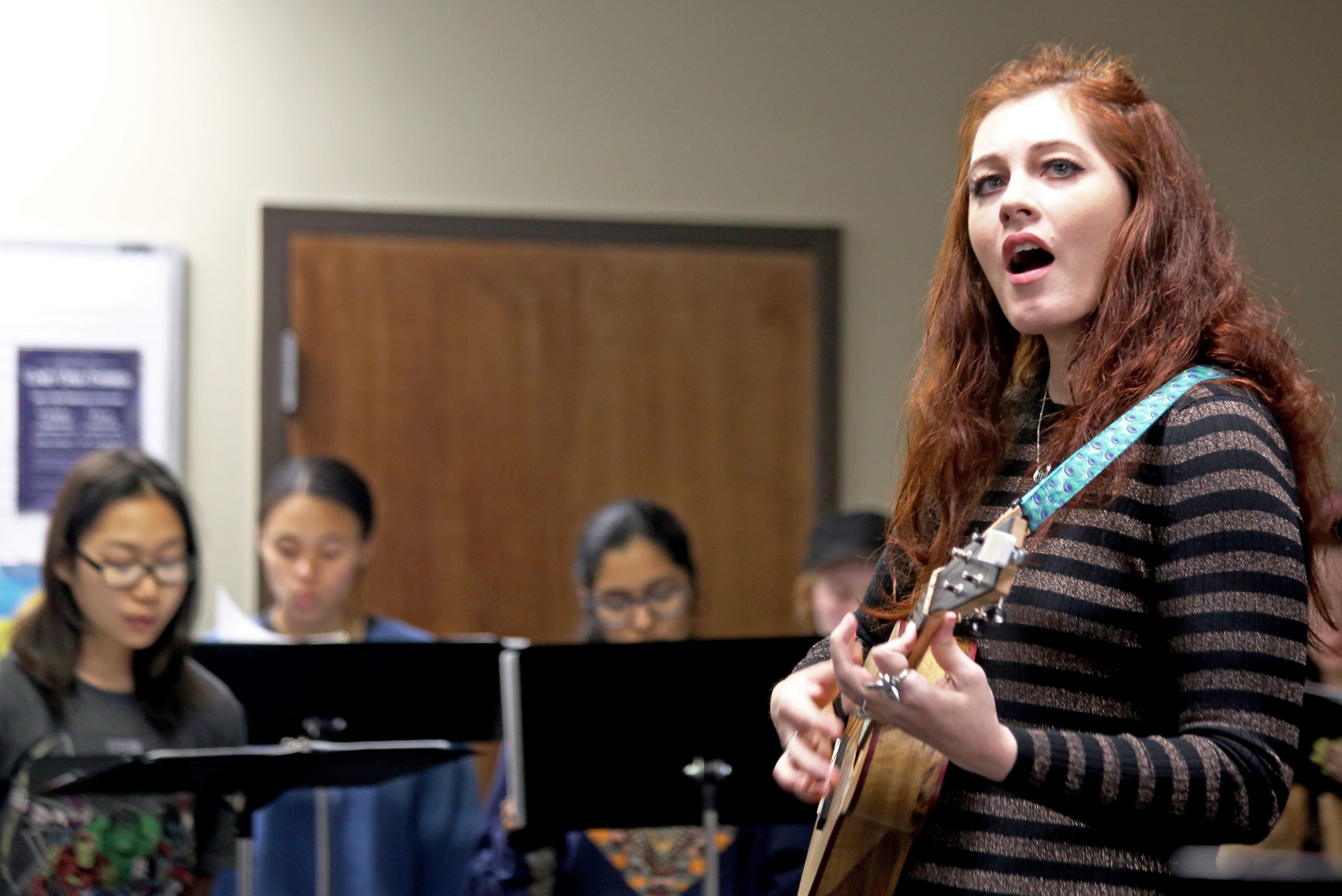 For singer and songwriter Mandy Harvey, all her music holds a special, personal meaning for her — not in the least because she can’t hear it.

As an up-and-coming vocal and music education major at Colorado State University, the future was looking bright for Harvey in late 2006. Then her life turned upside-down; a connective tissue disorder — Ehlers-Danlos syndrome — caused her to lose her residual hearing. No longer could she hear the notes of the music she so loved; no longer could she hear her own voice.

“You know, there would have been nothing I could have said (to myself at that time) that would have taken away the pain, or made any sense of the situation,” Harvey said. “The only way to really get through trauma is time and a lot of hard work.”

At first, Harvey said, the going was slow. After leaving Colorado State, she withdrew into herself. Eventually, she said, she realized that she was responsible for moving herself forward, instead of waiting for the world to change her situation for her.

“The biggest thing that I decided to do in moving forward was celebrate the little victories — and sometimes that was waking up in the morning,” Harvey said. “Or taking a step outside and looking at the sun even if I was pissed off and I went right back inside. I made a step that I didn’t make yesterday. And so that was a victory.”

Fast forward to 2017. By that time, Harvey had released three albums, and was preparing to audition for America’s Got Talent, NBC’s acclaimed reality TV show and talent competition. The AGT judges were so stunned by Harvey’s audition that she received Simon Cowell’s golden buzzer, catapulting her to the live shows later in the competition. Out of all the contestants, Harvey placed fourth overall.

Now, following the release of her newest album in 2019, Harvey is touring the country, performing with and teaching choirs across the nation. Despite her deafness, Harvey said she’s fulfilling her dream that began when she started singing in her church choir at age four: building a community around music.

Harvey was in Dallas for a brief residency with the Eisemann Center, and performed with the UT Dallas Chamber Singers on Feb. 8. Shivani Sundar, a biology senior and member of the choir, said rehearsing with Harvey was a magical experience.

“The way she would listen to us, she used her body — because she can’t hear, she can’t instruct us in the traditional sense,” Sundar said. “So, it was different, but at the same time, she was so good at teaching people, that it didn’t feel different from a normal choir rehearsal.”

Harvey said that keeping time and sensing rhythm is relatively straightforward. When she performs onstage, she often doesn’t wear shoes, and is able to sense the vibrations of the bass and drums through the floor. As for hitting notes and staying with the melody, Harvey said she uses a variety of techniques, aided by the fact that she was born with near-perfect pitch.

“I use visual tuners every day to see what I’m singing, and then get used to how that feels on my throat as I’m singing, and that modifies throughout the day,” Harvey said. “If you find one note, then you can find them all, just based off of how many half steps or how many intervals that is to finding the next one.”

In rehearsing with Harvey, Sundar said Harvey gave incredible advice when it came to songwriting, as well as a great deal of helpful, constructive criticism in general. Sundar said that Harvey’s personality was sweet and down-to-earth, and her sense of humor shone through in the way she talked.

With the help of an interpreter — and through her music — Harvey is able to communicate with a world she cannot hear. Her songs, Harvey said, have multiple meanings: one for herself, and one for the public.