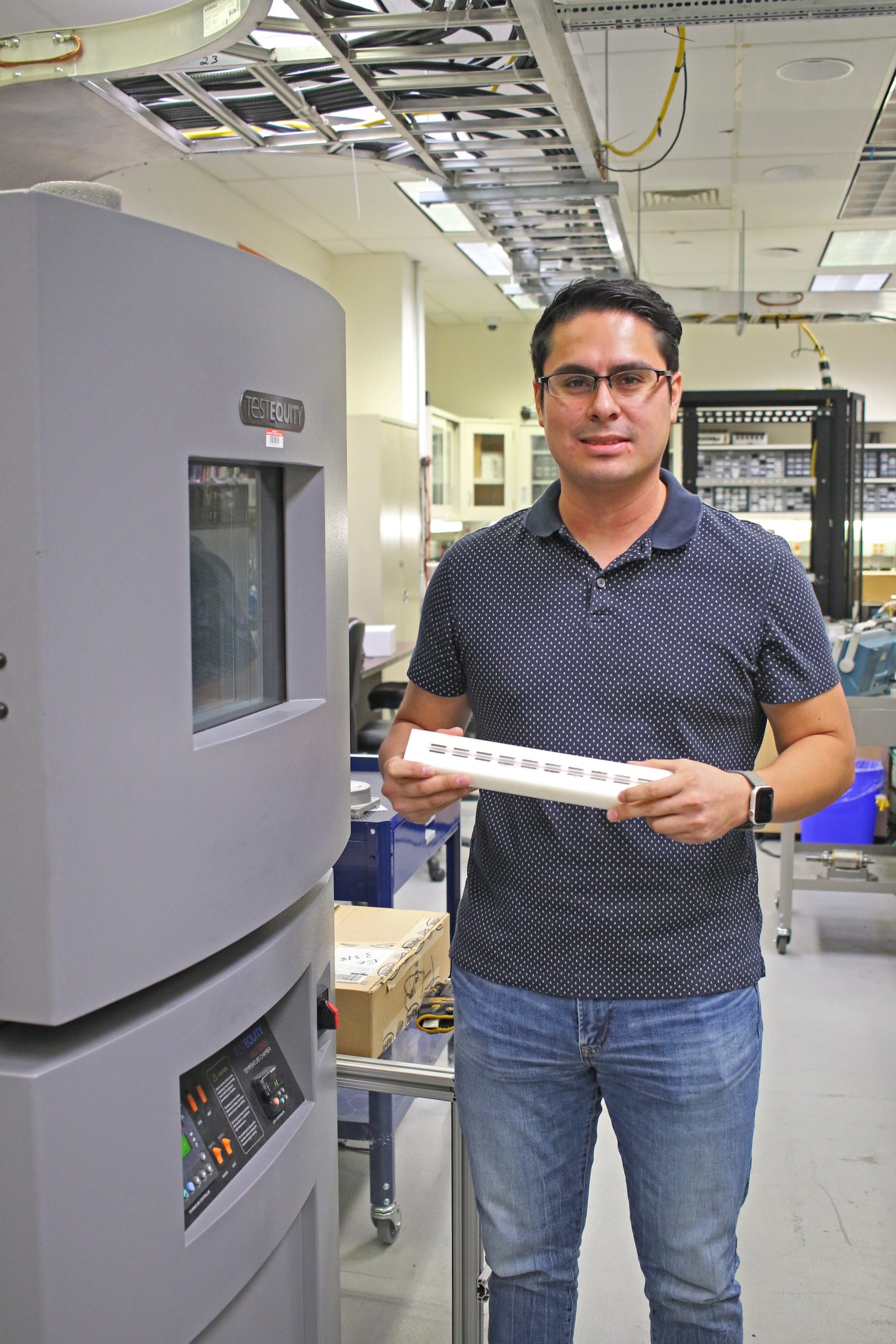 “We had a project at ARPAE, Advanced Research Program Agency at the Department of Energy, and in the course of that project we were discussing various types of generating electricity and the importance of recovering heat from data centers,” Fahimi said. “That was the first time we seriously looked into this problem. I had a very bright student at the time, Eva Cosoroaba, and she got excited about the prospect of generating electricity from liquid metals.”

Fahimi said the majority of electricity consumed by data centers is converted into heat.

Fahimi said that  gallium was used as the liquid in the generator because it’s one of few metals that’s liquid at room temperature.

“The idea is to polarize the conductive liquid. That happens due to two different processes. One is the spin hydrodynamics that happens when conductive liquids are subject to turbulent motions, and a polarization happens, (then) you can harvest energy,” Fahimi said. “There will be an electric field, that is the main source of harvesting energy, and then Magnetohydrodynamics which is the second effect, meaning you subject that moving conductive liquid to an external magnetic field and the interaction between the two.”

“If you look at data centers, they spent a lot of energy and money and resources to remove the heat from the electronics. With this you can recycle some of that heat to generate power,” Narvaez said. “Green power, that’s the number one application that when we were doing this, we had in mind” Caceido Narvaez said.