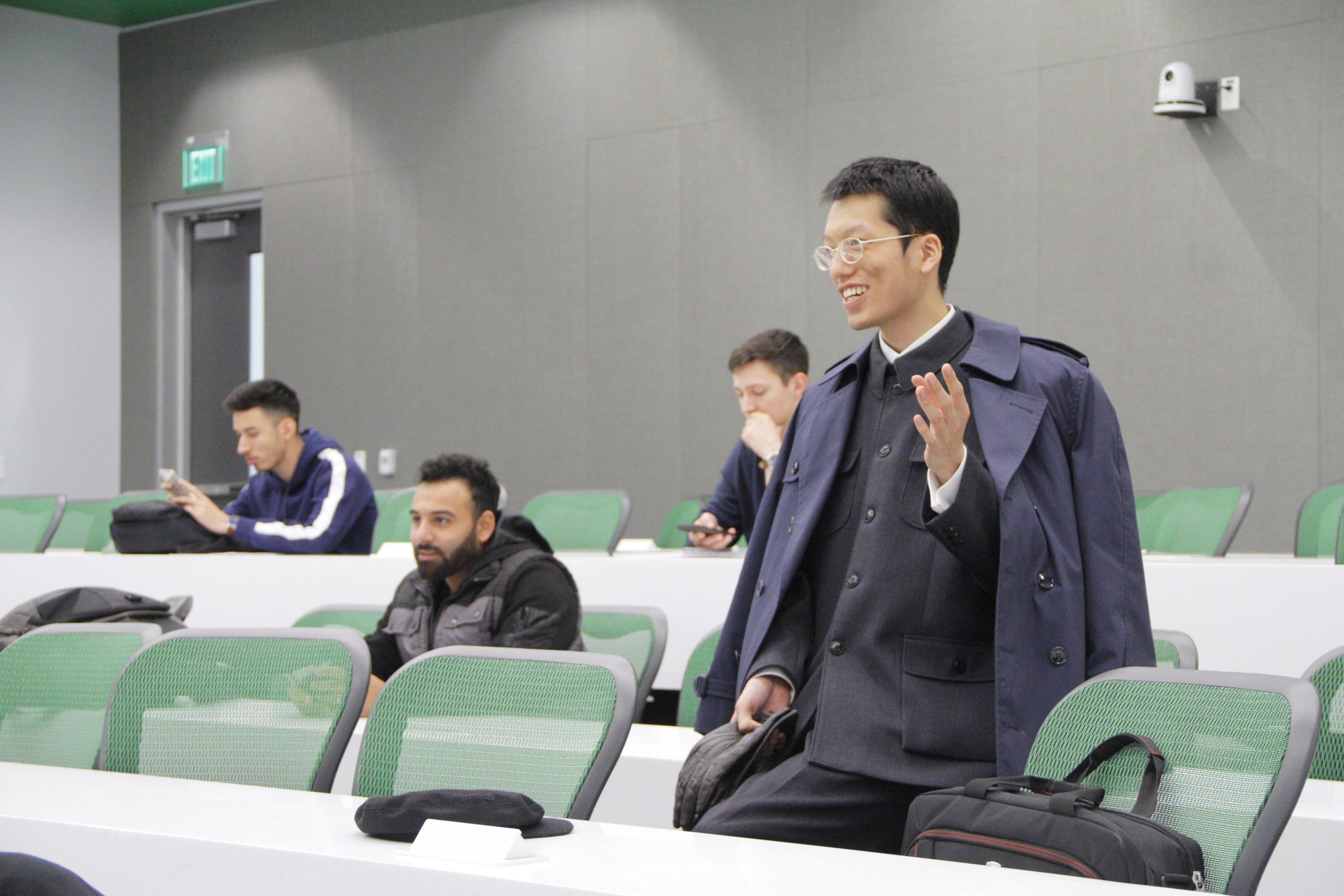 College lectures usually involve sitting and listening, taking notes and maybe scrolling through your Twitter feed. Other than an occasional question or comment, the class experience is relatively the same routine every time.

Ronald Chan, an international political economy senior seldom takes notes during lecture, and said he prefers to listen, as taking notes gets tiring. He wears different variations of a Zhongshan, a type of Chinese tunic, nearly every day. When prompted to answer a question, Chan speaks in an assertive, loud voice and will either stand up or sit up on the desk to address the class.

He said he started doing this last semester during clinical associate professor Karl Ho’s Politics of China class, and said it was to appear as if he is speaking from a position of strength.

An avid reader of history, philosophy and culture, Chan said he’s had a love for these topics since elementary school when he lived in Hong Kong. He spends his time studying political leaders of the past such as Mao Zedong, Vladmir Lenin and Fidel Castro, and said he admires them for their charisma.

“Since time immemorial I’ve had an obsession with history, with biographies, with leaders. It just came to me naturally,” Chan said. “I see (the leaders) as role models … I have a tendency to view them as game changers of the world.”

Chan said he finds the current way that topics such as history, politics, law and culture is taught reflects a more Eurocentric perspective, and that there exists an official narrative which, he said, isn’t the most truthful.

“I do have classes that talk about that quite a lot, but they don’t intend to study a lot on colonialism,” Chan said. “And they don’t intend to talk a lot on the real destructive role of colonialism and neocolonialism has played throughout the past centuries. I’m not famously controversial but the things I say, they can get controversial because they step outside the mainstream narrative.”

Irina Vakulenko, senior lecturer of Geospatial Information Sciences, offers a variety of different discussion opportunities, some of which involve role playing or potentially difficult to solve topics, in her classes.  She said Chan seldom conforms to others in class, and tends to speak his mind in an assertive, forceful way.

“He’s quite a character. He’s not inhibited by the opinions of others around him. I don’t necessarily agree with everything he says, but he helps to stir,” Vakulenko said. “I wouldn’t say that he particularly interjects more than other students. He’s a good smart kid. He’s not indifferent and he wants to make a difference.”

Despite his presence in class, Chan said he doesn’t get any negative feedback from students or professors about his conduct aside from professors letting him know of their tight schedules during lecture.