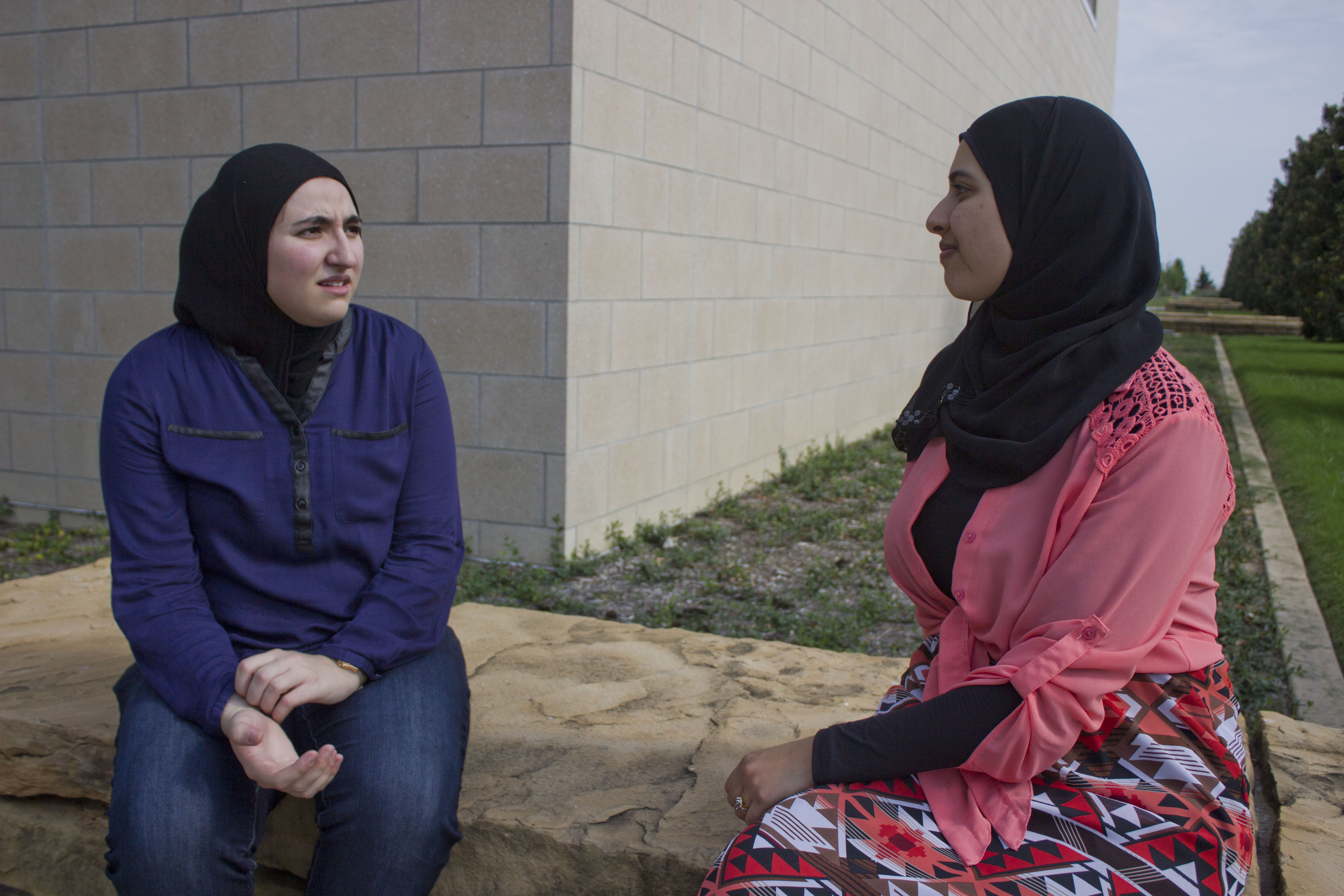 Connie Cheng|Photo Editor Rawan Muhanna (left) sits with Tamam Bushnaq, president of Students for Justice in Palestine, and recounts her time in the Gaza Strip when the conflict between Israel and Palestine began to escalate.
Campus News
News

What should have been a time for joy and celebration quickly turned into a race against death and missiles, when days after her sister’s wedding, a student watched firsthand Israel’s air, land and sea offensive within the Gaza Strip.
Rawan Muhanna found herself stuck in the midst of conflict, cooped up at home for fear of being hit under the open skies, living in uncertainty for two weeks until the American consulate arranged an evacuation for her family through Jordan.
“My sister was there, my cousins, family were all there,” Muhanna, a chemistry senior, said. “It was bitter-sweet — bitter in the sense that they’re not safe. But sweet in that I was so ready to come home. I had been there two weeks longer than I wanted to, and I felt like I was let out of this prison finally.”
A week after they got back, her mother’s nine-month pregnant cousin along with her two sons were killed in an air strike in the heart of Gaza. The family had taken refuge in the city after evacuating their home in the Shuja’iyya district of Gaza where dozens were killed after Israel ordered an evacuation and attacked the area.
That is the reality of Gaza. As a child, trips to Gaza had been easier for Muhanna. She remembers flying to Tel Aviv from where they would cross the borders with ease. But each year it’s been harder to get in and get out. Palestinians can’t land in Tel Aviv anymore.
The last time Muhanna was in Gaza, in 2006, she saw the start of another war.
This year, when her family planned the trip so her sister could get married there, everything seemed normal. They had checked that the Cairo border would be open and flew out, but as soon as they arrived things began to go awry.
They had to wait two extra weeks in Cairo because Egypt did not open the borders to Gaza on time and the wedding had to be postponed.
Soon after the wedding, three teenage Israeli boys were found dead in the West Bank and caused palpable unease among civilians — the people of Gaza knew it wouldn’t end well, Muhanna said.
Things escalated quickly going forward, and Muhanna remembers very little; it was all a big blur for her. 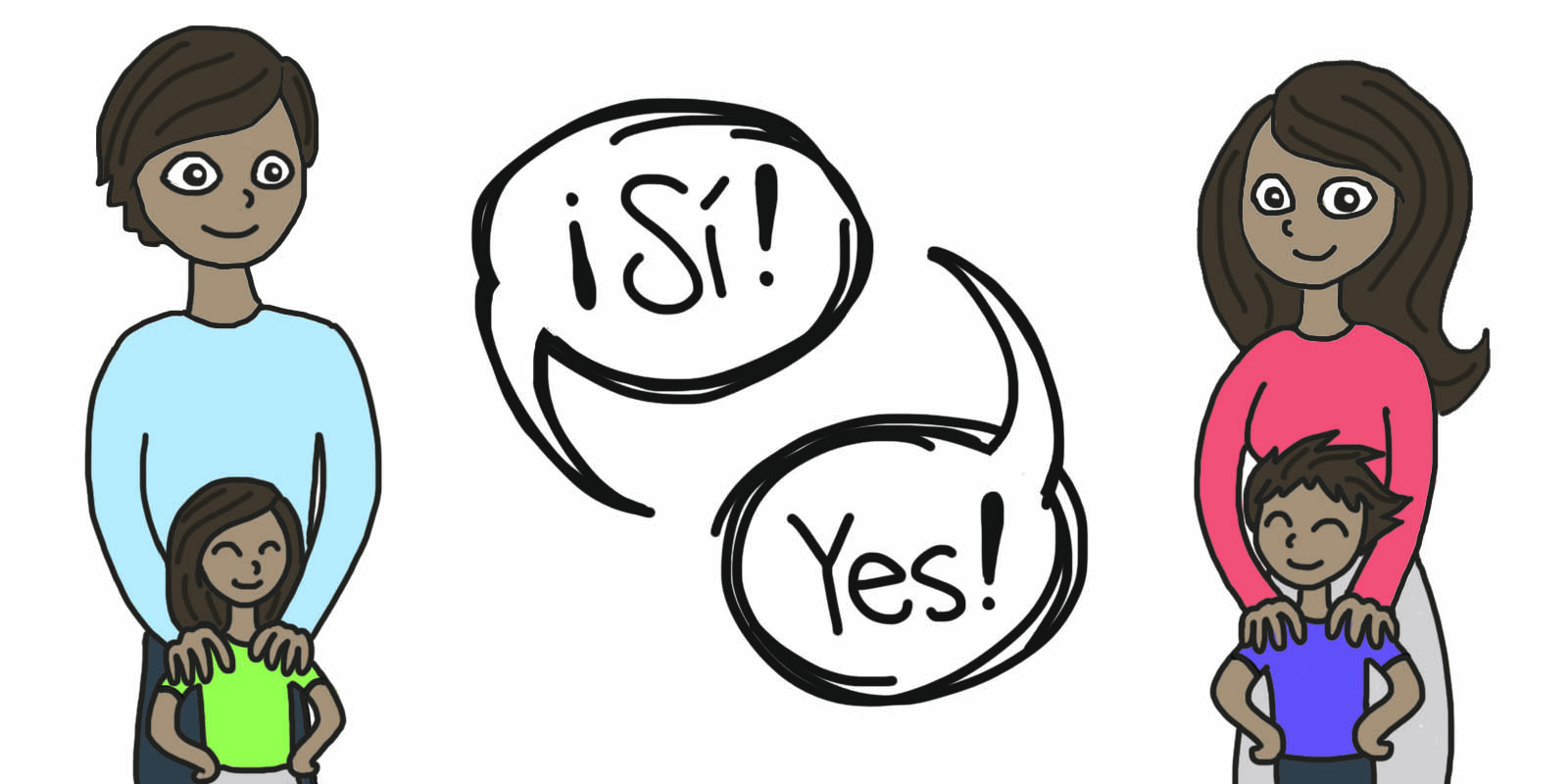 I am very sorry for your loss in gaza, may there souls rest in heaven. Unfortunately I was very disappointed with the lack of factual evidence in this article. I am very disappointed that a state university would publish an opinnitated piece on ther front page which blatantly spews propaganda. I have a few questions that were not addressed in the article. Why is Israel bombing gaza? Do they just drop in kill people and leave? What’s the reason? What is Hamas and what does there charter call for? If Israel is the enemy how come Egypt, a fellow Muslim… Read more »

What a shame for an honest newspaper to do such poor reporting, quoting ‘media facts’ that have been disproven. Just to name a few… ‘The Palestinian death toll in Gaza has gone up to 1,400 and 80 percent of the casualties are civilians’ Actually, 50% are civilian, which is unprecedented in any other urban warfare. ‘according to the United Nations Relief and Works Agency, or UNRWA, with a per capita density of 11,000 people per square mile.’ That’s what Hamas would like you to believe, but in actuality there are many very sparsely populated areas in gaza where Hamas could… Read more »

The actions by Israel are defensive, and your use of the term “offensive” leads the reader to believe that Israel provoked and/or desires this conflict. Israel does not target civilians, hence the evacuation warnings. The Palestinian leadership in Gaza places its military installations at the evacuation sites, mosques, schools and hospitals, putting it’s citizens in more danger. The 2006 war she witnessed was between the newly elected leadership and the existing leadership, which is still active in the West Bank. Do not confuse “another war” with the current war. This war is an attempt by Israel to end rockets and… Read more »

Coming to a campus near you: Anti-Defamation League recruits student senators for Israel trips – Mondoweiss

[…] bombs in Gaza during Operation Protective Edge, the situation University of Texas at Dallas student Rawan Muhanna found herself in after travelling to Gaza this summer to attend a family […]

The Mercury
The Mercury publishes news, opinion and feature articles of interest and importance to the UT Dallas campus and community, with primary emphasis on news that most directly and immediately concerns students.
wpDiscuz
4
0
Would love your thoughts, please comment.x
()
x
| Reply