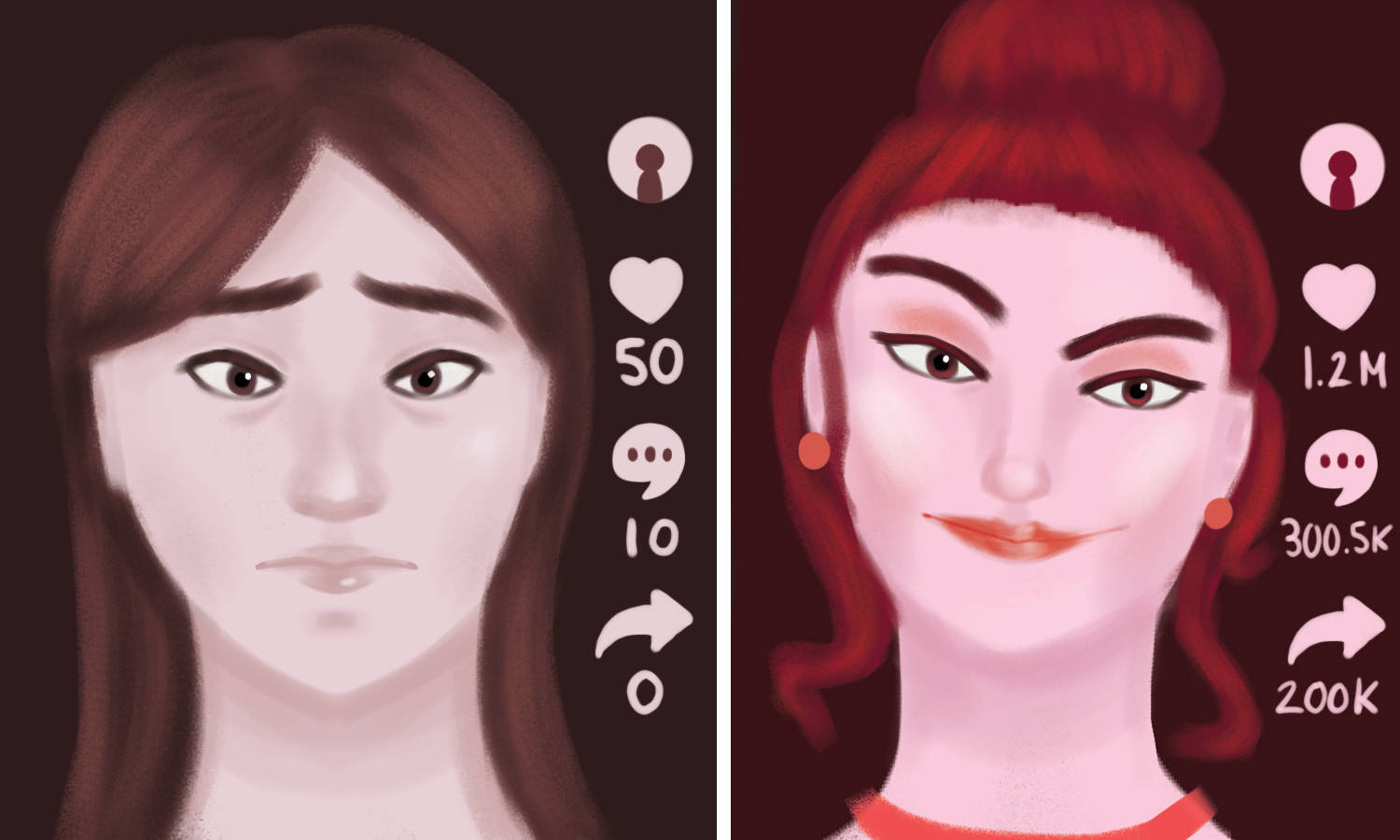 On the surface, TikTok seems like a harmless way to pass time and learn convenient life hacks, but there’s actually much more to the app than just lip-syncing and DIY videos. Many users are oblivious to the platform’s complex algorithm and the negative impacts it can have on the app’s vast audience.

Over the past year, TikTok has taken the world by storm, specifically among young adults. In fact, by 2019 60% of active users were aged 16-24 years old. TikTok can attribute a large portion of its success to its For You page, which has been a point of attraction for many new users due to its accuracy in showing us what we like to see. Getting on a viewer’s For You page has been esteemed the “holy grail” of success for TikTokers, so it makes sense to wonder: what clips have the best chance of getting on the For You page?

Surprisingly enough, the quality of content doesn’t actually play as big of a role as we would like to think. Rather, the page’s composition is more dependent on a factor that is out of our control: looks. TikTok notably employs the use of an elaborate artificial intelligence network that is able to quantify attractiveness. It does this by initially inputting a standard or “perfect” face into the algorithm and assigning ideal scores to 86 distinct facial points. The faces of those appearing in the TikTok clips are then compared to the ideal features and given a score using artificial intelligence. Greater attractiveness is classified as “high quality content,” which is what eventually gets recommended to others.

In addition to perpetuating insecurities based on facial features, TikTok is notorious for promoting unhealthy physiques. We’ve all most likely heard of the “What I Eat in a Day” videos, where exceptionally fit creators eat impossibly small portions of food (typically amounting to under 1200 calories) and instill unrealistic expectations in viewers. As users continue to watch these clips on a daily basis, a toxic diet culture and self-degrading statements become ubiquitous, where young people post negative comments about themselves under posts made by attractive creators. In this way, TikTok inconspicuously builds a superficial world for its users that clearly has the potential to harm a young audience.

But TikTok isn’t all bad, and it does have some notable benefits. To start, it’s generated some of the most political participation and awareness among teens that we’ve ever seen. It’s also been a source of comfort for many of us who have been stuck inside our homes for the past year, desperate for entertainment with humorous and informative videos from the app.

TikTok has a dark side just like any other social media app. Unfortunately, its beneficial qualities have been largely overshadowed by dangerous competition regarding a person’s looks. This competitive spirit understandably resonates with both watchers and creators, breeding a suffocating environment of insecurity. It’s high time for TikTok to take responsibility and eradicate the algorithm that prioritizes attractiveness over quality of content by implementing better content filtering measures that will begin to break the cycle of unhealthy insecurity that is so prevalent right now. After all, what’s the point of popularizing a platform that pushes the idea of conventional beauty, and in turn, discourages individuality?

In addition to calling for change on TikTok’s side, there are things we can do as students to create more of an uplifting atmosphere on campus. Principally, we must be cognizant of the impact and reach that TikTok has on our lives. Learning to take the perfect “social media utopia” with a grain of salt and educating ourselves is the first step in making sure that our mental health and academics stay at the top of their game. During times of anxiety, a social media detox is a great way to clear the mind and focus on what’s best for you. Learning how to use TikTok in a constructive way and take time off the app when necessary would eventually allow it to become a more uplifting platform.