The birth of VENUS

UTD chapter of the aKDPhi sorority created after two years of fundraising, recruitment 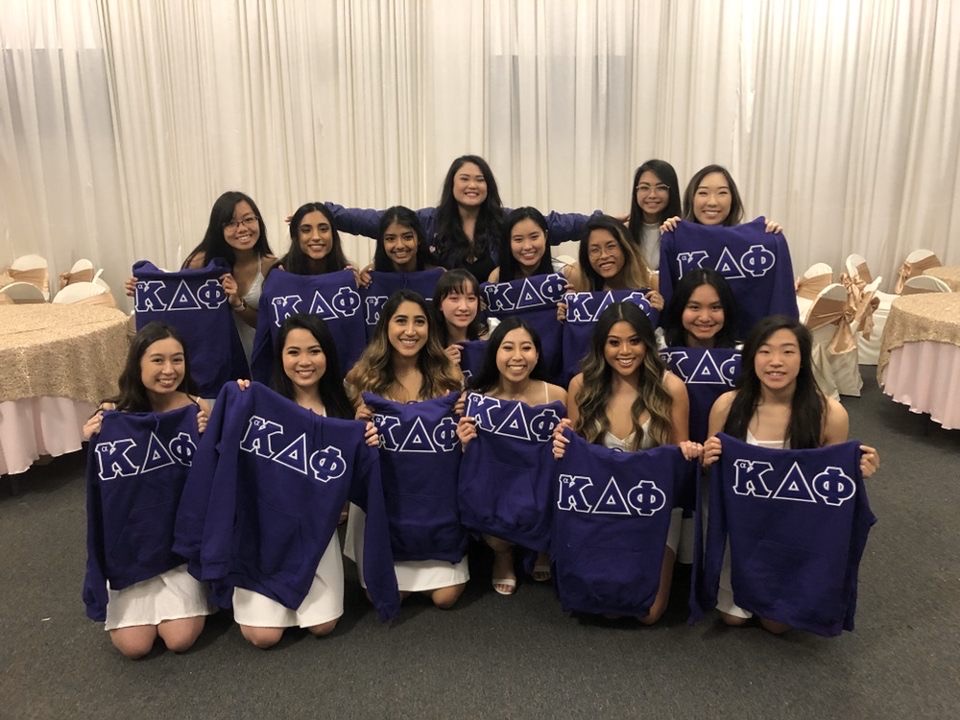 Members of the student organization VENUS dissolved their group at the conclusion of the spring 2020 semester, reforming as the newest chapter of the alpha Kappa Delta Phi sorority.

Originally founded with the goal of creating a new sorority chapter, VENUS’ disbandment comes as the conclusion of over two years of the organization’s fundraising and member recruitment. Established in March 2018 by then ATEC sophomore —  now UTD alumna — Jamie Son, VENUS, or Victorious Empowerment N United Sisterhood, was created as a way to raise funds and gather members for a UTD chapter of aKDPhi, an international Asian interest sorority. With her cousins already being members at other universities, Son said she was able to familiarize herself with the sorority and the process of founding a new chapter.

“I just wanted to be around other girls that I feel comfortable with, who I don’t have to act like somebody else around,” Son said. “I wanted to really emphasize everybody being comfortable around each other and not being afraid to voice their own opinions, as well as just being their goofy selves.”

A primary facet of VENUS’ operations was frequent fundraising and recruitment sessions. Held at the UTD campus, the organization would regularly host bake sales, drink socials and volunteer events. Much of their effort centered around fundraising for breast cancer research.

In addition, VENUS trained its members through leadership and internship workshops, teaching each other skills in accordance with their five pillars: service, scholarship, sisterhood, leadership and Asian awareness. With aKDPhi being an Asian interest sorority, Son said VENUS prioritized promoting and participating in various Asian cultural celebrations.

“We don’t discriminate against anybody that’s not Asian; we just really push for Asian awareness since it’s one of our pillars as a sorority,” said Son. “We participated in a lot of multicultural events on campus. We did a lot of collaborations with other Asian interest organizations, such as FSA (Filipino Student Association), as well as hosting our own workshops to really promote Asian culture to other people in the student body.”

In March 2020, having met the necessary requirements to establish an aKDPhi chapter at UTD, VENUS was dissolved as each of its members were initiated into the sorority. Son declined to comment on the specific requirements of a new chapter, in compliance with national aKDPhi regulations.

Despite having established themselves after the campus switched to online classes, Son said the following months did not pose a significant challenge for the newly-formed chapter. Rush chair and marketing sophomore Thy Nguyen said that through virtual rush events and social media promotion, the chapter had 10 prospective members rushing in the upcoming fall semester.

Having been another founding member of VENUS, biology senior Anh Hoang said she had seen how close her sorority sisters had grown while trying to establish the chapter. Going forward, she said she wanted to see similarly ambitious projects bring the chapter together.

“We want to build a sisterhood where everyone can come in and they belong. We all hope that aKDPhi will stay on campus as long as possible,” Hoang said. “I think that’s our number one goal because there’s a lot of girls that come in and they don’t feel like they belong or they don’t know what to do with a college life and I think alpha Kappa Delta Phi is a really good place for the girls, and I can see us going for the long run.”