Breakdown of COVID testing results on campus at start of semester 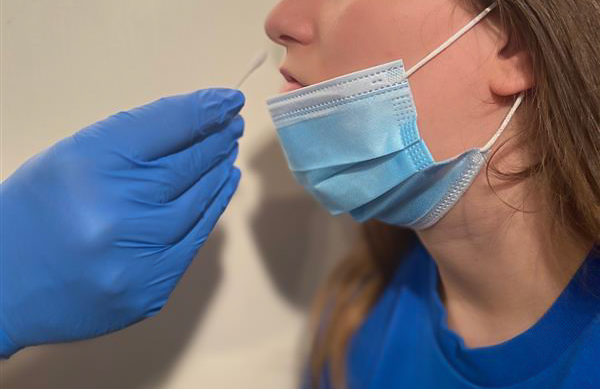 As North Texas sees more than 2,000 new cases of COVID-19 per day in the DFW metroplex, the results of UTD’s proactive testing program are encouraging.

Vice President and Chief of Staff Rafael Martín – head of the COVID-19 Task Force at UTD – said that while testing capabilities were limited last fall, the process of scaling up last semester’s pilot program with UT Southwestern enabled UTD to instate a free and mandatory testing program for all students in University Housing this semester.

“We started last semester with testing our athletes on a regular basis, as well as personnel that were working in our research labs,” Martín said. “Scaling up and learning from that was really what allowed us to have confidence that we could test all of the on-campus residents within the first couple weeks of them returning to campus. And by all accounts, it was a pretty successful effort.”

Martín credits the smoothness of this operation to University Housing Administration, as well as UTD’s UMER emergency medical technicians, who were responsible for directly facilitating student administration of the COVID tests.

Associate Vice President of Student Affairs Matthew Grief, who has overseen the actual testing process, reported further on the success of the proactive testing program.

“We tested 2,892 individuals – 2,559 of whom were students living on campus – during the first two weeks of school,” Grief said. “43 positive results came out of those tests, and 42 of them were students. All of those results were from asymptomatic individuals.”

That corresponds to a positivity rate slightly below 1.5%, which compares favorably with other Texas institutions like Baylor, UT Austin and Texas A&M, which have reported 1.4%, 2.2% and 5.5% positivity rates, respectively, from their on-campus testing programs since the beginning of this semester.

Students who have tested positive or been identified as close contacts are being requested to enter mandatory isolation, either off campus or in the Canyon Creek Heights residences. Grief said the Dean of Students Office contacts students after testing positive and transfers them to isolation, while also identifying any food allergies or dietary requirements.

“The Residence Hall Coordinators work with the student to make sure they get transferred and will provide transportation assistance if needed,” Grief said. “The facilities in Canyon Creek Heights are fully furnished, so all students need to bring are (linens), clothes, and whatever else they need to function for the 10 to 14-day period.”

The testing program, however, is not over just because students have moved onto campus. Student-athletes continue to be tested regularly as they return to in-person competition. UTD also plans to prevent community-spread by periodically selecting 7.5% of campus residents for random testing – an approach that Martín says is comparable to the successful proactive testing strategies being applied at other universities around the nation. Those tests will be conducted in the Blackstone LaunchPad Center rather than the Activity Center.

Following the presumptive boost to general health on campus, Martín said that with student participation, the proactive testing program could expedite the process of returning campus to in-person – if still pandemic-constrained – operations.

“(A testing regimen) was really the missing piece of the puzzle that made us reluctant to opening campus last semester,” Martín says. “If we are confident that we are able to monitor the cases of COVID-19 on campus proactively, we’d like to work towards opening campus back up to more events and activities for students and student organizations.”