Plans for student clubs to host their own events this spring 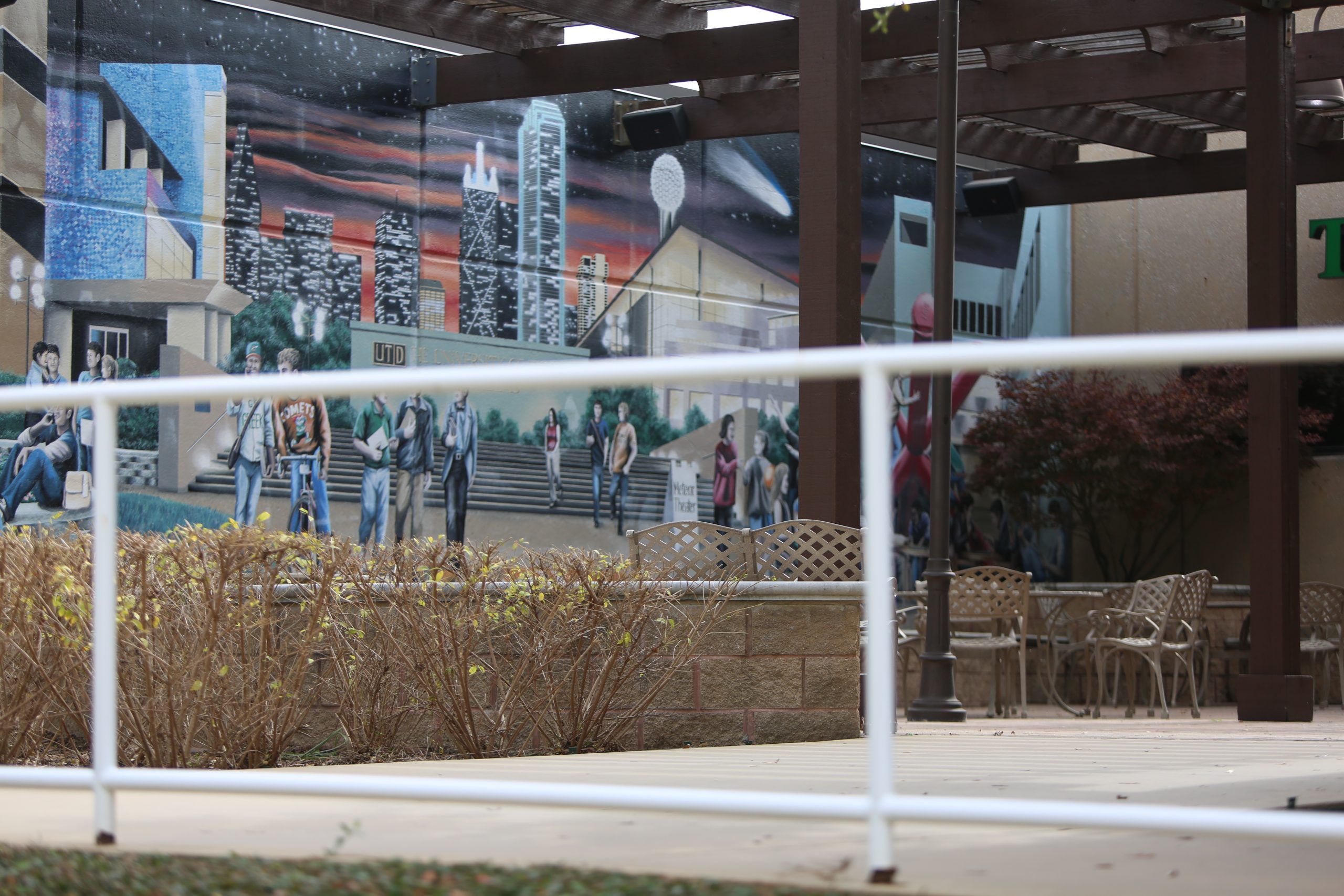 All events so far have been hosted by academic and administrative units only.

UTD’s decision to relax restrictions on in-person gatherings this spring may influence some students’ choice to stay on campus.

Vice President of Student Affairs Gene Fitch said that UTD is expecting more students on campus in the spring than there were in the fall.

“We’re expecting 3,200,” Fitch said. “We’ve had several hundred that told us they had deferred their housing to the spring, and we’ve had several of them who’ve said they’re planning to come back.”

For most of the fall 2020 semester, in-person student gatherings of any kind were strictly prohibited. However, a recent announcement states that this spring, students will be allowed to “connect face to face in small groups” to revive part of the college social experience.

Computer science junior Michaela Perez is skeptical about going back to normal too quickly and has chosen to stay home this spring for safety reasons.

“Going back to campus would help me so much mentally and academically, but I think staying virtual is the best thing to do,” Perez said. “I know a lot of immunosuppressed people or people with a chronic disease – myself included – that are at a high risk of complications if they get COVID. I just don’t think it’s morally right to willingly become a vector for this virus.”

Toward the end of the fall semester, UTD held a few in-person events as a trial run for the spring.

“There’s been a couple of events that have taken place this semester, and that was in an effort to try and test our event protocol,” Fitch said. “We in Student Affairs have a couple of events coming up out of our university recreation department. There’s a punt, pass and kick competition, there’s a sand volleyball tournament, there’s a tennis tournament. If things did well, then we hoped to be able to relax the restrictions in the spring and allow groups to have activities and/or meetings on some level.”

Yet, Fitch said that these events are all still limited.

“Part of this is driven by the governor’s orders, and right now, that’s set at no more than ten people. And obviously, if that continues, then it makes it more difficult for us,” Fitch said. “One of the requirements for us is that we have outdoor events only.”

All events so far have been hosted by academic and administrative units only.

“So you might see a department doing some kind of a grab and go, or maybe they do a giveaway for students or a drive-through event,” Fitch said.

However, there are still plans to create an avenue for student organizations to host their own events this spring.

“We are finalizing the details of what that’s going to look like,” Fitch said. “You have to follow several protocols that we’ve put in place. One particular that could prevent some of this from happening is that you must have a staff member present at the event. We will not be approving any events that have food or drink as a part of the activity, because in order to do that, you obviously have to remove your mask to eat or drink.”

The university is also making plans for an event in the spring to make up for the missed homecoming last fall.

“We are planning to try and do something this spring with homecoming,” Fitch said. “It would be centered around one of the spring sports – potentially baseball, softball, soccer.”

Student Government Advisor Briana Lemos said that homecoming will take place from February 10-13, but there will be no tailgate or homefest.

Fitch said that finding ways to host events and maintain student engagement during this time is a priority for Student Affairs.

“We’ve been working very closely with Student Government, keeping them in the loop as far as where the conversations are going,” Fitch said. “I know they’re working hard on the students’ behalf to have events this spring, so I’m keeping my fingers crossed that we are able to do that.”

“We do not conduct campus celebrations of one of these state-mandated holidays: Confederate Heroes’ Day”