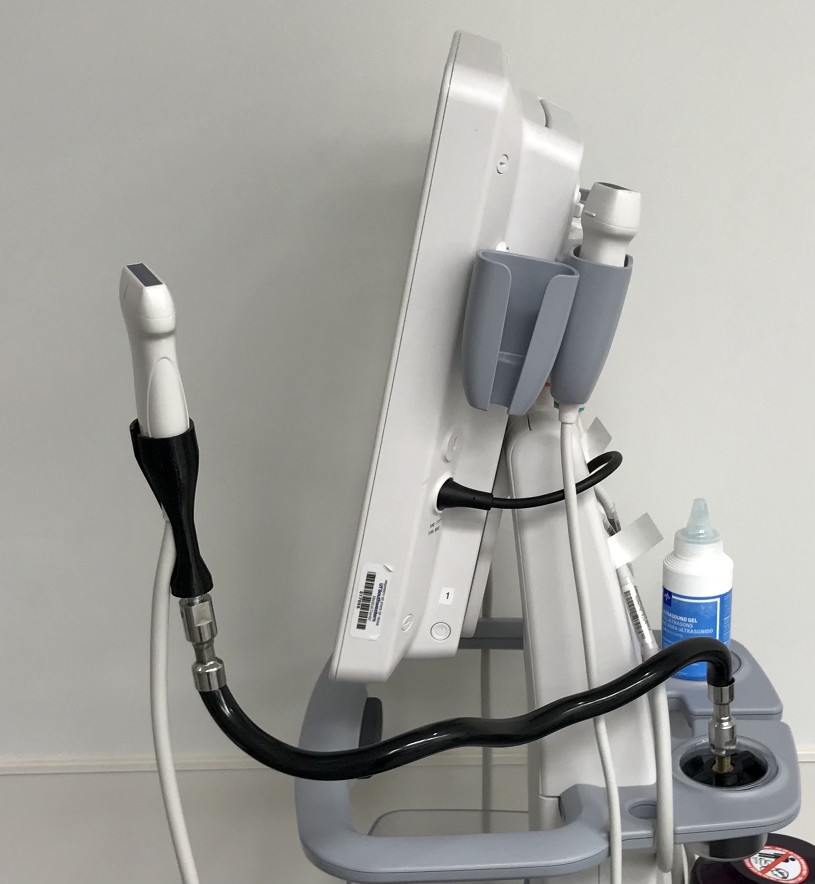 UT Southwestern and Parkland Hospital are the first to test the probe holder.

The COVID-19 pandemic has required the efforts of many healthcare professionals, often overworking nurses and physicians. In response, one UTDesign team found a way to reduce the number of nurses needed to conduct an ultrasound.

“To keep (the probe) sterile you need to put a probe cover on it; to keep that on, you need two hands. Someone needs to hold the cabling, which is dirty and not sterile, so the doctor always required a nurse,” Busch said. “The goal was to get rid of the nurse. (Our device) would act as the pair of hands of the nurse and it would hold the probe for you so you could put the probe cover on.”

The team added a cup holder-like extension for the already existing ultrasound probe, usually held by a nurse prior to the design. The team not only eliminated the need for an extra pair of hands but created a way for their device to bend into a position best suited for the physician.

“There’s more space at the top to grab it and the neck is flexible where you can move it beforehand to a position where you won’t be touching it or any of the machine,” said Finney, a systems management graduate student.

During COVID-19, UT Southwestern medical doctor Carlos Trigo said nurses were constantly needed to assist sick patients and couldn’t always be available when a doctor needed to conduct an ultrasound, so this design is especially relevant.

With the help of Trigo, the team 3D printed multiple sections of their ultrasound probe holder and will continue to adapt their design to the needs of the physicians who use them.

“In every design question, there are multiple ways to attack it and it’s never a complete design because every time you can add on it,” said mechanical engineering graduate student Shahabi.   “Of course, there is a lot of room for developing this model; we can definitely use other materials and other designs to be compatible with several models of ultrasound machines. It can also come in different colors for children’s hospitals, for example.”

Though the team said many improvements have yet to be made, UT Southwestern is now using the ultrasound cup holder in the emergency areas of the hospital. The device is also being used at Parkland Hospital and is in the process of being patented.

“We looked upon what we already had, what already existed, and we tried to improve upon it,” Finney said. “Overall, it was a brand-new product, but parts of it had been used in different fields. When you’re trying to create something new, it doesn’t have to be a totally new idea. Just be open.”