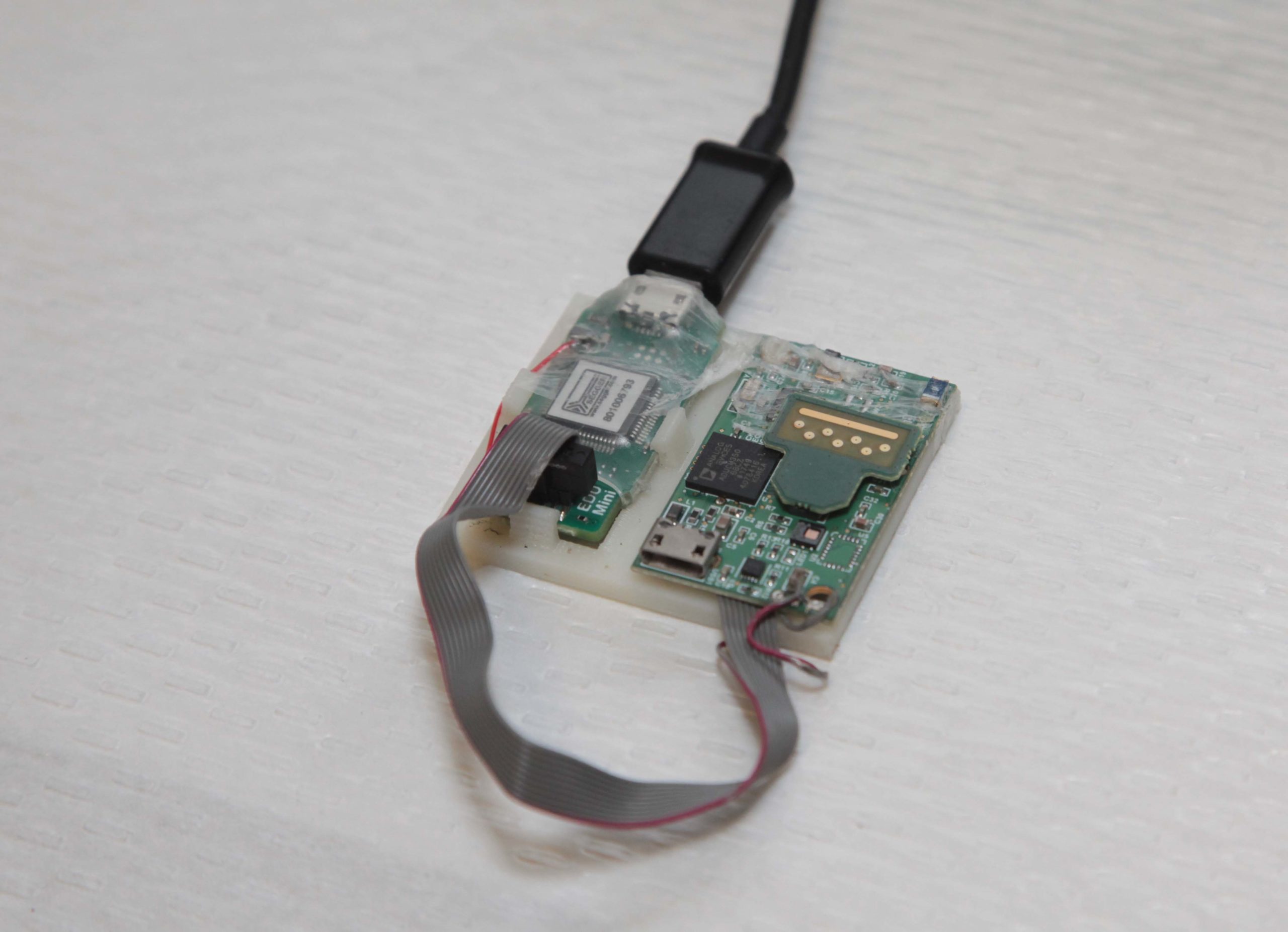 A drop of blood plasma on the penny-sized sensor of the device would give a physician or nurse information about particular biomolecules that may be within the body. Photo by Pavan Tauh | Mercury Staff

A UTD Ph.D. candidate is working on a project that helps doctors assess patients for sepsis, an immune system reaction to infections.

According to the World Health Organization, sepsis affected around 49 million people and resulted in almost 11 million deaths globally in 2017 alone. Ambalika Tanak – a biomedical engineering Ph.D. candidate – said that she and her team were initially inspired by the global demand for their device.

“In developing countries, trying to identify conditions like sepsis is also very tricky,” Tanak said. “Everybody can react in a different way to a different type of infection, and this challenge is driving me today.”

A biomolecule is a type of substance or signal that indicates the presence of a disease or any medical internal state. Therefore, the more biomolecules or signals a device can detect, the more accurate it is.

“You can look at it like glucose measurements for diabetes; it’s a similar analogy,” Tanak said. “The increase in the levels and the decrease in the levels reflect which state the sepsis is in. The symptoms are quite similar to that of chills, fever and confusion; not many hospitals and not many treatment plans include sepsis as one of the complications.”

Sepsis leads to organ damage within hours of infection, often due to a misdiagnosis and no rapid testing. The biosensing device designed by Tanak and her team was made to detect sepsis at an earlier time point, cutting down on the analysis and diagnosis period to try and give a rapid estimation of what is actually happening in the patient.

A drop of blood plasma on her team’s biomedical penny-sized sensor, said Tanak, would give a physician or nurse information about particular biomolecules that may be within the body. That information is then displayed within minutes on an app that will be a part of the end application purpose for the sensor.

Although the current device only recognizes about five biological signals that communicate the state of the immune system, Tanak said her team is working on potential improvements.

“Our current work is focused on expanding this multiplex capability to try and detect seven to eight biomarkers at once, and we’re transitioning to whole blood, not just blood plasma, which is a bigger challenge,” Tanak said.

Tanak – under the mentorship of Shalini Prasad, head of the UTD bioengineering department, and Sriram Muthukumar, a UTD bioengineering professor – has identified speed as a major challenge but also an important factor in upcoming improvements. COVID-19 has a brought a wave of innovation, especially in biotech, so although hopeful, Tanak said that the biotech innovation is quite complex.

“In terms of getting (the device) out on the market, it has to be FDA approved initially,” Tanak said. “Eventually, we want it to be used in a hospital and in an indoor setting. In terms of cost, we see the cost (of a sepsis test) being significantly reduced; it could be as low as $20-$25.”

At present, the device can only be used once by a single person. However, the team is currently moving towards a cartridge-like system, allowing one person to use it multiple times.

“It is not a very simple journey,” Tanak said. “Multiple failures, though, make you go more vigorously towards your aim because if you get everything in the first try, you won’t know the worth of it. Don’t lose hope.”