How quarantining at Canyon Creek has been streamlined 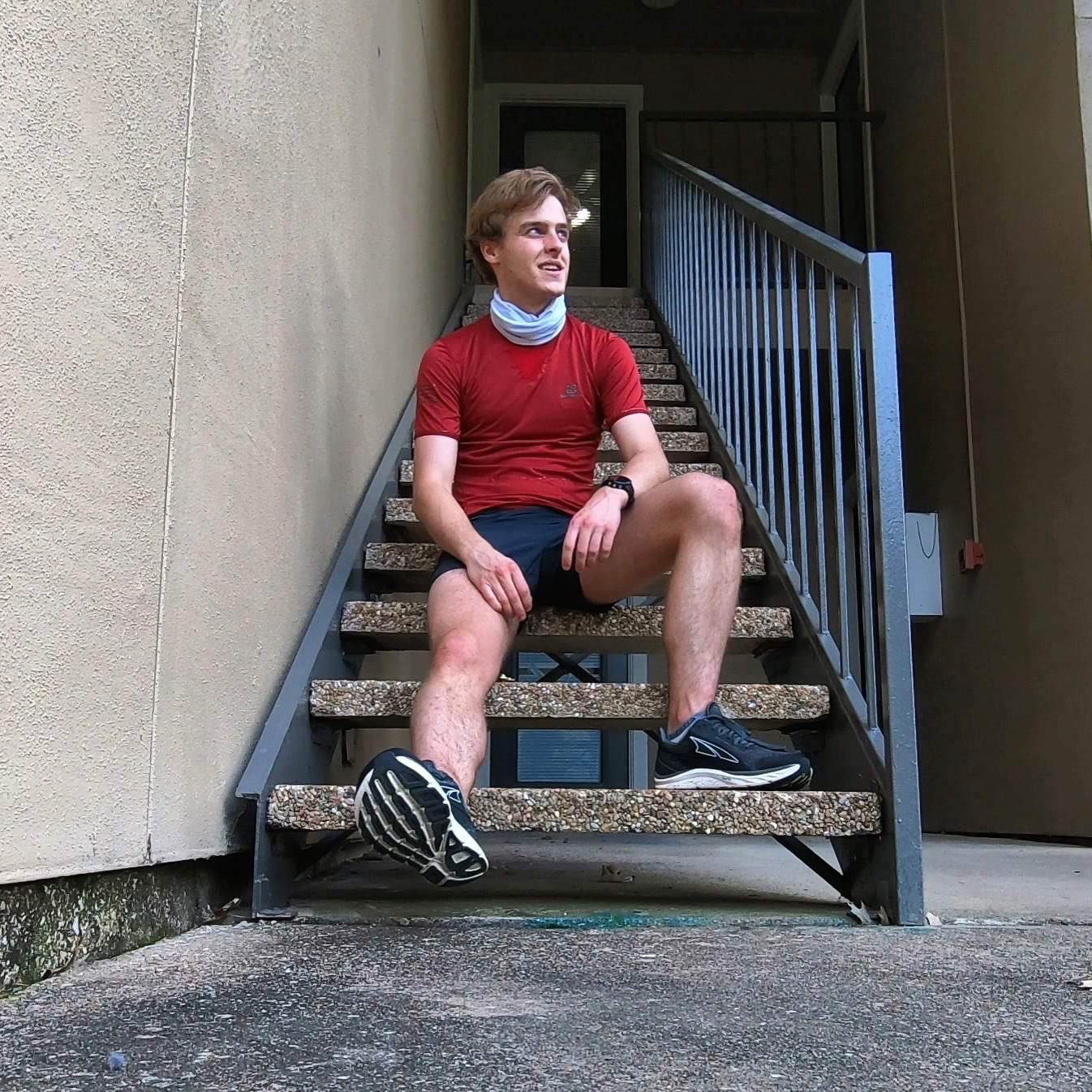 Christian Kondor – who did not display COVID symptoms during his quarantine period – said he was grateful to everyone who made the isolation process in Canyon Creek go as smoothly as it did. (Photo courtesy of Christian Kondor).

While isolating on campus may not be the preferred option for Comets, UTD is attempting to make the process as seamless as possible for students who either cannot or chose not to spend their quarantine period at home.

Associate Vice President for Student Affairs Matt Grief said there is a systematic process for getting students into, through and out of their quarantine accommodations.

“Once a student is identified as needing to go into quarantine, we have staff who live on campus – the residence hall coordinators – who work closely with the student to make sure that they get transferred (to) Canyon Creek Heights North,” Grief said. “Because all of those units are furnished, all the student typically needs to bring is bed sheets, towels, clothing, their computer and whatever else they need to function for a 10–14-day isolation.”

The process of transferring students between residences is highly expedited. Assistant Director of Residential Life Kathryn Farrell said that it’s usually about a two-hour timeframe between when coordinators are assigned to a student and when a student checks into their isolation residence.

While the university can provide transportation to students during their transfer, Associate Director of Housing Operations J.C. Stoner said that it is only employed for those who cannot move from their usual campus residence to Canyon Creek Heights North.

“Due to the health and safety concerns, as well as the equipment we have available, (university) transport of students is only after all other avenues have been explored and exhausted,” Stoner said.

After a student moves out, Stoner said, the rooms are left unoccupied for a minimum of five days. Residences of students who tested positive for COVID-19 or displayed symptoms during their isolation will then be cleaned by a professional sanitation company. After those procedures, UTD Housekeeping will prepare the rooms for a new occupant, restocking any necessary supplies like toilet paper and trash bags in the process.

Once students are in the isolation facilities, they’re expected to remain there at all times until their isolation period elapses. Services that cannot be conducted in-house are covered by the university: for example, trash is collected from the doorstep twice a week, and a laundry service is available if necessary. Three daily meals are also provided, delivered twice throughout the day. If a student has any dietary restrictions, the coordinators document them during the transfer process to ensure the food is prepared accordingly.

“Alongside dinner, (students) now get a continental breakfast for the next day. We learned that this was easier than trying to wake college students up at 8:00 AM, and it’s seemed to go over positively,” Grief said.

After students are situated in isolation, they are connected with a dedicated ResLife staff member. Bi-weekly check-ins provide a chance for the coordinators to keep tabs on Comets in isolation and provide for anything that may have previously been missed.

Christian Kondor, a mathematics senior and student-athlete with the UTD cross-country & track teams, said that moving into on-campus isolation was fairly straightforward.

“I only have about two weeks’ worth of clothes, so I pretty much dumped all of my stuff into a suitcase, grabbed some school-equipment and went,” Kondor said. “I got to Canyon Creek and called the housing people, who had me surrender my housing key and then gave me a room number and handed me a temporary keycard since I had no clue where my Comet Card was.”

Kondor said he was generally impressed by the accommodations provided by the University.

“I had never been in Canyon Creek, and I have to say, it was a nice apartment. The only truly disappointing things were a) the windows didn’t open and b) there was no trashcan provided, despite there being several trash bags,” Kondor said. “For meals, they gave me the option to have groceries delivered or get on the University meal plan. I did not feel like lugging a bunch of cookware over there or stealing it from my roommates, so I took the free dining-hall stuff … and honestly, one of the nicest things (about isolation) was not having to pay for groceries for two weeks.”

However, the trash collection, Kondor said, could have been a bit more frequent than the twice-a-week schedule employed by the University.

“I got into the habit of having to stick unfinished meals into the freezer until trash collection days to mitigate the smell. This is where having every-other-day collection, as well as a trashcan, could’ve been more helpful.”

Though the infrequent trash collection was an obstacle, Kondor, who did not suffer symptoms of COVID-19 during his quarantine period, said it wasn’t the biggest challenge.

“Isolation hits hard,” said Kondor. “And having 20 paces of freedom – trust me, I counted – was awful. That said, FaceTime calls with friends were extremely helpful, and some people I was close with came and stood outside the window, and we had phone calls where we could at least see each other.”

Ultimately, though, Kondor was grateful to everyone who made the isolation process go as smoothly as it did.

“I want to emphasize that the people who are running this process are nice, good people and doing their best. I really appreciated the work they did to both facilitate the quarantine and support me throughout it,” Kondor said.